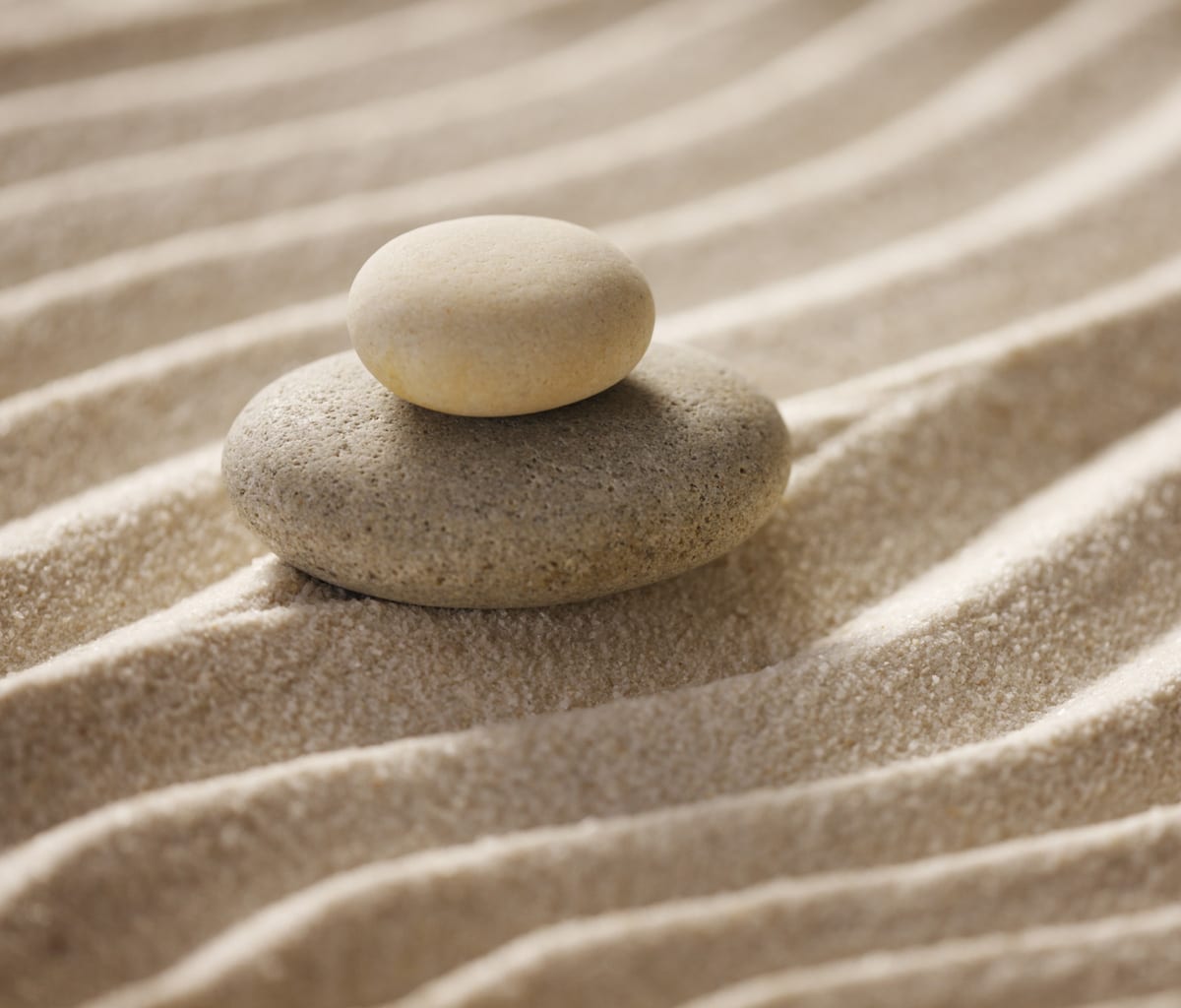 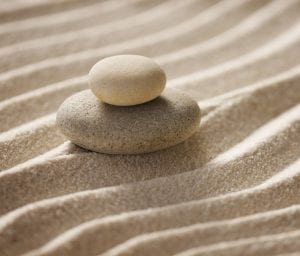 The school of meditative Mahayana Buddhism was introduced into China at around 520 by Indian monk Bodhidharma. The Japanese Zen derives from Chinese Chan Buddhism and was introduced by Eisia.

The purpose is to lead to sudden, intuitive enlightenment as the split between rational and irrational is transcended and the Buddha within is found.

The paradox of Zen may be glimpsed by the following poem,
“When one looks at it, one cannot see it; When one listens for it, one cannot hear it; However when one uses it, it is inexhaustible.

Bow, arrow, goal, and ego all melt into one another.

The need to separate has gone.

Zen fencing is a spiritual discipline.

It is another way of pursuing no-mindness.

The sword and swordsman become one.

Thoughts and feelings drop away as the swordsman returns to his original mind.

Zen in the Art of Archery is a short book written by Eugen Herrigel which brought Zen to Europe after World War II. The book was first published in 1948, in Germany.

From it`s beginning Zen has found a natural affinity with the ink brush.

Zen practitioners were capable of the most creative expression in calligraphy.

The Zen painter approaches his canvas as part of his practise, as contemplation, “empty canvas, blank mind”.

Beauty is a secondary consideration.

A loaded ink brush is used on white silk or rice paper.

Awakening or Satori or Kenso is the fundamental aim of Zen.

Enlightenment is about seeing into your nature.

It is about realizing your own Buddhahood.

Enlightenment is about freeing yourself from the cycle of birth and death.

Enlightenment is to die completly and then come back to life.

“Late one night a female Zen adept was carrying water in an old wooden bucket when she happened to glance across the surface of the water and saw the reflection of the moon. As she walked the bucket began to come apart and the bottom of the pail broke through, with the water suddenly disappearing into the soil beneath her feet and the moon’s reflection disappearing along with it. In that instant the young woman realized that the moon she had been looking at was just a reflection of the real thing…just as her whole life had been. She turned to look at the moon in all it’s silent glory, her mind was ripe, and that was it…Enlightenment.” CHIYONO– NO MOON, NO WATER.

ZEN AND THE ART OF TEA

Tea and Zen have been connected since the time of Bodhidarma.

The art of tea aims at simplification.

It consists simply of boiling water, preparing tea and drinking it.

It conjures up harmony, purity, tranquillity and solitariness.

It has influenced the art of flower arranging and pottery.

The ceremony is practised in a simple thatched hut.

No more than five guests can be in the tea room.

They are welcomed by the singing of the kettle.

The state of forgetting one’s own heaviness.

Becoming one with time, place, and circumstances.

Becoming one with what one is doing; that which comes forth when one becomes the life of the moment.

Collected concentration in which subject is no different from object.

Samadhi is a Hindu and Buddhist technical term that usually denotes higher levels of concentrated meditation, or dhyana, in Yogic schools, and is considered a precursor for enlightenment, or Nirvana, in Buddhism. It is the eighth and final limb of the Yoga Sutra of Patanjali, and comprises the pinnacle of achievements in Samyama, the three-tiered practice of meditation including also dharana and dhyana. It has been described as a non-dualistic state of consciousness in which the consciousness of the experiencing subject becomes one with the experienced object, and in which the mind becomes still (one-pointed or concentrated) though the person remains conscious. Within Hinduism there are other uses of the term. Sahaj samadhi is the effortless and continual state of perfection. Samadhi can also refer to the mausoleum of a saint, or spiritual leader.

The laws of the mind to which the Buddha was awakened.

The laws that govern the existence with which each person is endowed.

While each person is still individually different, each also has a unifying, undifferentiated mind.

Dharma is a central concept in Buddhism.

Qualities of Buddha Dharma
The Teaching of the Buddha also has six supreme qualities:
(Svakkhato) The Dharma is not a speculative philosophy, but is the Universal Law found through enlightenment and is preached precisely. Therefore it is Excellent in the beginning (Sila Moral principles), Excellent in the middle (Samadhi Concentration) and Excellent in the end (Panña Wisdom),
(Samditthiko) The Dharma can be tested by practice and therefore he who follows it will see the result by himself through his own experience.
(Akaliko) The Dharma is able to bestow timeless and immediate results here and now, for which there is no need to wait until the future or next existence.
(Ehipassiko) The Dharma welcomes all beings to put it to the test and come and see for themselves.
(Opaneyiko) The Dharma is capable of being entered upon and therefore it is worthy to be followed as a part of one’s life.
(Paccattam veditabbo viññunhi) The Dharma can be perfectly realized only by the noble disciples (Ariyas) who have matured and enlightened enough in supreme wisdom.
Knowing these attributes, Buddhists believe that they will attain the greatest peace and happiness through the practice of their Dharma. Each person is therefore fully responsible for himself to put it in the real practice.

Haiku is not zen, but zen is Haiku.

Haiku is the shortest form of poetry in world literature.

It`s little lines of 5-7-5 syllables are capable of expressing deep feeling and intuition.

There is no symbolism or egotism in Haiku.

Haiku shows us how see into the life of things and gain a glimpse of enlightenment.

Haiku knows when enough has been said.

Haiku is a kind of Japanese poetry. Previously called hokku, it was given its current name by the Japanese writer Masaoka Shiki at the end of 19th century. Shiki suggested haiku as an abbreviation of the phrase “haikai no ku” meaning a verse of haikai. A hokku was the opening verse of a linked verse form, haikai no renga. In Japanese, hokku and haiku are traditionally printed in one vertical line (though in handwritten form they may be in any reasonable number of lines). In English, haiku are usually written in three lines to equate to the three parts of a haiku in Japanese that traditionally consist of five, seven, and then five on (the Japanese count sounds, not syllables; for example, the word “haiku” itself counts as three sounds in Japanese (ha-i-ku), but two syllables in English (hai-ku), and writing seventeen syllables in English produces a poem that is actually quite a bit longer, with more content, than a haiku in Japanese).

As the name Zen implies, Zen sitting meditation is the core of Zen practice and is called zazen in Japanese (??; Chinese tso-chan [Wade-Giles] or zuòchán [Pinyin]). During zazen, practitioners usually assume a sitting position such as the lotus, half-lotus, Burmese, or seiza postures. To regulate the mind, awareness is directed towards counting or watching the breath or put in the energy center below the navel (Chinese dan tian, Japanese tanden or hara).[19] Often, a square or round cushion (zafu, ??) placed on a padded mat (zabuton, ???) is used to sit on; in some cases, a chair may be used. In Japanese Rinzai Zen tradition practitioners typically sit facing the center of the room; while Japanese Soto practitioners traditionally sit facing a wall. In Soto Zen, shikantaza meditation that is, a meditation with no objects, anchors, or content, is the primary form of practice. The meditator strives to be aware of the stream of thoughts, allowing them to arise and pass away without interference. Considerable textual, philosophical, and phenomenological justification of this practice can be found throughout Dogen’s Shobogenzo, as for example in the “Principles of Zazen”[20] and the “Universally Recommended Instructions for Zazen”.[21] Rinzai Zen, instead, emphasizes attention to the breath and koan practice (q.v.). The amount of time spent daily in zazen by practitioners varies. Dogen recommends that five minutes or more daily is beneficial for householders. The key is daily regularity, as Zen teaches that the ego will naturally resist, and the discipline of regularity is essential. Practicing Zen monks may perform four to six periods of zazen during a normal day, with each period lasting 30 to 40 minutes. Meditation as a practice can be applied to any posture. Walking meditation is called kinhin. Successive periods of zazen are usually interwoven with brief periods of walking meditation to relieve the legs.

Meditation, sitting in which one cuts all connections with the external world and lets go of all concerns within.

Zazen is at the heart of Zen practise.

Zazen is different from other meditation in that it uses no meditation object or concept to focus on.

The aim of Zazen is to first still the mind.

Then after years of practice to reach a state of pure thought free wakefulness so that the mind can realize it`s own Buddha nature.

Specific words and experiences of the ancients that cannot be solved by logic or rational thought.

People of Zen training use them to cut dualistic thinking, awaken to their Buddha nature, and rid themselves of ego.

Perhaps no other aspect of Zen is as puzzling as the Koan.

Koan is not a riddle nor a paradox to shock the mind.

The Koan is an integral part of a system developed over centuries.

There are around 1,700 Koans in existence.

The Koan can question, excerpt from the sutras, word exchanged in a mondo, episode in the life of an ancient Master or another fragment of teaching. Zen teachers advise that the problem posed by a koan is to be taken quite seriously, and to be approached as literally a matter of life and death. While there is no unique answer to a koan, practitioners are expected to demonstrate their understanding of the koan and of Zen through their responses. The teacher may approve or disapprove of the answer and guide the student in the right direction. There are also various commentaries on koans, written by experienced teachers, that can serve as a guide. These commentaries are also of great value to modern scholarship on the subject.