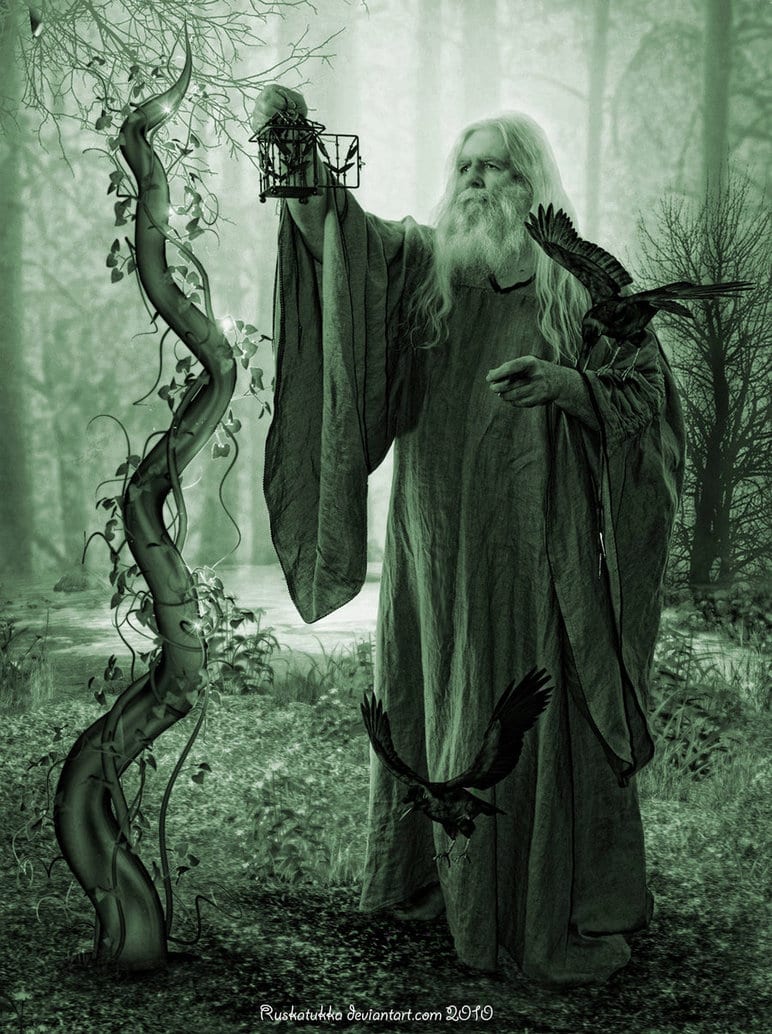 To Tinker with the Multiverse

“When a lesser body enters a greater, though the two are inseperable, the smaller constitutes a fragment of the whole. The mind that returns to the source becomes the source.” — David Zain
The art of the Wizard is one that has always been buried in misconception, even from the first uses of the word in association with practitioners of magic. Etymologically, “Wizard” traces back to the meaning “Wise Man”, more or less. The art of Wizardry has always consisted of a rather intangible concept — that of being a master of the universe around them — which keeps even the seasoned magician baffled. The far-seeing eye of the Wizard is something which has earned the caste a great deal of respect over the ages as wise men, soothsayers, and ones to turn to in the time of need. Having an adept understanding of the workings of the world, the calculating mind of the Wizard is truly something to admire. Their skills focus on the use of other planes in such a calculated and perfect way as to know the workings of this plane as well, and to be able to use this knowledge to their benefit as necessary.

The primary playground of the Wizard is the well-travelled, well-known “Astral plane”. This is one among many planes which exist, and one which responds to the thought of the observer. The Wizard makes extensive use of the malleable properties of this plane and projects to it often as a means of gaining more information about a given situation. On the astral plane not only can a real and current situation be duplicated, but it may be played out in advance to foresee (albeit in a limited fashion) the outcome if variables do not change and supposing that the initial projection of the wizard was accurate. Though this ability is novel and useful in its own right, it would be much easier to simply turn to divination if that were the end of it. In addition to the current scenario being projected onto the astral plane, new objects, variables, and modifications may be added at will to use the plane as somewhat of a testing ground in which the Wizard may discern the most expedient means to continue in the mortal realm at no expense to themself. This can be done on a very small scale as in, for example, tossing a rock in a pond and seeing where the ripples go, or on a larger scale such as what a shower of boulders into an ocean might do. The example is obviously silly, but the point remains — any scenario may be tested using the projective power of a Wizard. This special knowledge allows the practitioner to always be in the right place at the right time and be prepared for anything they might have foreseen. It must be noted and stressed, however, that an incorrect projection of the nature of the real world onto the Astral plane results in incorrect results and distorts the astral experiment. The art of the Wizard then, in this facet, is to refine emulation of the real world and the new variables (if any) introduced. This plane is useful for more than reality simulations, however. The fact that movement on the astral plane churns at the speed of thought itself, and the other point that the mortal world is visible from the Astral plane makes it a splendid tool for remote viewing.

While foreseeing the mechanics of the mortal world and observing it in either its current state or its plethora of potential forms, the wizard is also given an opportunity few are afforded — encounters with astral entities. The astral plane is not uninhabited if one looks closely enough. Encounters of all sorts with creatures of varying types are common enough on the astral plane. Among other things there are other humans out there, but report of demons, and moreso angels, are commonplace. The crystalline astral plane is a cosmic observatory from which many creatures influence earth. The why and how is left for the practitioner to discover, if they wish, but the fact remains that it is a definite advantage to be able to communicate with beings which have more knowledge and skill than oneself. It should be noted that, as with any entity on any plane, the truth of its information and discerning precisely what interests the entity has in revealing information is sketchy at best. Using plain sense, intuition, and deduction, a great deal of misinformation may be cast aside and the chaff may be separated from the wheat. Also with these entities, as with real life in the mortal plane, some may be hostile and some may be friendly. Being cautious in all cases is ever-important until one understands precisely whether the entity can be called friend or foe. In case of trouble, there is a distinct advantage: simply dropping back into the physical plane until trouble subsides. Though the astral plane does indeed affect the physical realm, it is rarely a powerful effect. Taking refuge on this level of existence is always a possibility in the beginning stages of experimentation while one is still unfamiliar with working on such a level.

Having the knowledge of the astral entities (of varying degrees of validity), the ability to work out the results of any given scenario (depending on the Wizard’s skill), the only thing left is execution of change on the mortal world. This is also be done from an otherworldly vantage. Instead of sudden and blatant changes, minor modifications may be made to the mortal world which in the end make drastic change on the outcome of an event. The wizard so totally may master their environment through their foresight and ability to effect changes from the other realms that it seems like no effort at all to make huge changes without making a scene. The subtle perfection of making minor changes on the pristine astral plane allows for a grace not found in other arts. By influencing events one way or another, be it few or many, in different strengths and combinations, even enormous change can be effected. The precise mystic coordination of the Wizard, combined with their foreknowledge and pivotal tinkerings allows for the most genuinely subtle method of molding the world. In a plane where reality is shaped by thought, the wizard is Master. The ability to bring these changes down onto the physical realm enables for vast and varied abilities limited only by imagination and skill. The ability to cause these changes is perfected into an occultic science through Wizards, and in time their profound familiarity with the nature of interplanar changes allows for a respectable repertoire of abilities and gifts. The eloquent beauty of appearing to do little but change much has earned Wizards honour and respect throughout the ages, and rightfully so. Best of luck to those who embark down this path, as the rewards are virtually limitless.