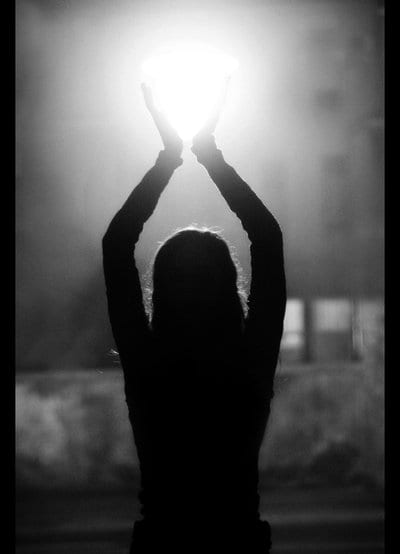 The White art practitioner has among the easiest arts to advance in. The idea behind it is simple: statis and purification. “Negentropy”, as it has been called. Purity and the harnessing of power to the most refined level is the ultimate goal of advanced white magic.

The main focus for you, as a caster of this sort now, would be to learn the basic uses of herbs, oils, runes, and stars, moving eventually to the highest power of White Light. These former references can be used to find sources of White Magic information, though they are meaningless within themselves. The creation of familiar spirits is a topic that some choose to study as well when wishing to learn about purification and delicate control over one’s environment.

Incidentally, they are also useful for locating information and prompting the caster in the right direction while studying. The more advanced caster may wish to create a magical “node” in which they can exercise absolute magical authority when they need to. A node is a concentration of magical energies into an area for experimental or emergency purposes. This favoured method of practice is an ethereal saturation of a given area with the energy that is known as “White Light”, famous in the New Age movement, and is the basis for White Magic spells.

The caster can shape the magical auras of the trees, rocks, plants, and other items to concentrate on a nexus, thereby making it a magical focal point for them to continue their work. Often considered a form of protective magic, it is not limited to offensive or defensive strictures. The applications of white magic, as with every other caste magic, are manifold. Learning how to neutralise an area and experiment with cleansing an area of magical influence is one of the most famous aspects of white magic, along with the ability to mute the spells of other casters or to calm natural mystic phenomenon.

The White Mage can be a powerful practitioner with far-reaching influence on their world. Enjoy the excursion into the white, protective, and healing arts.