What Is Psychic Ability? 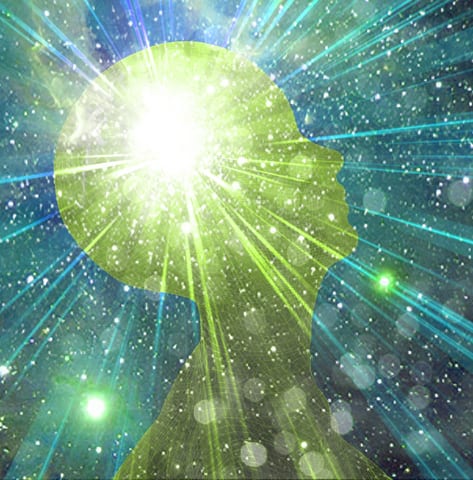 An Overview of Psychic Abilities

Did you know that you are psychic? You are, even though you may not think so. Many people do not understand this special ability. It is often unwelcome and misunderstood, not only by the psychic himself, but by family, friends, and strangers alike.

Everyone is psychic. You were born with at least one special gift already imprinted in your soul. Everything that you have experienced so far in this lifetime has helped develop your ability. Your psychic ability, like any other talent or characteristic, is a product of your physical self, your environment, your relationships, and your inherited genetics.

Unfortunately, the idea of being psychic often conjures up the image of gypsy fortunetellers or pay-per-minute telephone psychics. Many who claim to be psychic are really ready to fleece you out of your hard-earned money with their “mystical insights.” They are masters at tricking their clients into giving them information they can use as if it came from the realm of the psychic.

Similarly, many books talk about developing and using your hidden psychic power as if it were a force that could help you control the world around you. You may be told that you can manifest your destiny, enjoy perfect health, and find wealth and prosperity with the powers you have within. As a result, many try to misuse their gifts for self-gain rather than for benefiting the Universe and helping their souls progress along the journey of understanding.

Fact
The word “psychic” comes from the Greek word psyche, “spirit” or “soul.” In Greek mythology, the soul is personified by Psyche, a girl who loved one of the gods and suffered through many trials because of it. Through her suffering, she became a great soul (or soulful). Everyone gets his or her psychic information through an individual connection with his or her spiritual side. The way you make your connection is different from anyone else’s way.

Each soul has a map to follow during its lifetime. The map should be used as a guide to learning life lessons and resolving old karma. Whether or not they choose to follow this map is each person’s individual choice.

Some people see life as a battlefield. They are constantly facing one crisis after another. They find themselves drained of any creative energy that could help them move forward. They do not know how to step back and find a different view of their own situation. They do not understand that their own failure to recognize their intuitive guidance system, which is in place and waiting to be set in motion, is what creates part of their dilemma.

You can’t turn your psychic gift on and off like a water faucet. Once the tap is opened (whether knowingly or unknowingly), it may be difficult to shut the flow off again. Sometimes even when you want to turn it on, nothing comes through. It is a connection with the portion of yourself that flows from the soul. It is your free will to choose to become in tune with your psychic ability.

Because it is different for every person, it is impossible to explain exactly what the psychic process is like. No one else has a mind that is identical to yours. Many psychic courses designed to help enhance intuitive abilities are presented in a model that the instructor uses. If you, the participant, are not of a similar mind, your initial enthusiasm can easily turn to frustration.

Your mind receives external stimuli through five different senses: sight, sound, touch, taste, and smell. You remember past experiences internally through these same five senses. Each of you, however, processes these memories in different ways.
Remember that you are the keeper of your own ability. It is there waiting to be set into positive use. No matter what you read or others tell you, it is your soul that knows the answers. The goal is for you to be able to identify and become comfortable with your own special psychic abilities. In you, as in everyone, they are truly a gift to be shared with the world.

Psychic traditions have existed since the beginning of recorded history and were present in one way or another in ancient cultures throughout the world. The royalty of many cultures used divination to seek guidance in war and to forecast natural disasters such as drought and floods. Ancient Chinese diviners cast bones and yarrow sticks and interpreted the way they fell. The prosperity and lifestyle for many of the diviners to the court greatly depended on the success of their predictions.

In the ancient Middle East, the psychic powers were practiced by the prophets, as described in the Old Testament of the Bible. In Africa, the ancient peoples used trance states, achieved through the use of hallucinogenic plants as well as dancing, singing, and chanting, to contact the spirit world. The Egyptians communicated with their dead, forecast future events, and aligned their pyramids with star formations. Aristotle discovered the Egyptian technique of palmistry, which is still practiced today.

The Greeks used oracles at sacred locations to give prophecies of the future. The Romans sacrificed animals and studied their entrails for events yet to come. They also looked to the stars for messages from beyond.

Early American psychic practices have also been documented. The Aztecs in Mexico used astrology and oracles, while the Incas in Peru received their information from patterns they saw in grains of corn and coca leaves. Native Americans from what is now the United States and Canada followed many practices similar to those of the Africans, including singing, dancing, chanting, and using hallucinogenic substances to connect with the Great Spirit. When males reached puberty, they would enter the wilderness to meet the Great Spirit, who would be there at the end of their lives to help them move on to the next world.

Shamans, priests, priestesses, and medicine men, as well as others trained in their culture’s mystical traditions, set out through their minds on sacred journeys to other realms in order to retrieve revealing information for the future. The key to these journeys was the ability of the travelers to be induced into a deep trance state.

Nostradamus was the best-known psychic of the Middle Ages. He wrote almost a thousand prophetic verses in combinations of several different languages, including French and Latin, in a verse form known as quatrain, with each stanza consisting of four lines that rhyme alternately. The real key to the writings of Nostradamus may never be totally understood.

Nostradamus was a French physician (1502–1566). His work, The Centuries, was published in 1555 and brought him fame as well as an appointment to Catherine de Medici’s court as her personal astrologer. Centuries is still analyzed today by scholars looking for references to the world’s future.

After the Middle Ages and the Renaissance, during the Age of Reason, beliefs in supernatural powers waned, but they were reborn again with the help of the Spiritualist Movement. The groundwork for the movement began with Emanuel Swedenborg (1688–1772). Swedenborg was fifty-six when he first began to pay attention to his psychic abilities. He learned how to go into deep trances and communicate with the dead and the angels. Then he would write down the communications he received. Some of his trances lasted up to three days.

Swedenborg believed in God and in the existence of heaven and hell, but he thought that individuals choose the heaven or hell that they visit in the afterlife. Their behavior on earth determines their afterlife experience. The Church of the New Jerusalem was established as a direct result of Swedenborg’s writing and teachings.