What Happens While We Sleep: A Spiritual Perspective

Home » Blog » Divination » Dream Interpretation » What Happens While We Sleep: A Spiritual Perspective 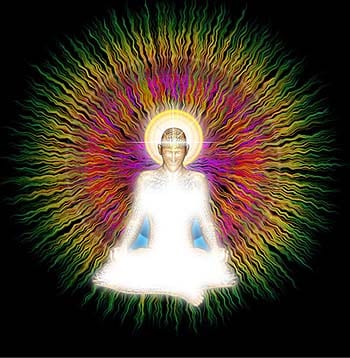 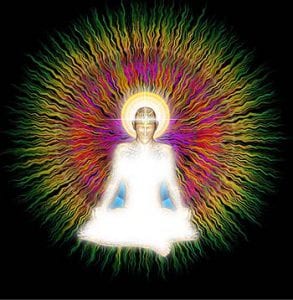 The body is a miracle of organization and intelligence in which life is continually renewed and energy continually replenished so that the total organism can continue to live. Sleeping involves part of this renewal, and is a process through which the higher vibrations of light are permitted greater access to the physical body because the emotional and mental components of personality that are often limiting factors in the awake state are no longer present while one sleeps. Although dreaming produces mental and emotional content and therefore creates emotional states, the content of these is part of the sleep state itself and not a barrier to the energies that would restore, heal, and rejuvenate.

The quality of sleeping has a great deal to do with the amount of restoration that can take place. Deep sleep produces not only different brainwave patterns, but also permits a greater influx of light energy into the cells and tissues so that toxins can be removed and greater energy can be infused on a cellular level. This does not happen in any kind of conscious way. It happens because of the nature of the human body which has never truly been separated from the higher realms of light, despite one’s waking experience. At night, this body rejoins its higher counterparts that are the non-physical energy bodies, and a more seamless union of different aspects of one’s being takes place than can normally occur during daytime functioning.

The infusion of light is not the only thing that can occur during sleep, however. It is also possible for a soul to decide to continue their experiences with other realms while they sleep or to receive teachings from Beings with whom they have had an ongoing soul relationship. Such nighttime experiences are not unusual even if not recalled, and many people benefit during the daytime from learning acquired at night which is unknown to them, but which occurs to their conscious mind as insight or inspiration later on. Much of this insight has taken place during the sleep state, when access to one’s own higher intelligence as well as to the help and teachings of others, can infuse the mind and the understanding and be held there till such time as the conscious mind can retrieve the information or inspiration.

For those who have sleeping difficulties, there is very often a preceding difficulty that has occurred in relation to connecting with the spiritual realms. Often, something has occurred during previous lifetimes which has created a greater separation between one’s embodied self and the higher self and higher energy bodies that exist on other planes. Because of this preceding separation, during the night when one wants to be asleep, it is often difficult to do so because the seamless transmission of energy from one level of being to another cannot smoothly take place. Where this is the case, there may be longstanding problems with sleep and much wonderment about what the cause might be. Often, the cause is not physical but spiritual and energetic, that is, it is related to the perceived separation of physical life from spiritual life and the manifestation of that sense of separation through sleeplessness.

Much healing is possible at night, including healing of sleep disturbances as well. If there is a possibility for one in need of healing to relax, and instead of trying to sleep, rather to try to enter an intermediate ‘twilight’ zone of being partly asleep and partly awake, it is possible to rest in this state and to gain much of the nourishment from the upper realms that one would normally gain during deeper sleep. Healing of other kinds is also possible, for the relationship with the spiritual realms continues whether one perceives it to be so or not, indeed, whether one seeks it or not, and helpers of all kinds are available when called upon to help address problems, both emotional and physical, that may be troubling during the day.

The capacity to enter a deeper state of sleep is one that needs to be appreciated as part of the extraordinary complexity and beauty of the way the human body has been fashioned, for there is a self-maintaining function built into the body itself which renews itself, heals itself, and restores a sufficient amount of energy after it has been depleted so that the body can remain in a viable state for experiencing life within the physical realm for many years. As more light becomes present on earth and infuses the cellular structure of people’s bodies, this capacity for renewal and sustenance will become much more available, and many of the ailments that are currently produced by insufficient energy or insufficient life-force will disappear in the presence of greater light.

For additional writings by Julie Redstone see Pathways of Light. For a deeper understanding of how to bring more light into the body for purposes of nourishment and healing, see the Calendar of Light and other Calendars by Light Omega.