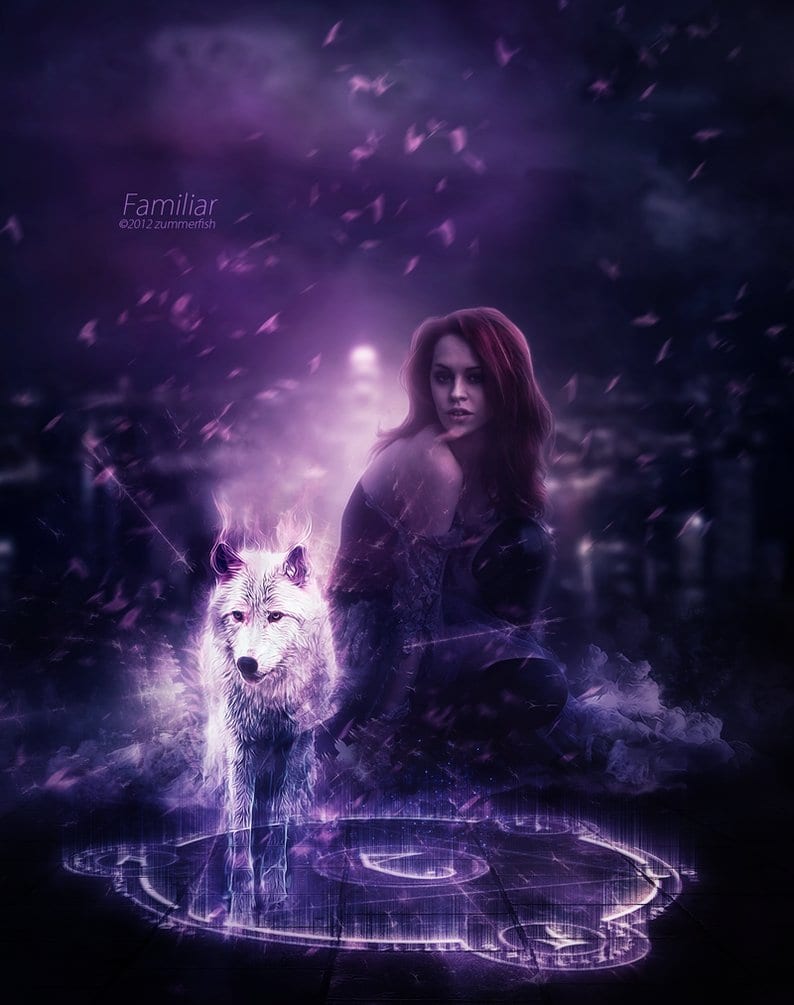 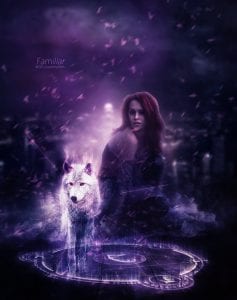 Totem animals or familiars are talked about a lot in the Pagan community. What exactly is this concept? A totem or familiar is an animal that works with you in mediation, spells, rituals, daily guidance etc. The animal can be an animal that is involved in your everyday life such as your cat, dog, lizard, bird or the animal takes shape in an astral/spirit form.

Totems or Spirit Guides– Several different cultures believe in totems or spirit guides. Some believe that we are each born with a spirit guide that stays with us the rest of our lives, who guides us down the path we were meant to tread but if we stop listening to our guide we will fall off the path. Totem beliefs vary immensely as some believe they are like spirit guides and stay with us and others believe they are only here as we need them (example: if you need courage you might receive a vision of a lion or some other courageous animal).

Power Animals– A lot of cultures believed in power animals at one time. They would believe that if they ate a piece of the animal it would in turn impart the qualities they needed from that particular animal. Native americans did not do this practice as far as I know but other primitive cultures did. Today native americans and alot of wiccans believe that by visualizing the animal or dreaming about the animal will impart those same qualities.

Animal Familiars– Early european pagans mainly those of the witchcraft religion had what are called familiars (example: the infamous black cat). Familiars are animals that the witch has formed a psychic bond with. They help in the circle by aiding in energy and make wonderful companions. The death of a familiar can be quite devastating to the witch. A common misconception about familiars is that they are an extension of the witch, they are breathing living animals with minds of their own.

It is believed that each of us is born with 9 animals who bring teachings and messages for greater understanding and insights for our benefit throughout our lifetime. Two of those animals are permanent and never leave us.. They are our primary totems and sometimes called Power Animals. They are not necessarily exotic animals and we usually know them by instinct because we are especially attracted to them throughout our lives – sometimes even dreaming about them. One walks on the left to guard and guide the feminine side of our energies while the other walks on our right to guard and guide the masculine characteristics.Those with a female totem on the right and a male totem on the left are born with a special kind of energy balance and usually have very important Spirit work to do in their lifetime.

To discover the remaining 7 totems, we should read and learn as much about animals and their physical characteristics as we can. One excellent book for this is Animal-Speak by Ted Andrews. Psychics, people who do healing and special work with animals, and others who have a good understanding of animal energies, should also be able to help. Those who meditate can ask for the animals to show themselves during meditations and identify themselves as totems. The animal chooses the person, not the other way around. Many believe that they can just choose an animal and start communicating with it.. usually ego gets in the way at these times. The individual chooses the animal he or she believes to be the most glamorous and powerful, rather than what is harmonious to the individual. The results are ineffectual and often frustrating. No animal is better or worse than any other.

Every animal’s medicine is unque. It is always much better to be powerful in mouse medicine than to be clumsy and ineffectual in eagle medicine. You will find your greatest sucess in the animal that comes to you. Do keep in mind that your interactions with animal energies is not limited to those which have “specifically” called to you. Any animal may be called on “when you are in need.” If you’re feeling depressed think of Hummingbird for joy. When details are slipping through your fingers call on meticulous Mouse. If you’re having a communication difficulty ask for Dolphin’s help. Butterfly helps all those who are going through important life changes. Also keep in mind that while the attributes given to animals in most books on the subject are usually singular, each species (to say nothing of individual animals) has many other qualities. Squirrel, for example, is given the quality of Gathering, meaning gathering only that which is needed. For humans, this refers not only to material possessions but to the ability to shed old sorrows, fixations, beliefs. If you study Squirrel you will also discover that it is an incredibly inventive animal, and one which does not know the meaning of defeat. The squirrel-proof bird feeder has not yet been invented.