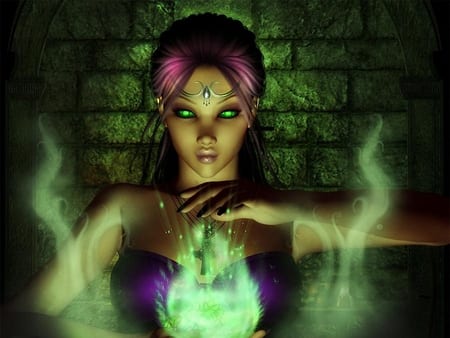 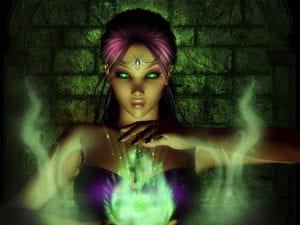 By now you’ve probably noticed there are many ties between magic and astrology. When doing magic spells, it’s a good idea to take astrological influences into account in order to choose the most auspicious times to perform spells and rituals.

Every four months, Mercury goes retrograde for approximately three weeks and appears to be moving backward. Because Mercury rules communication and thinking in general, your mind might not be as clear as usual during retrograde periods, and your ability to communicate with others may be hampered. Usually, these aren’t good times to do magic, as confusion and mistakes can occur.

Aligning yourself with planetary energies that support the nature of your spells can improve their effectiveness. Venus’s influences, for instance, can enhance love spells. Jupiter’s positive vibes can be an asset when you’re doing spells for career success or financial growth.

In early agrarian cultures, our forebears planted crops and bred animals in accordance with the moon’s cycles. Today, the moon’s influence on fertility, crop cycles, the ocean’s tides, and mundane affairs is still evident. In terms of casting spells, the moon is the most important of the heavenly bodies to consider. Magicians often time their spells to correspond to the movements of the “lesser light,” perhaps because the moon rules intuition and the emotions, two parts of the psyche that strongly influence magic.

As you probably know, the moon’s cycle consists of approximately twenty-eight days. Its waxing phase — the two weeks between the new and full moons — represents a period of growth. This is the best time to do spells designed to encourage increase, attraction, or prosperity. If you wish to attract a romantic partner, improve your finances, or boost your career options, do magic during the moon’s waxing phase. As the moon’s light grows, so will your blessings.

On the other hand, if your goal is to end something or decrease its role in your life, do magic while the moon is waning. As the moon’s shape diminishes, so will the matter about which you’re concerned. This two-week period is perfect for spells that involve such things as breaking old romantic ties, losing weight, eliminating bad habits, and reducing responsibilities at home or work.

Because the new moon supports the inception of new ideas, plans, projects, relationships, and activities, this phase augurs well for spells that involve beginnings. The full moon, two weeks later, will show the development of whatever you initiated during the new moon when the seeds you planted under the new moon bear fruit. In the bright light of the full moon, you can clearly see how your goals are shaping up and what steps you need to take (if any) to bring them to fruition.

The moon’s sign can influence a spell, too. Do love spells when the moon is in Libra, money spells when it’s in Taurus, and travel spells when it’s in Sagittarius. The moon remains in a sign for about two and a half days and completes a circuit of all twelve of the zodiac signs each month. Check an ephemeris to determine which days will support your intentions.

Despite the many sophisticated scientific developments in modern-day agribusiness, the Farmers’ Almanac still publishes information about lunar cycles. It’s not uncommon for farmers who employ advanced technical methods to also believe that the moon influences planting and harvesting cycles. Magicians, too, realize that you can reap greater harvests if you sow seeds (physically or symbolically) when the moon’s position supports growth.
Power Days

The ancients believed that a particular deity and/or planet governed each day of the week. You’ll notice that the names of the days derive from the heavenly bodies and the gods and goddesses who rule them.