The Truth of The Third Eye 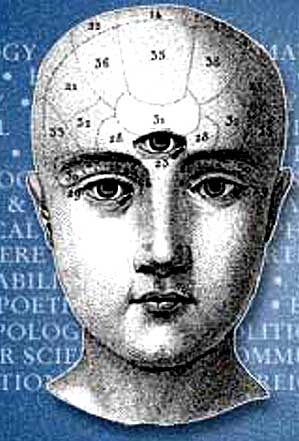 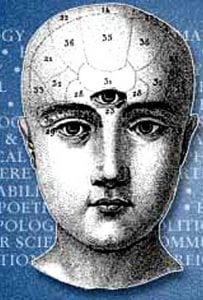 You probably heard of the remarkable third eye that has been said to give psychic abilities. With its fame came a lot of misconceptions and misunderstandings. What I am trying to do is to clarify these misconceptions and misunderstanding, teach you what it is and how to develop it. Overall, I want this article to give people the truth of the third eye.

Western occult and New Age have recently identified the mystical third eye to the Ajna chakra not found in the original Tantrika system. It has also been identified to the pineal gland.

The original Tantrika system mentions the Ajna chakra as having two petals (maybe because it is located between our two eyes). It is said to be white in color and means ‘command’ in the sense of spiritual guidance. Once you open this chakra you will have the power to command and order – whatsoever you say will happen, whatsoever you desire will happen.

The recent version of the Ajna chakra from Western occult and New Age means intuition, imagination and will give you psychic perception accurate interpretation, imagination, clear seeing, etc. The color is indigo. This and other such concepts are not found in the original Tantrika system.

Western occult and New Age also mentions that the third eye is the pineal gland. The pineal gland is about 8-mm x 5-mm or about the size of a grain of rice and is located deep in the center of the brain aligned between our eyes. its discovery was late in time due to its size. Scientist do not understand exactly what its function may be, but do agree that it is affected by light through secreting a chemical called melatonin.

It is clearly understandable the association made of the ‘magical’ third eye, the Ajna chakra, and the Pineal gland (Note that many recent articles have made mistakes in mentioning the Pituitary gland. This confusion is due more to the location of these glands and the likeness of the name. These authors really mean the Pineal gland). In the case of the Ajna chakra, religions have mentioned its location between the eyes, eyebrows, or at the center of the forehead and its association to light, which is why a lot of current meditation techniques involves focusing on the third eye while imagining a ball of bright light. These orthodox religion mentions that the activation of this chakra causes perfect knowledge, ultimate life, and is the elixir of immortality and spiritual light.

Western occult and New Age association of the third eye was also influenced from studies of the Pineal gland. Galen was the first to mention it to the West in the second century. He believed it to be a valve that regulated thought. Eighteenth century French scientist and philosopher Rene Descartes said that it was the chief interpreter of vision and mentions it as the seat of the human soul. Nils HolmgrenIn, a Swedish anatomist, was probably the first to name the Pineal gland as a ‘third eye’ when in 1918, he discovered cells that looked very much like cone cells of a retinal nature in the tip of the gland of frogs and dogfish sharks. Note that his meaning of the third eye is not the same as the Western occult or New Age.

Recent discoveries in animals have found that the Pineal gland effects day/night cycles, navigation, and in the case of the Western Fence Lizard, contains a photoreceptive element scientist called a ‘third eye’ that protrudes at the top of the head.

I believe that all of these common denominators have made the Western occult and New Age believe that the Ajna chakra, Pineal gland, and the magical third eye is the same thing, even though, they may not be.

Well, what are the capabilities of this third eye and how do we develop it? Later on, I will give you detailed instructions on how to perform the third eye focus technique exactly as instructed by the Yogis.

Many texts have claimed shifting of consciousness when the third eye is focused upon. Hypnotists usually induce hypnosis to a subject by having them look up at a shiny object, not only because it causes eye fatigue, but also because it causes the mind to accept suggestions easier. Yogis believe that concentrating on the third eye causes psychic powers for this same reason.

The power from the third eye focus technique comes from the ability to make a subject focus on a single thought. It is a powerful focus of the subconscious making the technique the easiest way to make your mind accept your most wanted desires. It is like a magnet, in which,once focused upon, all of your mental suggestions become sucked in by your subconscious.

The third eye is a direct doorway to your subconscious and that is why the Yogis believe that, out of all the meditation methods, the third eye focus technique is the best way to calm the scattered mind. These are the reasons I use it in the SUNEYE Methods.

It has made it extremely easy for my students and I to control a stressful mind. When focusing on the third eye, you easily loose awareness of your physical body. All of your trespassing thoughts dissipate and single-minded concentration on a thought increases.

The Yogis deeply believe that, once the Ajna chakra is opened through focusing upon, the powers of astral projection and dream control are achieved. They do not focus on the third eye chakra for these reasons, though, but to reach enlightenment.

The people that have tried the third eye focus technique in the SUNEYE Methods say that they notice an increase of clarity in their thoughts, as if their subconscious mind accepted every suggestion they inputted. When they stopped using it, their OBEs and LDs began to decrease. Mark tried the technique and realized how it focused his
self-hypnotic suggestions:

“By concentrating on my third eye, I found that no other thoughts entered my head. Except, those of “I will induce a lucid dream”, “I will induce an OOBE” and small clips of what it would be like to go to the place where I saw a couple of shooting stars when I had gone out the night before… I fell asleep quite quickly compared to other nights this week.”

Djey noticed immediate results using this technique in her meditation:

Jagan and I became really good friends during his training. He told me that his out-of-body experiences and lucid dreams were very blurred. I told him to try the third eye focus technique during his OBEs and LDs and see if it makes a difference:

“My scenery is not that bright during my OBEs. Last night I sat down on the floor during the OBE and meditated on my third eye. From then on, the scenery became vivid. Maybe that is what I have to do for some time before I continue with the rest of the experience.”

Method 1: With your eyes open, touch the center of your forehead with your finger. Try to look up at the spot where your fingertip makes contact with your forehead as best as you can. You will notice that looking at the point of contact is impossible, but this is how you want your eyes to be positioned.

Do not tense your facial muscles or wrinkle your forehead. Your eyes need to look up as best as possible towards your fingertip, but your surrounding eye and facial muscles should stay completely relaxed. Now, close your eyes while keeping that position. Keep practicing until you can roll-up your eyes as far as you can, with them closed, while keeping your face relaxed. Remember that you have to do this technique correctly every time or it will lose its power.

Method 3: Create the imagination (visualization) of a golden sun or flame between the eyebrows.

Method 4: Do method 2 while facing the sun on a bright day.

Motivation is the key – once you start doing the third eye focus technique for the sake of it – and not being motivated – the power it can give you will diminish.

The third eye technique will make you use your eye muscles like you have probably never used before. You might not get it correct the first time, but once you have exercised those muscles, the technique will make focusing on a thought extremely easy. Slight headaches usually are associated after using this technique, but they diminish after the second or third time.

Another person that have tried our SUNEYE Methods had problems doing the third eye technique her first time. Clairity soon realized that it became a lot easier the second time around.

“I went back to my couch, put my earplugs in, dimmed the light a little and did the third eye technique for 5 minutes. I find that what seems to work for me is stating “everything is a dream” and “I am dreaming” as I focus on my third eye. BTW, I can now roll my eyes to my third eye and hold them there until I decide to stop (I could only do this for less than a minute when I first started this technique).”