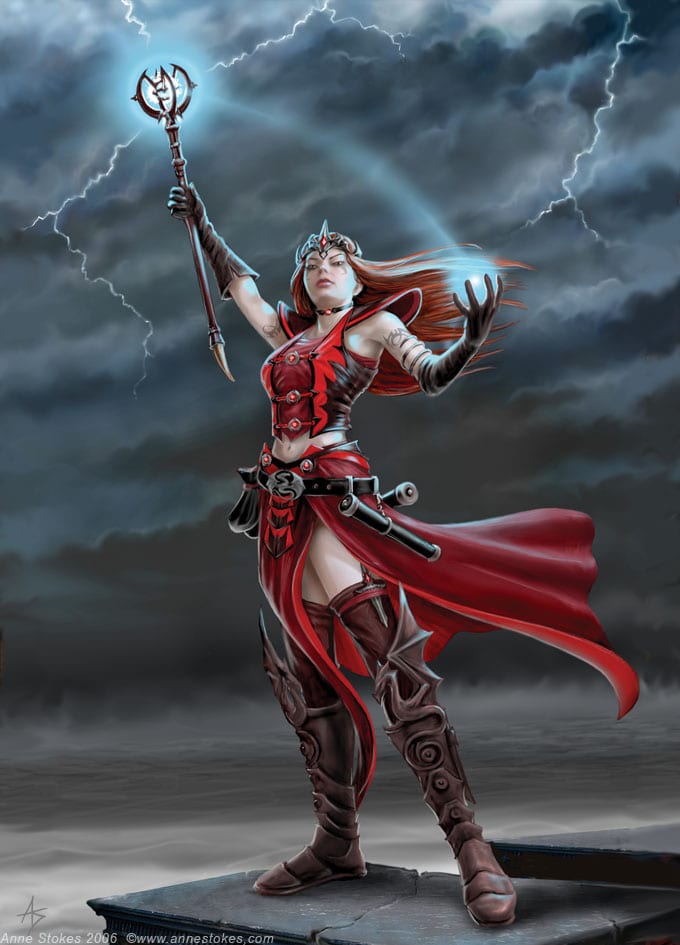 The angels of God and the celestial beings of the Kabbalah have often struck some magicians as perhaps a bit too pure and rigid in nature to be truly useful. Purification rituals, prayer to God, and requesting holy or divine assistance in containing demons, as a Celestial mage might, strikes some as too much for too little. Furthermore, supplication to any deity to fight with or control another is seen as an ethereal injustice of the most intense kind. In the tradition of direct magics, a counterbalance was born to work with the spirits instead of against them — as a sort of synergistic cooperation rather than playing “bigger guns” between entities. The Direct Magic method of summoning does not try to enslave spirits into service, but cooperates with them and has both the summoner’s and the spirit’s best interests in mind simultaneously.

The practice of summoning using direct magic stems back to the idea of pacts between the spirit and Summoner. While most methods of the time call on God or higher spirits to watch over the Summoner, the idea developed that instead of fighting with spirits much too high for one’s own capability, perhaps a greater number of lesser spirits could be called for the same effect, or, just maybe, that calling the correct spirit the first time might be preferable. Demons would not be imposed upon with their supposedly stronger counterparts or forced into unwilling service by other beings, but would be given an opportunity to work their will as they usually would in a situation which is pointed out by the Summoner. If one wanted to see the death of another person, for example, instead of following the bloated and God-fearing rituals of Solomon or creating trinkets and adhering to the purity rituals of Abramelin, the Summoner would call a lesser demon of death and simply point out the target. Since this is a demon of death, which in the natural order of things would be in the business of causing death anyhow, the Summoner only asks that their particular instance be considered before the demon returns to random works. The demon obeys, in this case, not because they are compelled to by force but because they are compelled to obey their own nature. A demon of greed fosters greed, and that is its nature, and likewise a demon of lust fosters lust and that is its self-imposed duty. The Summoner plays the part of spiritual coordinator, in this sense, merely showing preferential targets to the appropriate demon through their refined skill to communicate with spirits on their level.

The trick then, as you may have wondered by now, is how the Summoner might avoid becoming the victim rather than the guide of these entities. The secret is in synergy. Whereas the arrogant high magicians command demons in the name of God, the Summoner submits their mind totally to the nature of their wish before attempting to summon. To stay with the same examples, a Summoner would allow themselves to think of greed, meditiate on greed, feel of greed, and be consumed with greed during their pre-summoning preparations instead of attempting to purify themselves. They almost become the very essence of the demon they wish to make use of. This demonic synergy then is “vibrated” when the Summoner is ready. No circle is cast, no words are said — only the emanations of the essence of the demons they wish to attract are radiated. This spiritual homing beacon may attract from one to many legions of spirits which are intent on increasing their dominion. Having come to the Summoner, who is already “pure” in their estimation, they will seek a new target. This is when the Summoner emanates what a good target would be. The demons then leave the Summoner to fulfill this new task and spread their dominion and the Summoner may relax and recover if they are able without having to worry about angry demons or closing circles or banishing or any other form of abrasive control methods. This method is seen as the proper way of doing things, in many cases, because of the fail-safety — you cannot summon a demon stronger than your ability to radiate the vibrations, and the method itself is a guarantee of immunity from being targeted.

There are five mind-states that the Summoner utilizes in the execution of his art. The most fundamental and basic of these is disassociation, which involves the Summoner disidentifying with his usual egocentric personality structure, being able to observe it from a point of detachment. This both protects him from being bound in obsessions upon particular beings and gives him the flexibility of consciousness necessary for the other four states. The most important of the other four is what is known as ‘transvocation.’ This occurs when the Summoner identifies with a summoned entity rather than his own personality, but unlike full possession never results in loss of control or loss of consciousness. The Summoner simply gains access to the perspective and powers of the transvoked entity depending upon how successful and complete the transvocation is. The next two states are those best suited to classical evocation and invocation. In evocation, the Summoner adopts an entirely impersonal consciousness, and by shifting his perception, aligns his will with his environment in such a way as to facilitate the manifestation of an entity externally. In invocation, he aligns his consciousness in such a way that the entity manifests internally, within the mind. Having experienced these four altered conditions of consciousness, the Summoner will discover that what seems to most to be ‘normal’ consciousness is actually a fifth state called the Ipseic (from Latin Ipsus, meaning ‘self.’) The Ipseic state is the state of complete identification with a personality or point of view to the point of overcoming all disassociation. Experiencing the Ipseic state deliberately functions as a release of tension for the Summoner, as well as a supreme protection against potentially hostile influences.

Facility with these five states will tend to produce the experience that consciousness is simultaneously one and many, as well as the experience that the ‘one’ can seem to be ‘reflected’ in a way that appears to make it ‘objective.’ This is known as ‘casting forth the shade,’ which is also known as the fetch or famulus and more popularly as the ‘familiar.’ The meaning of this term seems to be related to the condition of the familiar as a perfect ‘double’ of the summoner’s own personality-complex. To radiate one’s own persona, in this sense, is to call a spirit that function as the ideal companion, ally, intermediary, and balancer. Having a spiritual counterpart, many summoners find they do not require the aid of other more specific powers because the Familiar can be consulted for all manners of information or aid. Familiars, to put not too fine a point on it, are the spiritual equivalent of the caster themself. Though the emanation of the entirety of one’s personality is not small task, to put it mildly, it is a possibility that many Summoners have taken advantage of in a very practical way. The familiar spirit is considered one of the greatest assets of summoning because there is no need to “lie” about what you want or feel. The familiar understands the thoughts of the Summoner because, in essence, it is nearly identical to the Summoner in every respect, save for corporeality and experience. To describe the actual method of summoning the Familiar defies the constraints of language due to the necessity of the Summoner being able to multiply divide consciousness between various of the five states in a pattern particular to his own style of utilizing them, but the term ‘Ipseity of Otherness’ comes close to describing the experiential moment of the Familiar’s manifestation.