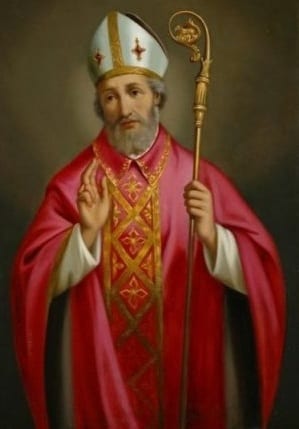 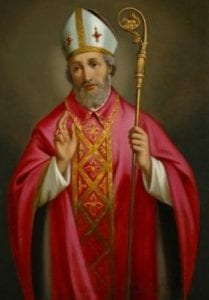 St. Augustine was the first thinker in the Age of Belief (another name for the medieval period of philosophy) to propound an argument for the existence of God, but his argument would not enjoy the fame of St. Anselm’s Ontological argument.

Anselm was already a teacher of other monks, so his method in arguing was one of “faith seeking understanding.” “I do not seek to understand in order that I may believe,” he wrote, “but I believe in order that I may understand.” He made it particularly clear that his enterprise of proving God’s existence could not even begin unless he had already believed in God.

Anselm was an Italian, born in Aosta. After his mother’s death, the young Anselm began traveling to avoid constant quarreling with his father. In 1059, he arrived at the Monastery of Bec in central Normandy. In 1093, he became Archbishop of Canterbury in succession to his former teacher, friend, and religious superior Lanfranc. He died serving that post in 1109.

Anselm thought that faith and reason could lead to the same conclusions. Indeed, he thought that natural theology — that is, basing conclusions about God’s existence on logical arguments — could provide a rational version of what he already believed. He was also Augustinian in another way, saying he was not trying to discover the truth about God through reason alone, but wanted rather to employ reason in order to understand what he was already believing.

His argument is better known as the ontological argument. In the second chapter of his Proslogion he writes:

St. Anselm employed a conceptual or a priori argument. The proof of Anselm’s argument does not depend upon sense experience or any other kind of experience, but can be known independently of experiences or a priori. In fact, when Anselm defined God as “a being than which none greater can be thought,” he thought that the existence of God followed from that concept alone.

Like Plato, Anselm is a rationalist; ideas of perfect things have existence. In this case, a single premise about God’s nature functions like the given in a geometric proof, from which God’s nature can be deduced. Once the idea of God is in my understanding (just as the idea of the painting is in the painter’s mind before he paints it), it must follow that it also exists in “reality.”