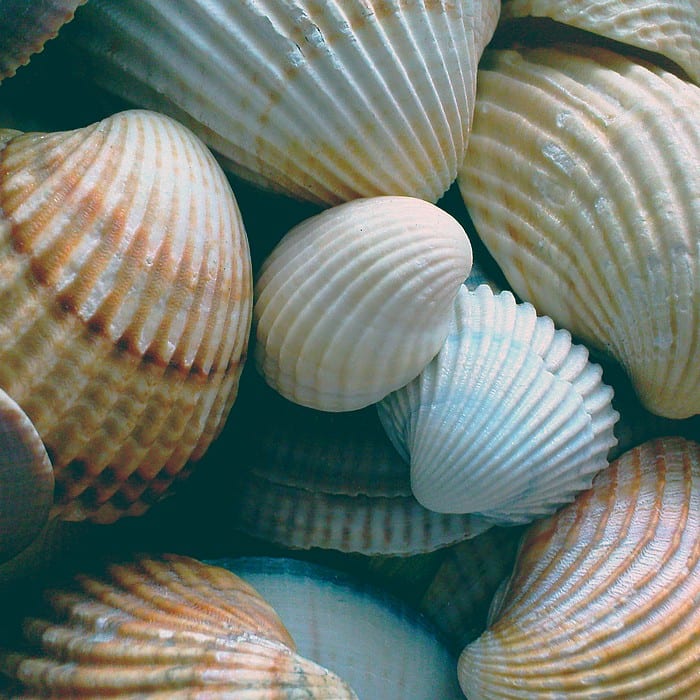 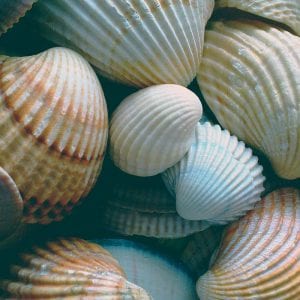 Seashells that wash up on the shore come from a netherworld where ocean meets land. Because of the Moon’s influence on the tides, these seashells hold the energy of the Moon goddess. Many shells, particularly sea snails and the chambered nautilus, form or contain a spiral—the powerful symbol of the Great Mother Goddess. Spiral shells can be used to stimulate energy in your home or in ritual. Other shells have a calming effect because of their smooth surfaces. Shells can be placed anywhere singly, or they may be in jars, bowls, and baskets. A summer wreath for the front door could include a few seashells to add their magic to the energy that enters your home.

Many will use the shell for love spells, and that sort of magick that we dont practice. However, I would not discount the fact that this shell could be used for love of self. To help with affirmations, and balancing. That’s why amulets are typically for protection.

Abalone amulets protect the witch from negative energy. Abalone talismans attract creativity to the witch. A magick amulet protects from some kind of energy, while a magick talisman draws in some kind of energy. A witch can magickally charge the same abalone as both an amulte and a talisman. Witches can use abalone for meditation and chakra balancing. Witches use whole abalone shells as an incense holder

Charging the shell is recommended. Because of the Suns rays upon the shell and the intent for which it is intended , should be enough for your magickal working. Of coarse, we can and should ask Our Blessed Mother to instill in the shell, all the powers that she would wish us to have.

Because of the abalones magick energy protects from negativity, a magick abalone amulet is great for meditation.

An abalone talisman can help you move past negative emotions and bring you in touch with your own innner beauty.

The same abalone shell can be magickally charged as both an amulet and a talisman. A dually charged magick abalone is particularly good for meditation.

Water is the element for abalone. A piece of abalone can be used to represent the element water during calling of corners (when casting a circle). A witch can use abalone on the altar for any magick spell that needs a symbol or representative of the element water.

Silver is the only metal that should come into contact with abalone, being used for magickal rituals or spells. Or it can also have a small hole bored into it to slip a black cord thru for wearing as an amulet.

ABALONE: General use. Use to conatin empowered herbs, stones, and other magical uses.

CLAM SHELLS: Used for purification and love. A small clam shell may be etched with a rune and made into a potent talisman.

COWRIES: Cowries are specific tools of prosperity and money; many cultures once used them as money.

LEFT HANDED WHELKS: Use for making dramatic, positive changes in your life.