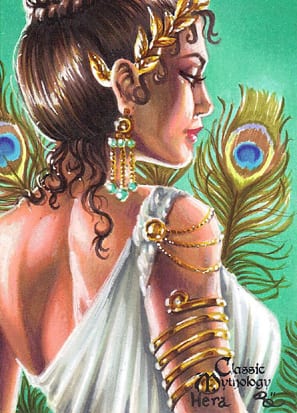 Here you will find a list of Roman Gods and Goddesses:

Angerona
Goddess of secrecy. Angerone is portrayed with her mouth bound and sealed, her finger raised to her mouth in a gesture of warning. The ancients thought names powerful; the commonly known name of an individual ora community was often not the real name at all, the real name being a closely guard secret. Very probably the cult of Angerona guarded the secret name of the city of Rome. Little else is known of her.

Attis
A god of vegetation, similar to Tammuz and Adonis. Imported together with his mother Cybele from Persia. Driven mad by the deranged love of his mother, Attis castrated himself under a pine tree. Attis’ priests were eunuchs.

Bellona
War goddess.  Bellona’s priests were recruited from the gladiators, and emissaries were received at her temple.

Faunus
God of crops and herds. An oracle. Faunus’ temple, the Lupercal, was supposed to have been the site where the she-wolf suckled Romulus and Remus. Goats and dogs were sacrificed at his festival, the Lupercalia, and priests dressed in newly skinned goat hides whipped women who wished to become pregnant with whips made of goatskin.

Februus
The Etruscan god of the underworld, later associated with Dis Pater, the Latinequivalentof Hades. The month of the dead, February, is named after him.

Flora
Goddess of flowers and blooming plants. Usually shown with a wreath of flowers in her hair. A favorite deity of courtesans, Flora’s festivals were held in April and May.

Fortuna
Goddess of fate and chance. Fortuna’s statue was kept veiled, because she was ashamed of the capriciousness of her favors. Fortuna is represented by the sphere, the ship’s rudder, the cornucopia,and the wheel. To this day, wheels of fortune can be found in casinos, and the wheel on the tenth card of the Major Arcana is Fortuna.

Genius
A guardian who protects both individuals and homes.

Janus
Guardian of entrances and exits, the opener of all things who looks inward as well as outward, custodian of the universe. Janus’ two-faced image was usually displayed over doorways and gates. Janus signifies both past and future wisdom. Janusis the god of beginnings, so the first month of each year, the first day of each month, and the first hour of each day are dedicated to him. Janus was the first god to be mentioned in prayers, even before Jupiter.

Lar
God of the house, a cheerful and beautiful youth.

Mars
God of farming, war and springtime. Like the typical Roman citizen, Mars was first a farmer and then a soldier. The wolf, the oak and the woodpecker are sacred to Mars. Often identified with the Greek god Ares, but the differences are more important than the similarities. For one thing, the Romans liked Mars.

Mithras
The god who dies and rises again, god of vegetation, the sun god, the Savior who who redeems mankind from evil. A Roman version of a Persian god. Especially popular among soldiers, Mithras was widely worshipped throughout the Roman empire and gave Christianity a run for its money. Mithras’ cult served a number of purposes and its organization was highly complex. A temple of Mithras served as a social club, a place of worship, a dramatic society, a magical society, an officers’ club, and much more. The worshippers of Mithras conducted elaborate ceremonies to which no woman was admitted. The worship of Mithras emphasized correct behavior in this world, whichwasthe only way to win the favor of the god in the next. There were different degrees of initiation into the cult, each degree having its own name: the Crow, the Secret, the Soldier, the Lion, the Fathers and many more on up to the King of Kings, which was open only to those of royal blood. Initiates were placed under a grating upon which a bull had been slaughtered and were drenched in its blood, signifying the emergence from death to rebirth. Ceremonies generally took place in caverns or rooms made up to look like caverns, and involved the wild beating of drums, anointings with honey, the unveiling of hidden statues, and the use of hallucinogenic drugs.

Ops
Goddess of the harvest. Identified with the Greek goddess RHEA.

Quirinias
A mystery. Originally a war god of the Sabines, later a state god of the Romans. One of the highest gods of ancient Rome,every bit as important as Mars or Jupiter, yet almost nothing is known today of Quirinias or his worship.

Tellus Mater
An ancient earth goddess. Pregnant cows were sacrificed on her festival, April 15. Tellus is one of the very oldest gods, dating back to the time before the Roman religion was formalized.

Vesta
“The Shining One.” Goddess of domestic life and the hearth. Worshipped privately in the home and publicly in Vesta’s temple. In the home, Vesta lived near the hearth and was offered food and drink at every meal. The Vestal Virgins served her, and (apart from mothers who were allowed to bring offerings during festivals) were the only ones allowed to enter her temple.  The Vestal Virgins, chosen only from the nobility, tended a sacred fire which was the symbol of the hearth of the nation. A strict vow of chastity was imposed on the Virgins, and a Virgin caught breaking the vow was walled up alive. In more than a thousand years, only twenty women were so punished.