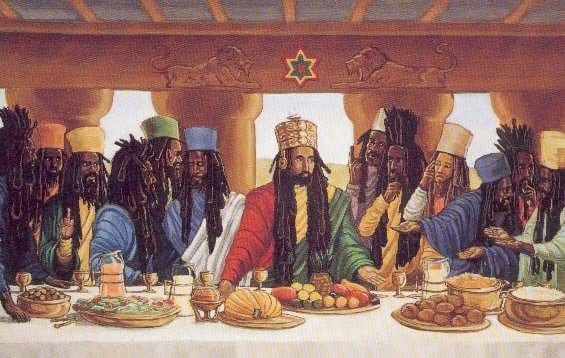 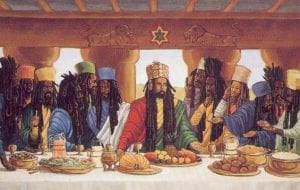 The origins of Rastafarianism go back to Marcus Garvey (1887–1940), who was born in Jamaica. Garvey preached that members would be going back to Africa. In fact, he founded the Back to Africa movement and preached that a future black African king would lead the people.

In 1930, Ras Tafari Makonnen was crowned king of Ethiopia (hence the name Rastafarianism). He claimed the title Emperor Haile Selassie I (Lion of the Tribe of Judah, Elect of God, and King of Kings of Ethiopia). Thus, Haile Selassie fulfilled the prediction of a black king. As far as the Rastafarians were concerned, he was the living God for the black race. They believed that he was the Jesus Christ that Christianity speaks of; the white man had tricked the world into believing that Jesus was a white man.

It was after Haile Selassie was crowned that Rastafarianism came into being. One of its early leaders was Leonard Howell, who was later arrested by the Jamaican government for preaching a revolutionary doctrine. Here are his six principles:

On April 21, 1966, Haile Selassie visited Jamaica. Two things resulted from his visit: April 21 was declared a special holy day and Selassie strongly advised Rastafarians not to immigrate to Ethiopia. He said they should liberate the people of Jamaica first. Many people have since wondered about his motive for discouraging immigration.

Rastafarians (sometimes called Rastas) do not accept that Haile Selassie is dead. They believe that his atoms have spread throughout the world and live through individual Rastafarians. The Rastafarian name for God is Jah.

The original belief system was so vague that figuring out the acceptable doctrine was largely a matter of individual interpretation. Rastafarians accept the Bible, but with reservations. They think that much of the translation into English has produced distortions, so that while the basic text may be in order, it should be viewed in a critical light. They have no holy scriptures apart from the Rastafarian interpretation of the Bible.

The doctrine of Rastafarians has similarities to Christianity in that they believe that God revealed himself in Moses, their first savior, followed by Elijah and then Jesus Christ. But sources differ; one of them, as has been claimed above, asserted that Rastafarians believed Haile Selassie was actually Jesus Christ. Others believe that the devil is actually the god of the white man.

The expression “I and I” is frequently heard in the Rasta dialect. “I and I” recalls theologian Martin Buber’s ideal of an “I-Thou” relationship as being of a higher sort than an “I-It” relationship. “I and I” means that all are absolutely equal. This means that people wouldn’t say “You and I,” but “I and I.”

There are two symbols that exemplify and identify Rastafarians: dreadlocks and ganja (marijuana). Dreadlocks symbolize the Rasta roots. They are the antithesis of the blond look of the white man and his establishment. The way the hair grows and is tended represents the Lion of Judah (Haile Selassie). By association, this has come to represent priesthood. It should be noted that dreadlocks have been adopted by many black people who may not be adherents of Rastafarianism.

Ganja is the Rasta name for marijuana; it is used for religious purposes. Its religious justification is based on different verses from the Bible:

It isn’t obvious how the passages cited justify marijuana. Apparently, however, the use of marijuana is extensive, and not only for religious ceremony. The Nyabingi celebration, for instance, uses it for medicinal purposes, such as for colds. The use of ganja for religious rituals started in a cult commune set up by Leonard Howell in the hills of St. Catherine called Pinnacle, which overlooked the city of Kingston.

The growth of Rastafarianism is attributed to the worldwide acceptance of the Jamaican reggae artist Bob Marley, who became a prophet of the belief in 1975. He aided and abetted the movement with his music and was given a Jamaican state funeral when he died in 1981.

The movement spread mainly to black youth throughout the Caribbean, many of whom saw it as a symbol of their rebelliousness. The expansion also found believers in England and the United States.