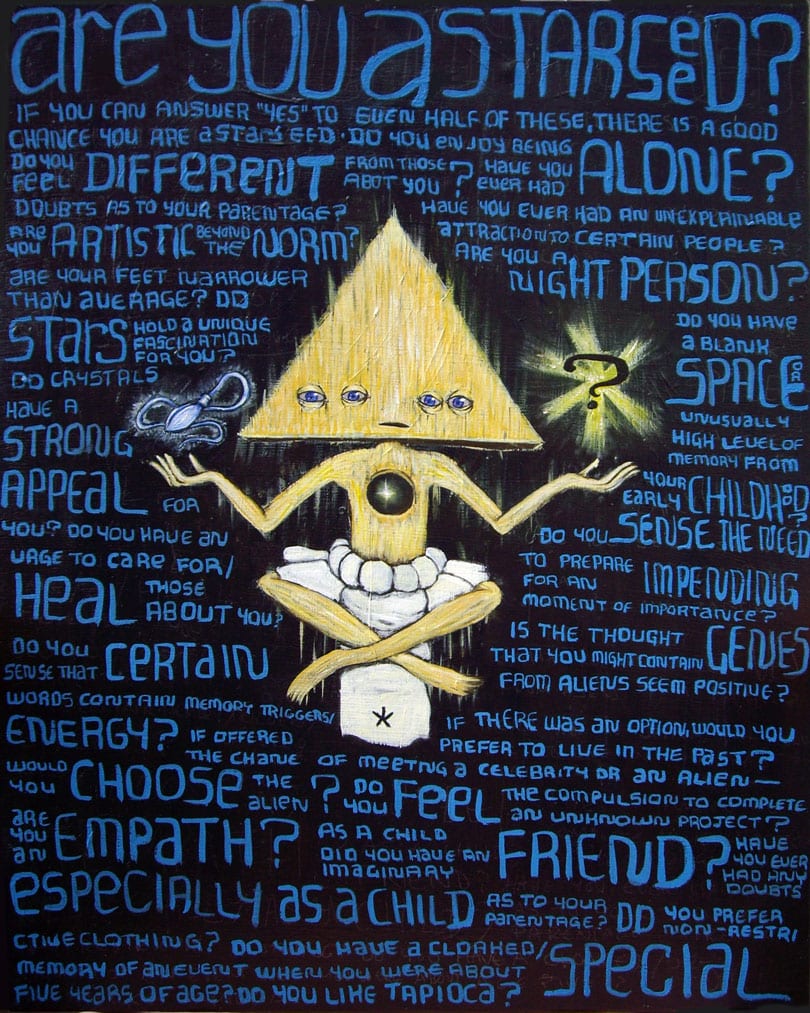 As many people might have experienced it, the Rainbow children bring joy and harmony to their families. Unlike the Indigo and Crystal children, the Rainbow child is born to smile, which is accompanied by their huge hearts that are full of forgiveness.

The Rainbow child generally recovers from the state of negative emotion quickly. This is also an important key that they hold, emotional mastery. Rainbow children are psychic and have the ability to read people’s feelings. This gift is usually revealed, as they grow older.

Rainbow Children are psychic. Beyond this and perhaps more so, they have strong wills and strong personalities. Their gifts do not stop there. They are known to be natural healers and instant manifesters. It is said that whatever they need or desire they can instantly manifest.

As would be expected, they have a connection to color. In fact they resonate with the colors around them. They are drawn to color, colorful surroundings and brightly colored clothes. Their energy is expressed in other ways too, as they are high-energy children. Their enthusiasm is demonstrated in their creativity. The Rainbow children are thought to be the builders of the New World, using Divine will.

Bringing in the healing rainbow energy previously brought through Reiki, QiGong, and Pranic healing and other hands on healing.

Crystal children can also be very high energy, have strong personalities, be creative, and can instantly manifest anything they want or need.

Rainbow children will also have immunity against junk food. Most Rainbow children are able to handle mutated cells and food products, which may result in poisoning. This is considered a very important ability, as most people may not recognize the toxins contained in junk food and the Rainbow child can take and process these types of foods with no problem. This is because of the blood that the Rainbow child carries, which has the ability to cleanse the toxins and unwanted bacteria in the food and air. So a Rainbow child may have a lot of physical clearing in the beginning stages of life. This will change once they grow older and learn how to clear ethereally or spiritually.

Astonishingly, the Rainbow children come with no karma. Rainbow children will enjoy the life on earth learning with absolutely no strings attached to their past. This is because they do not really continue from any previous cycle of reincarnation. This is also why they have a very high-energy frequency and physical energy.

The rainbow child is very hyperactive. They can run the whole night and really tire you out. This is a problem that parents of Rainbow children might face.

Few writers have written on the Rainbow children because of their current status as toddlers. However, it is important to know that these children will play an important role in the earth’s evolution.

Parents of Rainbow children should understand that their children are special and parents should appreciate the gifts they have. These gifts will help you evolve as they evolve with you.

The rainbow children are just starting to show up on this planet, although there are already some scouts around. More Rainbow children will arrive as children of the Crystal children and also when humanity raises their vibrational frequencies and universal consciousness of the concept of oneness.

Doreen Virtue says, “the Rainbow children are perfectly balanced in their male and female energies. They are confident without aggressiveness; they are intuitive and psychic without effort; they are magical and can bend time, become invisible, and go without sleep and food. The Crystal children’s sensitivities make them vulnerable to allergies and rashes. The angels say that the Rainbow children will have overcome this aspect… Rainbow children have no karma, so they have no need to choose chaotic childhoods for spiritual growth…The Rainbow children operate purely out of joy, and not out of need or impulse. The babies will be recognized, because their energy is one of giving to parents, and not of neediness. Parents will realize that they cannot out-give their Rainbow children, for these children are a mirror of all actions and energy of love. Whatever loving thoughts, feelings, and actions that you send to them are magnified and returned a hundred-fold.”

The Rainbow children seem to be here to implement the Divine Will and they will use their strong will and energy to build the New World on the foundation of peace and harmony the Crystal children are laying down. The Crystal children are only able to lay down that foundation because the Indigo children have already forged the path and broken down all of the old barriers. They are all-important and have to come in this sequence to accomplish their goals.

Rainbows are highly sensitive, loving, forgiving, and magical like the Crystal children. The difference is that the Rainbows have never before been on earth, so they have no karma to balance. The Rainbows, therefore, choose entirely peaceful and functional households. They don’t need chaos or challenges to balance karma or grow.

As the other Crystal children grow older, they will be the peace-loving parents who birth the new Rainbow children. The Rainbows being born right now are the scouts, and the large influx of Rainbows will occur during the years 2010 through 2030.

Rainbow children are absolutely open hearted, love unconditionally, and have no fear towards any stranger. Unlike the Crystal children who only display affection to people warranting their trust, the Rainbows are universally affectionate. They heal us with their huge heart chakras, and envelop us in a blanket of rainbow-colored energy that we so sorely need. They are our earth angels.