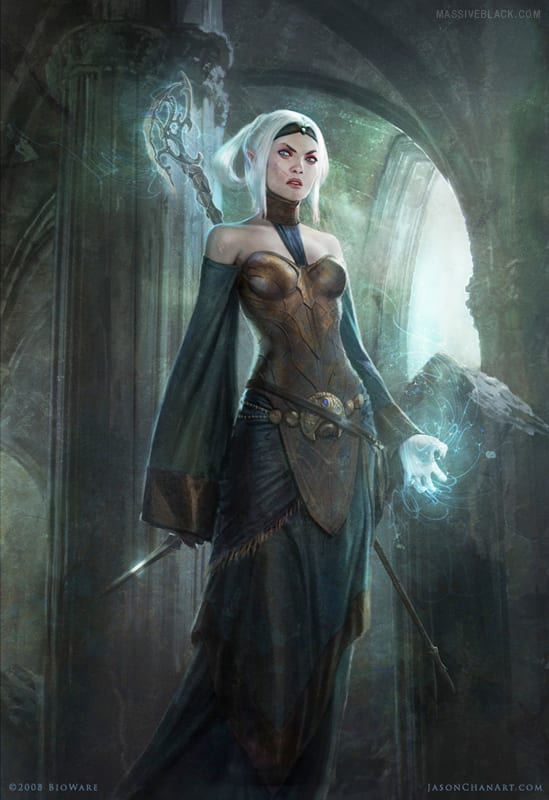 A Psi Mage has one of the most taxing arts of all, not because it is somehow intrinsically more difficult to perform, but because of psychological damage and the potential for severe self-delusion. Take some time to honestly consider how this skill will be used before temptation is staring you in the face so as to avoid moral qualms and crises. This all ties back to the The Three Questions of Magic presented on the first Beginning page, but it is most critical for a psi mage to know themselves before attempting to know the mind of others.

Psi Mages focus on the mind with an approach not incredibly common in occultism anymore known as Zen. The quieting of one’s own mind allows for interpretation of the emmanations of another’s mind, and which in focus the psi mage must attempt to either bore through their own mental noise by some kind of force or to simply quiet themselves. Self-control by attaining a zen state seems to be the favoured method of the advanced psionicist due to the results it can bring. Many mages begin by attempting “charming” type spells in which the caster attempts to magically win the loyalty of another by empathically or telepathically touching their mind.

It is an advanced type of telepathy and empathy which allows the mage to truly understand their surrounding beings and be able to live at one with them. Also, this highly psychic tendency usually allows the skilled Mage to bring peace to an otherwise turbulent situation, or subversion and discord to what would otherwise be a serene and coordinated place. Once tuning in with the minds of another, the Mage becomes sensitive to the thoughts of those around them, sensing emotions more vividly, and suspecting feelings that are masked from others. Their magical abilities flow from understanding “the occult and hidden virtue of things” (as Solomon would say). To work seamlessly within their environment so as to cast a spell without disrupting natural order is a high power of the Mage, and that which allows them a peaceful existance wreathed in potent mystic workings.

Using the sensitive arcane powers of Psi Magic, one may soon find that their lives become child’s play compared with the the hardships others must simply endure. As adversity arises, the Mage will find themselves able to avoid most or all of these dilemmas (save for the obvious ones, like death) and thus spare a great deal of pain and frustration.