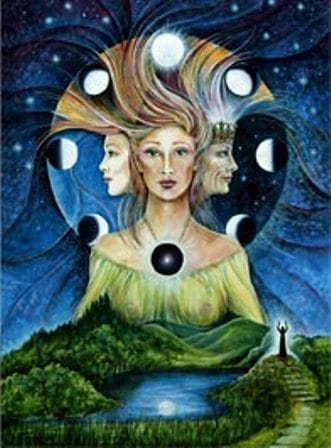 Like the Celts the Native Americans were not one unified body, but thousands of culturally distinct tribes complete with separate languages and religious practices. Also Native American dieties only bear a superficial resemblance to Western dieties. This is because the Native Americans had the idea of immanant diety down pat. Every thing has a spirit, a life of it’s own, a name by which you can call it and by studying it and emulating it you can learn it’s secrets. Whether it be an animal or a rock or a force of nature, each has it’s own life essence separate yet part of the greater whole and all divine. There WERE some overiding concepts though which covered many tribes and it is these that I will cover.