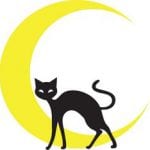 I’m a  39 year old Scorpio woman.. In February 4th 2011,I gave Birth to my Son Jake,He was born with a very Rare Chromosome unbalance.. Doctors called him “Unique, Phenomenon, Hybrid, Wolverine Blue Blood, His condition was that Rare Jake’s doctor’s had to write to many different professionals has far has America has They had no written information or even A Name for what he had… Sadly Jake was to weak and died on march 19th 2011.. That’s whete my journey began I suppose.. Chucked Straight Into The Depths Of Total Darkness,A Pain of Total Despair,Grief,Guilt,…So much pain, emotions ive never felt or experienced in my life..It was a rough Ride, But set me on A Path of enlightenment, Self Discovery, Transformation on A Soul Vibration, 2014 Was The turning point,The Light Finally Outshone This Dark that consumed me,It was Jake’s 4th Birthday,I excepted and Released,The Light Bulb Blew my TV switched itself on To A Music Channel called Magic which was playing”Adele.. Never mind I’ll find someone like you” That was one of Jake’s funeral songs, So from that day up to now,has been pretty magical and very much synched.. Things iv experienced has been at times so intense,there is no doubt in my mind That As Above,So Below, We are all part of something so simple, we are living computers, files of information, Hidden Secrets and Deep Knowledge Are Stored within us all,It’s just finding That Skeleton key, That us the hard but..But once found, starts off The Alchemy, ..The philosopher stone,We each possess,Its buried deep in our solar plexus,And can be reached, Chemical reaction from releasing and cleansing our chkras… It’s been 8years since Jake died And 4years since I started Awakening, Repeated Number’s Are Nothing ha ha..