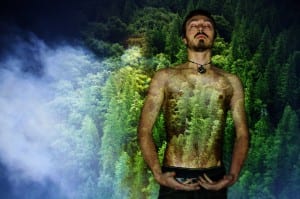 Chi, Prana, Ki, Life Force Energy, call it what you will, the living body, human or animal, radiates its warmth and energy. This energy is the life force itself, and has as many names as there are civilizations.

The Chinese, the Hindus as well as Dr. Reich all taught their students the benefits of arousing this energy and moving it throughout the spine and brain.

The Chi Revolution
The knowledge that our bodies are filled with life force energy – Chi / Prana / Ki – and that this is directly connected to the quality of our health, has been part of the wisdom of many cultures for thousands of years, and has resulted in the development of many different forms of energy medicine.

Some of these require direct physical contact with the body, such as acupuncture, shiatsu and reflexology, while others are taken into the body in various forms, such as herbal, homeopathic and flower remedies.

Of course it is not only people who have energy bodies. All animals, birds, fish, insects and plants have detectable auras and, indeed, so do what we might term “inanimate” objects, such as rocks, crystals, minerals, metals and water.

The amount of Ki or life force within you varies from day to day. There is a natural rhythmic ebb and flow in the energies within our bodies – but we absorb Ki in various ways in order to “top up” our supply of life force, as we naturally use some each day.

We absorb some in the form of food and drink – remember all animal and plant life, and even water, is filled with Ki too. We also take in Ki from the air we breathe and absorb it through our auric fields. Ki energy is everywhere; it is the connective force of the Universe so there is a limitless supply.

Solar – from sunlight, is invigorating and promotes good health through sunbathing, approximately 20 minutes a day before 11am and after 3pm.

Ground – this energy is absorbed through the soles of the feet. It happens automatically and unconsciously. Walking barefoot increases the amount of ground chi / prana / ki absorbed by the body. Instead of this process remaining unconscious, one can learn to make it conscious and draw in more ground energy increasing one’s vitality, capacity to do more work and ability to think more clearly.

Subtle Energy
The levels of life force – Chi / Prana / Ki – in our bodies have an impact on our inherent healing ability, as Ki helps to nourish the structure, organs and systems of the body, supporting them in their vital functions and contributing to the healthy growth and renewal of cells. However, the amount we absorb is not constant, and can depend on many factors, so we don’t always sufficiently replenish our supply of Ki.

If this happens over some time our energy body can become too depleted, and this is when we become weaker and more susceptible to illness, the ageing process and even physical death, because our Ki, or life force, is what defines us as living beings. Without it we would not be alive.

This means that when our Ki is high and flowing freely around our whole energy body, we feel healthy, strong, fit and full of energy. We also feel confident, ready to enjoy life and take on its challenges, and are much less likely to become ill. However if our Ki is low, or if there is a restriction or blockage in its flow, we feel weak, tired, listless and lethargic, and are much more vulnerable to illness or “dis-ease”.