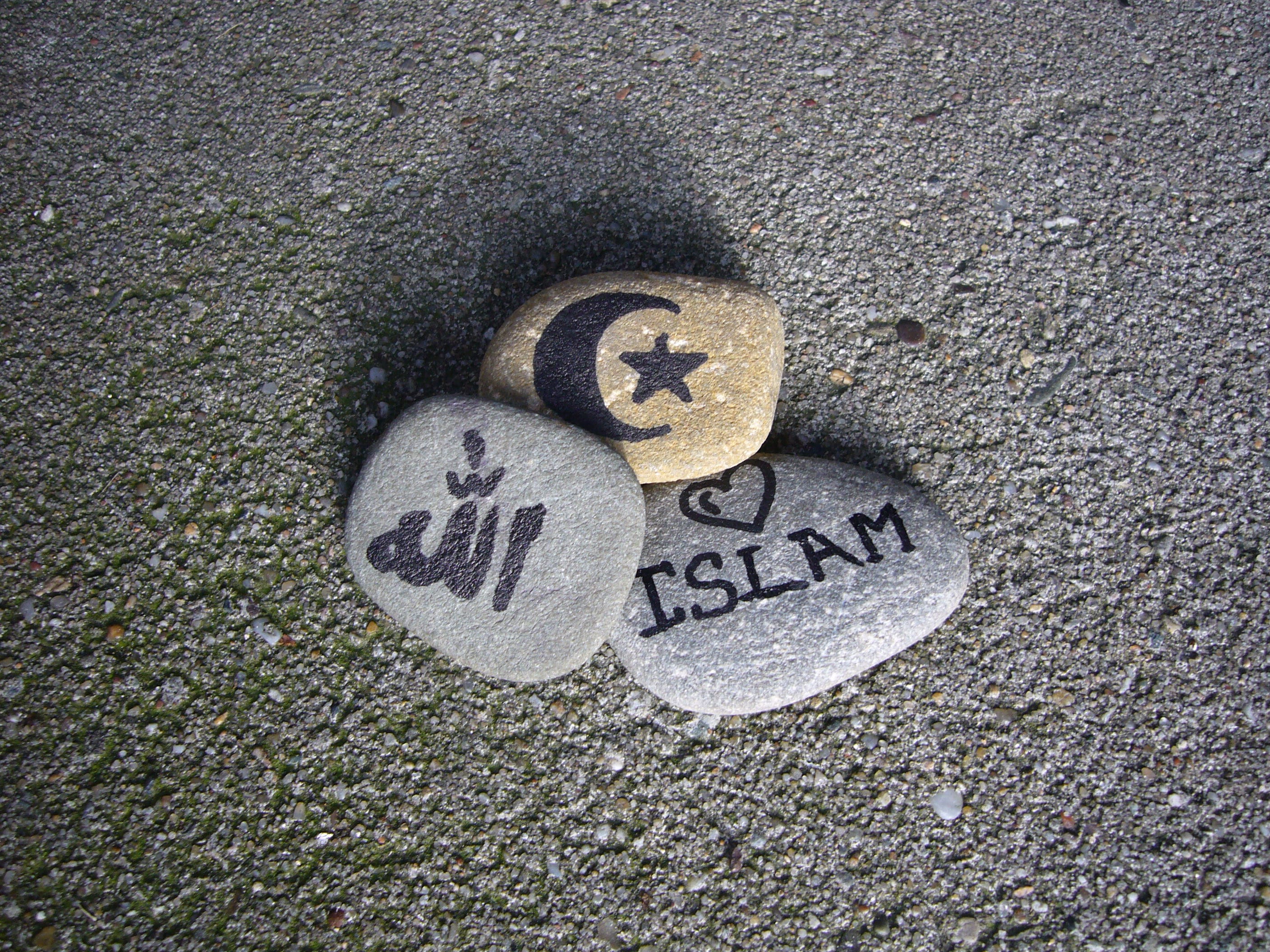 There are few major Islamic festivals in the year. However, local Muslim communities have their own traditions, which add to the year’s festivities.

Muharram is the first month of the year in Islam.New Year’s Day is not a major holiday.

Ramadan, a month of fasting, is the ninth month of the Muslim year. Adult Muslims do not eat, drink, smoke, or have conjugal relations from dawn to sunset. Children under the age of puberty are exempt, although they make a limited fast.

Muslims follow a different calendar than the one observed in the western world. The Islamic calendar is lunar, and unlike most other lunar calendars, is not adjusted to keep in step with the solar year. Thus, Muslim dates tend to change constantly in relation to the western solar calendar. Years are counted from the Prophet Muhammad’s move to Medina in 622. The year 2000 was 1420/21A.H. (in the year of Hegira).

Lailat ul-Qadr, also known as The Night of Determination, is believed to have occurred around the twenty-seventh, but is now considered one of the last ten nights of Ramadan. Many Muslims spend these days and nights in the mosque so they will be in prayer on The Night of Determination when Allah makes decisions about the destiny of individuals and the world as a whole.

Eid ul-Fitr celebrates the end of the month of fasting and lasts for three days. Prayers are offered, special foods prepared, and gifts are exchanged.

Eid ul-Adha, known as the Feast of Sacrifice, celebrates the willingness of Abraham to sacrifice his son Isaac when God asked him to. God commanded a lamb be sacrificed instead of Ishmael. The sacrifice of a lamb is an important part of the festival.

Al-Isra Wal Miraj is the night of the ascension of Muhammad to Heaven to meet with Allah. It is celebrated on the twenty-seventh day of the seventh month. It is said the prophet set out the disciplines of the daily prayers.

Muhammad-Maulid al-Nabi celebrates the birth of the prophet Muhammad. It is held on the twelfth day of the third month and is a highly popular festival that draws thousands of visitors who join in processions and prayers.

The founder and prophet of Islam, Muhammad (570–632 C.E.) was born in Arabia. At the age of forty, he was selected by God (Allah) to be the prophet of true religion. He heeded the command to preach and spread the word, preaching openly against idolatry and of the oneness of Allah or God.

Muhammad’s parents were of the Hashim clan, of the Kuraish tribe. Once laborers, tribal members acquired the Kaaba in the fifth century and became one of the most prominent and powerful tribes in central Arabia. Muhammad was orphaned soon after his birth and raised by an uncle, Abu Talib.

As an adult, Muhammad became a respected and successful trader. On a trading journey to Syria, he was put in charge of the merchandise of a rich middle-aged widow named Kahdija. She was so taken with him that she offered herself in marriage. She eventually bore him six children, two sons and four daughters. The best known of these children was his daughter Fatima, who became the wife of Muhammad’s cousin Ali, who was regarded as Muhammad’s divinely ordained successor.

Muhammad was known for his charm, courage, impartiality, and resoluteness. He was considered a man of virtuous character who epitomized what would later become the Islamic ideal. His personal revelation came while he was meditating in a cave outside the city of Makkah (or Mecca) when he was forty years old. He had a vision of the angel Gabriel, who said, “Recite.” Muhammad refused three times until the angel said, “Recite in the name of thy Lord who created.” The words that were given to Muhammad declared the oneness and power of God, to whom worship should be made, and the judgment that all must face.

The Koran called Muhammad the “unlettered prophet.” This makes his recitation more credible, the thinking goes, for if he was unable to read or write he could not have changed the words of Allah, but received the revelation directly. Indeed, Allah says to Muhammad in the Koran, “Never have you read a book before this, nor have you transcribed one with your right hand. Had you done either of these the unbelievers might have justly doubted.” (29:48)

Following his revelation, Muhammad began preaching. It was a turbulent time of military conquest and political expansion throughout the area, and Muhammad met with opposition. He and his followers fled the persecution and migrated to Medina, where his teachings began to be accepted and the first Islamic community was founded.

Arabia in the seventh century was polytheistic, hosting many religions, including Christianity, Buddhism, Judaism, and Zoroastrianism. Geographically, it covered an area that bordered on the Byzantine Christian Empire, Yemen, and the boarders of the Zoroastrian Persian Empire. Muhammad traveled widely and studied with followers of other tribes and religions, among them Syrian Christians and many Jews.

The major achievements of Muhammad were the founding of a state and a religion. He was politically successful, created a federation of Arab tribes, and made the religion of Islam the basis of Arab unity. He died in 632 in Medina.

What followed was an amazing expansion of the Muslim faith throughout a large part of the world from Spain to Central Asia to India, Turkey, Africa, Indonesia, Malaya, and China — the same areas where the Muslims were very active traders. But the expansion was also due to suppression of alternate religious faiths. Jews and Christians were given a special status; they had to pay a tax to maintain their religious autonomy. Other religions were given a different choice: Accept Islam or die.

In the early days of the faith, Islam became a part of both the spiritual and temporal aspects of Muslim life. There was not only an Islamic religious institution but also Islamic law, state, and other government institutions. It wasn’t until the twentieth century that the religious and secular were formally separated. Even so, Islam actually draws no absolute distinction between the religious and temporal parts of life; the Muslim state is by definition religious.

Of the two main groups within Islam, Sunni Muslims compose 85–90 percent of all adherents and Shiite Muslims about 10–15 percent. In the late twentieth century, the Sunni made up the majority of Muslims inall nations except Iran, Iraq, Bahrain, and perhaps Yemen. All told, they numbered nearly 1 billion. Sunni Muslims view themselves as the traditional, mainstream, pragmatic branch of Islam; in fact, they became known as the orthodox element in Islam. This claim, however, is in dispute, since all orientations in Islam are a result of the common Islamic origin.

In early Islamic history, Shiite Muslims were the more political of the two groups. When problems arose over the rightful successors to Muhammad, the Sunni said the first four caliphs were Muhammad’s rightful successors, whereas the opposing minority, the Shiites, believed that Muslim leadership belonged to Muhammad’s son-in-law, Ali, and then to his descendants. This disagreement led to continuous internal wars that proved to be largely unsuccessful from Ali’s point of view. However, Ali’s status was eventually recognized and he became a major hero of Sunni Islam.

In contrast to the Shiites, who believed that the leadership of Islam was determined by divine order or inspiration, the Sunni regarded leadership as the result of the prevailing Muslim political realities. Historically, the leadership was in the hands of the foremost families of Mecca. For the Sunni, balance between spiritual and political authority afforded both the correct exercise of religious order and practical maintenance of the Muslim world.

Sunni orthodoxy placed strong emphasis on the majority view of the community. Over the years, this perspective provided them the opportunity to include matters that were outside the root teaching of the Qur’an. Thus, the Sunni have earned the reputation of being religiously and culturally diverse.

The religious and political differences between Sunni Islam and Shia Islam have been fraught with enmity and dissension throughout history. Today, Iran is the bastion of Shia Islam — its state religion — and the majority of Iranians are Shiites. Even so, people in Iran do practice other religions, such as Judaism, Christianity, and even Zoroastrianism, an ancient faith that predates Judaism. Shia adherents also live in Syria, East Africa, India, and Pakistan. Overall, Shiites comprise somewhere in the region of 80 million people, or a tenth of all Muslims.

Shiites maintain that only those in the bloodline of Muhammad are the legitimate heirs of Islam. Shia Islam is often called “twelver” because Iranians generally recognized only twelve imams or supreme religious leaders following the death of Muhammad. The twelfth of these is Mardi, the socalled hidden imam, who is still alive in some celestial state. The ayatollahs, highly respected scholars and teachers of Shia Islam, stand in for Mardi as they interpret the words of Muhammad.

In the twentieth century, Shiites became a major political force in Iran, where they deposed a secularist monarchy, and in Lebanon, where they led resistance to Israeli occupation in the south during the 1980s and 1990s.

The Shiites, from a western point of view, would probably be considered the more conservative of the two main factions in Islam. Their doctrine has always firmly revolved around the Qur’an, and in modern times, they have become the chief voice of militant Islamic fundamentalism.