How to Charge an Amulet, Charm or Talisman

Home » Blog » The Spell Book » Crafty Witch » How to Charge an Amulet, Charm or Talisman 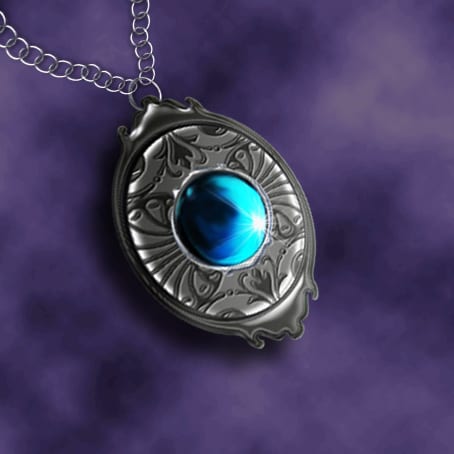 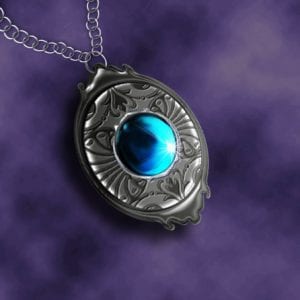 These four items represent the elements you may also want to use a representation of a god or goddess as well.

You may like to add additional ingredients such as coloured candles, incense etc that will help in the creation of power.

Do all your usual spellwork preparations, including cleansing your working area, yourself and the ingredients as well as grounding, centering and casting the circle. I may even have prepared the item with an extra charge of the relevent lunar energy by leaving it in the moonlight for a few nights.

Inside the circle state the intent of the amulet, charm or talisman. Perhaps creating a chant that could be said repeatedly as you make it, thus building a cone of power. I then direct the energies that I have built up entering into the charm as I create it, mixing witth the energies of the candle and herbal incense.

I should point out that I am describing making a charm so I could be stitching a pouch or pillow or knotting ribbon as I do this. If I make a talisman I chant as I inscribe the words on the talismanand an amulet I would chant whilst holding it in my hands or on my pentacle with my hands held over it

Once the item is ready begin by cleansing it. This can be done in many ways see preparing a tool.

We then draw the elemental energy into the item. Depending on the intent is where we begin so if it was healing we would start with water, creativity – Fire, wisdom – Air, Prosperity – Earth etc…

For this example I am going to start with Air, So I would start by passing the charm through the incense smoke and saying something similar to “Blessed Spirits of Air, lend me your energy to use in this charm.” Once I feel the energy of the East has moved into the object I move on to the next element.

Then moving to fire I would pass the object through the aura of the candle (not the flame) and say a similar thing again.

Then moving to water I would sprinkle it with a little water and say a few words to draw the energy in.

Then I would move finally to earth and sprinkle my charm with a little salt, once again saying a few words.Goin sunwise or deosil is usual, but depends on the intent. If you are attempting to repel negative energy you would perform this ritual widdershins.

If you require Goddess energy or a specific Diety you would ask them to lend her energies to the item in the same way as you did the elements although you always ask them nicely.

Once the object is charged with energy and intent, I would wrap it carefully in some material or a small pouch and then give it to the person it was made for,having made sure I grounded by eating something etc opened the circle as normal .

Making charms , amulets and talismans is a really good way of using magick as long as you aren’t affecting someones free-will you can help or protect those who may not believe in magick after all they do not have to believe in it for it to work. Also you can have magickal things in your home for protection and whatever that doesn’t necessarily scream out “I am a witch!”