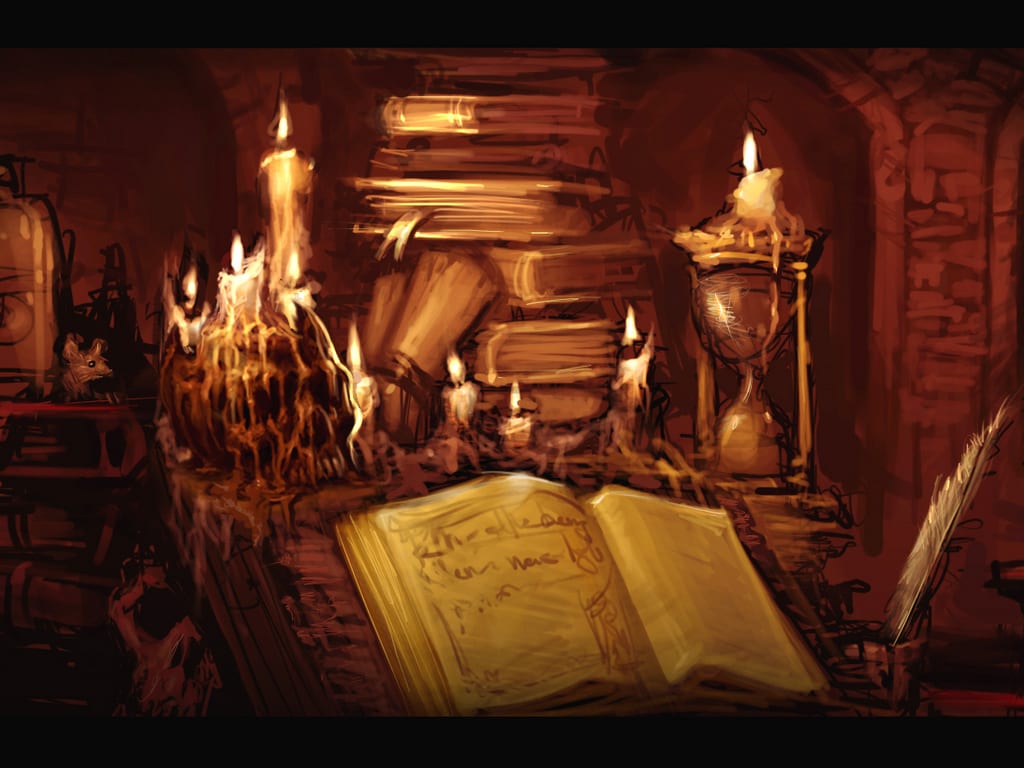 Grimoires are very old handbooks of magic, some of which may date back to ancient times. Grimoires were well used during the 16th and 17th centuries.

In some covens they may still use some magic texts from Grimoires. The original purpose of these grimoires was to conjure up the Demons who would be used by the magician to gain wealth or bring harm to enemies.

Grimoires give very detailed instructions which are very difficult to carry out. These instructions include what to wear, what prayers and incarnations to use, the tools that are required, precise astrological times, recipes for incense, seals, signals, magic circles, amulets, talisman and more.

Grimories first came into common use around the 13th century and is thought by some to have been linked to the Knights Templar. A true grimoire is written by hand, those that are typed or mass produced are fake and should be thrown in the rubbish bin.

Much of the material in grimoires is taken from Egyptian texts dating back to around 100A.D. Using the Demons meant making a pact with them.

The grimoires help the magician outwit the demons so as not to fulfill the magicians end of the bargain. The greatest grimoire is “The Key of Solomon” which was attributed to the legendary King Solomon.

Another grimoire connected to Solomon was the “Lemegeton” which included both white and black magic.