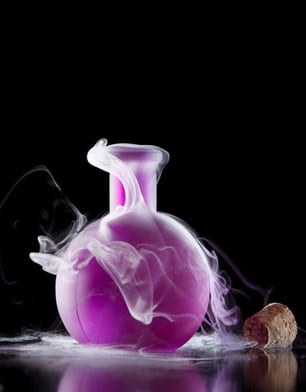 During the time of the Black Plague a family of perfumers robbed the dead. As perfumers they knew well the antiseptic essential oils, and they infused them in vinegar and rubbed them on their bodies; by doing so they protected themselves from certain death. The doctors of the time used the same herbs and essential oils to protect themselves while tending so many who were contagious. They wore big cloaks over their heads that reached down well below their shoulders.

Attached to the cloak over the nose and mouth was a 10″ long canoe-like shaped beak full of antiseptic herbs and essential oils. You can make natural antibacterial products like those that they used at home instead of buying commercial disinfectants that we are now finding out may cause drug resistance. Here is the famous Vinegar of The Four Thieves recipe; it is sometimes called Grave Robber’s Blend. Use it wherever you would normally use disinfectants.

Place a small handful each of dried lavender, rosemary, sage, rue and mint in a large jar, and cover completely with organic apple cider vinegar. Cover tightly and set for six weeks. Strain into a spray bottle. Whereas no home can be made to be sterile, spray the powerfully antiseptic Vinegar of Four Thieves recipe in areas of concern, such as on cutting boards and door knobs, always making sure to avoid your eyes.