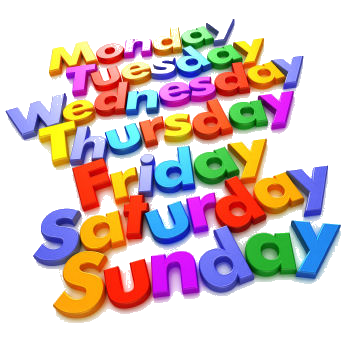 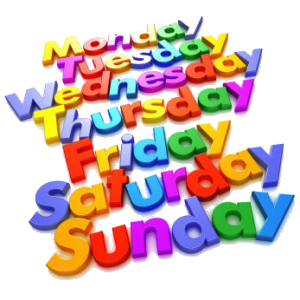 January 6/7th – Return of the Sun
In northern europe, this was believed to be the day that the power of the sun began to return and the animals stirred during their winter hibernation. Was also a day when boys starting puberty would be initiated as men.To observe this day, toast the return of the sun with grain or fruit based beverages (beer, ale or cider would be good choices). Or stand before a fire during the morning and cast a prosperity spell. Finish your ritual by placing a wheat or corn husk doll into the fire to help fuel the energy of the strengthening sun.

February 13th – St. Valentine’s Eve
This day has been celebrated as a magickal day since medieval times. It was believed that this was the day birds selected a mate and began to sing. I’ve noticed that on or about this day house finches fly about in pairs, selecting a nesting site. During the victorian era, this day began to be referred as St Valentine’s Eve and rivaled Valentine’s Day itself in popularity. ON this day romantic foods were prepared and divinations of all kinds were done to determine who might be a future lover. Prophetic dreams to reveal a new romance were eagerly sought. One of the oldest but least known ways to do this is to take three white sugar-coated almonds and charge them with magickal intent. Without thinking of a specific person, place the almonds beneath your pillow at bedtime. Expect your dreams to give you a clue to the identity of a future romantic partner.

March 21st – The Creation of Time
Many occultists believe this was the day the Divine Power created the Sun Moon and stars. which would make this the day time began. If that isn’t the reason enough to celebrate this day, there are also other rituals taking place today that are quite noteworthy. The Iranian new year, No Ruz, is usually observed on this day and is rich with symbolism. People plant small dishes of wheat or lentil seeds; the sprouts represent the new year and the arrival of spring. Tables are set with paastel-coloured eggs, fruits and pastries. You may wish to follow the Iranian custom and place a craving, gnarled branch or twig upon your altar, to symbolize that life itself has many twists and turns.This would be a splendid day to review your own desires and goals. Have you stayed on the path you’ve chosen? If not, think about where you went off course and try again. Spend the day getting your emotional and spiritual house in order, so you can face the coming season of renewal with confidence.

April 25th – Rogation Days.
The major rogation day is April 25th, and the minor rogation days are the three days before the Christian observance of Ascension, which falls forty days after the feast of Easter. These days are a time for prayers asking for blessings of bounty and crops. Rogation is derived from the Latin word rogare, which means “to ask”. This christian observance paralells, and is probably derived from the ancient roman tradition of blessing the fields. Roman farmers would walk their fields asking the gods of agriculture to bestow a bountiful harvest. In colonial America, Rogation Sunday, was the day farmers and clergy would walk the newly planted fields, praying for healthy crops.

Pagans may use this time to bless the home and garden. Since most of us no longer have fields to bless, we can call upon our favourite diety to ensure our homes are spiritually cleansed, or that a particular project be fruitful. If you garden, sprinkle the soil with water you have blessed. You could also perform a spell to protect and bless your home, property and career. After your ritual make a donation to a food bank. Then purchase some flowers or early vegetables from a local farmers market.

June 15th – The Fires of Summer
Since ancient times, mid June was an important point on the calender, used to guide the Sun on it’s path, which eventually peaked at Litha. In celebration, needfires were built, and as the flames climbed skyward, people chanted while raising their arms as a sign of gratitude. From these needfires, branches shaped into circular forms were lighted and rolled downhill.

These rites continued well into the twentieth century. To create your own solar rite, light a large candle on your altar. Surround it with four yellow votives. As you light the orange candle say: “Candle burn, let the sun return”.
Light the votive candles, one for each season, and then say: “Candles burn, let the seasons return”.
Gazing at the burning candles, think of the things in your life you wish to energize, love, friendships or any other activity. Or you may use this ritual to purify magickal tools.

August 13th – Diana’s Day
The ancient romans set aside this day to honour their beloved diety Diana. Great and powerful, Diana is a warrior goddess figure. She is the compassionate protector of the disadvantaged. As a moon goddess, she is also identified with women, childbirth, hunters, animals and all rural places. Healing and success fall under her powers as well.

Since trees are sacred to Diana, invoke her spirit in a wooded area. To do this, plan a picnic or barbeque. Serve grilled meats and fruits. After your feast, cast a spell for general weel-veing and success. Thank Diana for listening to you by leaving a small gift on a tree branch such as an ornament shaped like an animal, a crescent moon or a star. End your day by visiting orchards or produce stands. This is especially enjoyable day for children – consider taking them to a county fair so they may see animals, canned goods and vegetables, all of which have special meaning to Diana.

November 29th – St. Andrews Eve
The night before St Andrews feast day was one of the most magickal nights of the year in central and eastern europe years ago. For centuries, all types of magick and divinations have been performed on this night. In many ways St Andrews Eve was similar to what St. Valentine’s day was in the west. Various forms of love magick were performed, including romantic spells, and many sought to induce prophetic dreams to reveal a future lover. And on this night, a knock at the door usually went unansweredbecause, according to legend, this was the only night of the year when vampires walked the countryside. Magick and fortune telling of all kinds were performed by candle light on this magickal eve. This would be the perfect night to scry using a black mirror, a dark water filled bowl or the surface of a lake or pond.