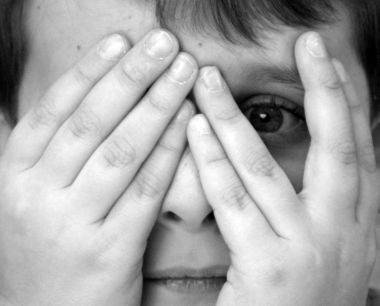 At some point in everyone’s lives, fear takes over. But the dangerous part is not the fear that makes us scream out in utter terror for our lives, it’s the little fear that destroys us. The fear that inhibits us from accomplishing what we really want – a life without fear.

Along my journey to total spiritual enlightenment, I have encountered many obstacles which requires me to step up and face my deep fears. I never really had many, but those that I do, are really deep-set and hard to get rid of. Being as ‘fear-less’ as I am, I have seen the fears of others hold them back from moving forward and even attaining small goals, like achieving a certification or a promotion.

A common fear among many is getting lost. This could mean as simple as driving around and taking a wrong turn. I’ve always been a very adventurous young girl, and I love nothing more than to jump in a car and just drive around, and GET LOST. I hate GPS devices, they take the fun out of an adventure. I like going to places I haven’t been for a while and just figuring the way as I go. But in recent times, I’m assuming due to crime and what not, people stopped venturing into unknown lands.

A dream of mine is to jump on a horse and just ride.. and ride.. going nowhere in particular.. just  taking in the scenes as I meet them. Upon revealing this desire to my partner, I was stopped with a sharp “NO!” When I responded with an inquisitive “Why” I was told about how crazy I was and if I didn’t know where I was living.

Crime has crippled everyone, it seems, except me. I’ve looked down the barrel of a gun before, during a mugging in the capital city in the early afternoon. It has never stopped me from much, except using public transportation, but honestly, I think sweaty people is more of the deterrent than crime.

Now, fear is important. It protects us and keeps us in the safe zone. But at some point, you’ll wonder what’s on the other side. The world is full of fears; fears of spiders and insects, fears of heights, fears of falling, fears of failure and some, fears of success.

So my question to you is, how are your fears harming you and how can you overcome them? Let me know in the comments below!