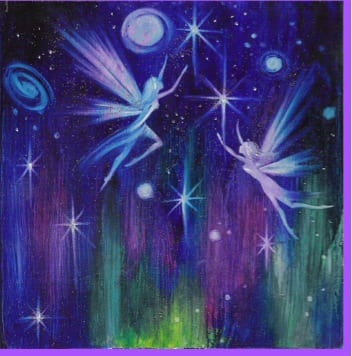 If you walk nine times around a fairy rath at the full of the moon you will find the entrance to the Sifra; but if you enter beware of eating fairy food or drinking fairy wine.

On Fridays the fairies have special power over all things and chiefly on that day they select and carry off young mortal girls as brides for the fairy chiefs.

Fairies are passionately fond of music; it is therefore dangerous for a young girl to sing all alone by the lake, for the spirits will draw her down to them to sing to them in the fairy palace under the waves, and her people will see her no more.

In Connaught, the people have many strange superstitions of great antiquity. If a child spills its tin of milk on the ground, the mother says: “That is to the fairies, leave it to them and welcome” and the child is never scolded, lest that might bring ill luck. For the fairies hate everything that is mean being of themselves of a bright, free, joyous nature; except, indeed the Banshee, who is the spirit of sorrow and doom.

The fairies like people who are kind and considerate, and who leave food on the dresser and fire in the grate at night for when they hold their councils; yet not too much fire, for they dislike smoke, and the good woman of the house must never throw out water after dark, without saying: “Take care of the water”, for the fairies are very nice in their ways, and resent any such chance as might spoil their pretty gay caps and feathers. They greatly desire human aid and are very clever and acute in obtaining it.

The fairy doctors are generally females. Old women, especially are considered to have peculiar mystic and supernatural power. They cure chiefly by charms and incantations, transmitted by tradition through many generations; and by herbs, of which they have a surprising knowledge.