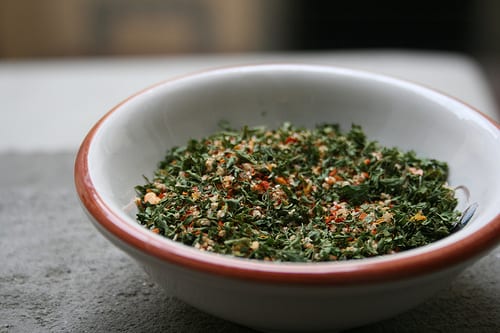 Chinese Herbalism is the subject which researched knowledge include basic theory of Chinese materia medica and include crude medicine and prepared drug in pieces and traditional Chinese patent medicines and simple preparations’ source, collection and preparation, performance, efficacy, and clinical application. Chinese materia medica is also the medicine based on traditional Chinese medicine theory. it includes Chinese crude medicine, prepared drug in pieces of Chinese materia medica and traditional Chinese patent medicines and simple preparations, etc. Herbalism is the Chinese art of combining medicinal herbs. Herbalism is traditionally one of the more important modalities utilized in traditional Chinese medicine (TCM). Each herbal medicine prescription is a cocktail of many herbs tailored to the individual patient. One batch of herbs is typically decocted twice over the course of one hour. The practitioner usually designs a remedy using one or two main ingredients that target the illness. Then the practitioner adds many other ingredients to adjust the formula to the patient’s yin/yang conditions. Sometimes, ingredients are needed to cancel out toxicity or side-effects of the main ingredients. Some herbs require the use of other ingredients as catalyst or else the brew is ineffective. The latter steps require great experience and knowledge, and make the difference between a good Chinese herbal doctor and an amateur. Unlike western medications, the balance and interaction of all the ingredients are considered more important than the effect of individual ingredients. A key to success in TCM is the treatment of each patient as an individual.

Chinese Herbalism often incorporates ingredients from all parts of plants, the leaf, stem, flower, root, and also ingredients from animals and minerals. The use of parts of endangered species (such as seahorses, rhinoceros horns, and tiger bones) has created controversy and resulted in a black market of poachers who hunt restricted animals. Many herbal manufacturers have discontinued the use of any parts from endangered animals.

History of Chinese Herbalism:
Chinese herbs have been used for centuries. The first herbalist in Chinese tradition is Shennong, a mythical personage, who is said to have tasted hundreds of herbs and imparted his knowledge of medicinal and poisonous plants to the agricultural people. The first Chinese manual on pharmacology, the Shennong Bencao Jing (Shennong Emperor’s Classic of Materia Medica), lists some 365 medicines of which 252 of them are herbs, and dates back somewhere in the 1st century C.E. Han dynasty. Earlier literature included lists of prescriptions for specific ailments, exemplified by a manuscript “Recipes for 52 Ailments”, found in the MaWangDui tomb, sealed in 168 B.C.E. Succeeding generations augmented on this work, as in the Yaoxing Lun, a 7th century Tang Dynasty Chinese treatise on herbal medicine. Arguably the most important of these was the Compendium of Materia Medica (Bencao Gangmu) compiled during the Ming dynasty by Li Shizhen, which is still used today for consultation and reference.

During the neo-Confucian Song-Jin-Yuan era (10th to 12th Centuries), the theoretical framework from acupuncture theory (which was rooted in Confucian Han theory) was formally applied to herbal categorization (which was earlier more the domain of Daoist natural science). In particular, alignment with the Five Phases (Tastes) and the 12 channels (Meridians theory) came to be used after this period.

The Four Natures in Chinese Herbalism:
This pertains to the degree of yin and yang, ranging from cold (extreme yin), cool, neutral to warm and hot (extreme yang). The patient’s internal balance of yin and yang is taken into account when the herbs are selected. For example, medicinal herbs of “hot”, yang nature are used when the person is suffering from internal cold that requires to be purged, or when the patient has a general cold constituency. Sometimes an ingredient is added to offset the extreme effect of one herb.

The Five Tastes in Chinese Herbalism:
The five tastes are pungent, sweet, sour, bitter and salty, each of which their functions and characteristics. For example, pungent herbs are used to generate sweat and to direct and vitalize qi and the blood. Sweet-tasting herbs often tonify or harmonize bodily systems. Some sweet-tasting herbs also exhibit a bland taste, which helps drain dampness through diuresis. Sour taste most often is astringent or consolidates, while bitter taste dispels heat, purges the bowels and get rid of dampness by drying them out. Salty tastes soften hard masses as well as purge and open the bowels.