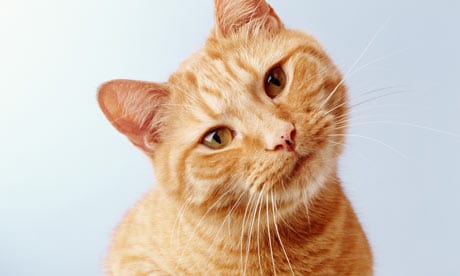 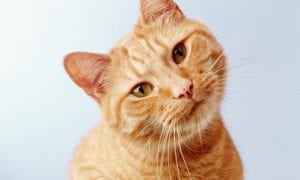 Cats have been associated with deities, witches and magick for centuries. Here are some nippets of cat-related folklore.

Cats have been sacred to more than one religion, and at different times and places have been considered both good and bad luck-bringers. The Egyptian goddess Bast was both lion-headed and cat-headed and attended by cats and therefore cats were sacred and revered in Egypt; killing one was a heinous crime, and when a household cat died mourning rites were performed for it. Cats were often found in temples and were ritually fed; stray cats were treated with honour and fed, and the household cat was allowed to share the family’s food. Cat amulets were produced and elaborate cat-sized sarcophagi crafted for cats who had died, who wereoften embalmed as humans were.

Followers of the goddess Diana also considered the cat sacred because she once assumed the form of a cat, and cats were under her special protection. In Scandanavia, Freya’s chariot was drawn by cats. The Celtic goddess Ceridwen was also attended by white cats, who carried outher orders on earth.

Cats are traditionally associated with witches, and it is generally assumed today that witches’ familiars were and always cats. However, during the Burning Times any small animal that was kept in the house was suspect, and records show that accused witches were forced to confesshaving familiar spirits in the form of cats, rats, mice, dogs, weasels and toads. It was also firmly believed that witches could take the shape of cats, and accusers sometimes claimed that they were
followed or tormented by witches in the shape of cats. In 1718 William Montgomery ofCaithness alleged that hordes of cats gathered outside his house nightly and talked in human language; he claimed to have killed two of them and wounded another one night and awoken the next morning to hear that two old women had been found dead in theier beds and another badly injured.

In Britain and Australia black cats are considered lucky, and in some places white cats are correspondingly unlucky. In many parts of Europe and in the United States, however, it is the black cat who is ill-omened. In Britain tortoiseshell cats will bring their owners luck, and blue cats bring luck in Russia. An old saying about black cats is that ‘Whenever the cat of the house is black, the lasses of lovers shall have no lack’. It was said that if the household cat sneezed near a bride on her wedding day, she would have a happy married life.

To meet a black cat is usually fortunate, especially if it crosses one’s path. In some districts the luck is only considered released if the cat is politely greeted, or stroked three times. Sometimes it is considered unlucky if the cat runs away from the person, or turns back on its own tracks. To meet a white cat is bad luck, except in those countries where white cats are the luck- bringers. If a black cat comes into a house or onto a ship, it is considered a very lucky sign, and the cat should never be chased away in case it takes the luck of the house with it.

Seamen avoid the word ‘cat’ while at sea, but to have a cat on board is lucky, especially if it is a completely black cat with no white hairs. To throw the cat overboard raises an immediate violent storm; no sailor would do such a thing to the ship’s cat, and in fact cats are rarely left on an abandoned ship but are generally rescued with the sailors. In Yorkshire, if a sailor’s wife kept a black cat, her husband would always return safely from the sea; this sometimes led to black cats being stolen.

Cat hair and bones were often ingredients of charms and spells, and even now a few hairs from a cat are supposed to increase the power of a spell, although this now appears more common in England than in America where the hair of a wolf appears to have taken over. In previouscenturies the tail of a black cat was believed to cure a stye if stroked over the afflicted eye, and a tortoiseshell cat’s tail was considered to remove warts. Three drops of a cat’s blood smeared on a wart was also considered to cure it. If a person in the house was very ill, it was thought that throwing the water in which the patient had been washed over a cat, and then driving the poor creature away, would transfer the illness to the cat and drive it out of the household.

It was said that every cat should be given two names; a country rhyme states ‘One for a secret, one for a riddle, name puss twice and befuddle the devil’. This saying was based on the belief that one person could gain power and ascendancy over another simply by knowing his or her real name; by giving the household cat two names, once for common use and one secret and never revealed to outsiders, the pet which had the run of the household could be protected from becoming a tool of evil or of outside infiltration.