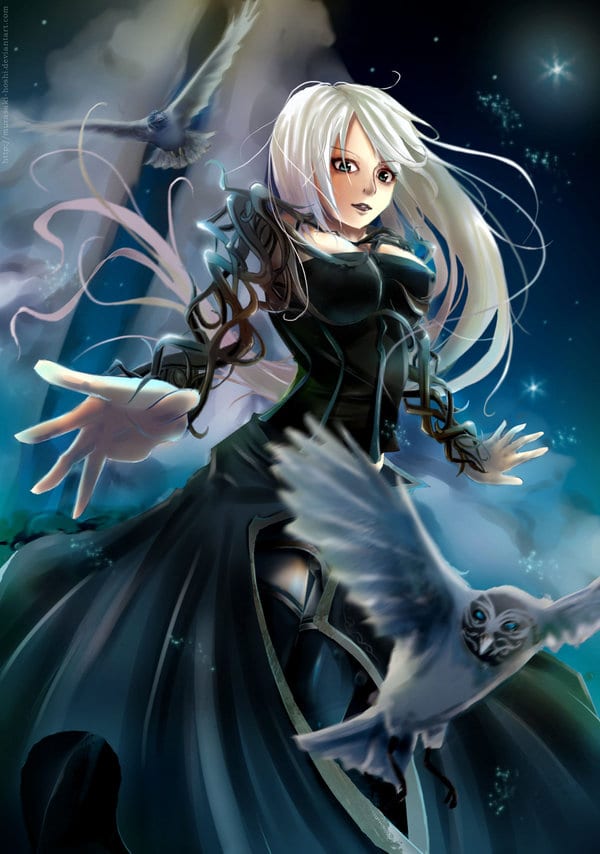 The black magician is one of the most infamous in occultism. The rumours and tales of their dark art and their insidious practice covers everything from evil deities to sacrifice, similar to the stereotype of the Satanist, though in a more tribal sense. The fundamental essence of black magic is similar to the common concept of entropy.

The main thing to focus on at all times when practicing an art like this is attaining tangible or noticeable results. Do not just assume that anything has ever happened. One of the unfortunate stereotypes that follows black magic, aside from the perverted rituals of amorality, is lack of ability due to the mass influx of those interested in reaping the negative attention and shock effect. Because of this, I strongly advise practitioners to be diligent in their studies and casting and not allow the mystique to overwhelm pragmatic rationalism.

Be sure that if you cast a degrading spell that something (perhaps not even your intended target) has deteriorated, shifted, or something to that effect. In the beginning, stick to simple spells that have only one mechanism to concentrate on (i.e. Things which are simply cause and effect, not manifest only after a chain of domino lesser effects). It must be done that way at the beginning or else future results run the risk of being crippled or barely noticable.

Later, refine the amount of energy and the focus control thereof through experience. Focus on one type of magic at first, such as erosion. Do not attempt to begin by casting shielding and corrosive spells back to back, or alternating between physical effect spells and various hexes. Try to perfect one thing and then move on to something else. The Black Magician is to always increase their repertoire of destructive spells, but only after having attained some degree of proficiency in past attempts. Always seek out new spells and of a different sort. Do not be discouraged, even after a few minimal results (if it really comes down to that).

The black mage has quite a reputation to live down, but it is nothing that stolid study can not solve.