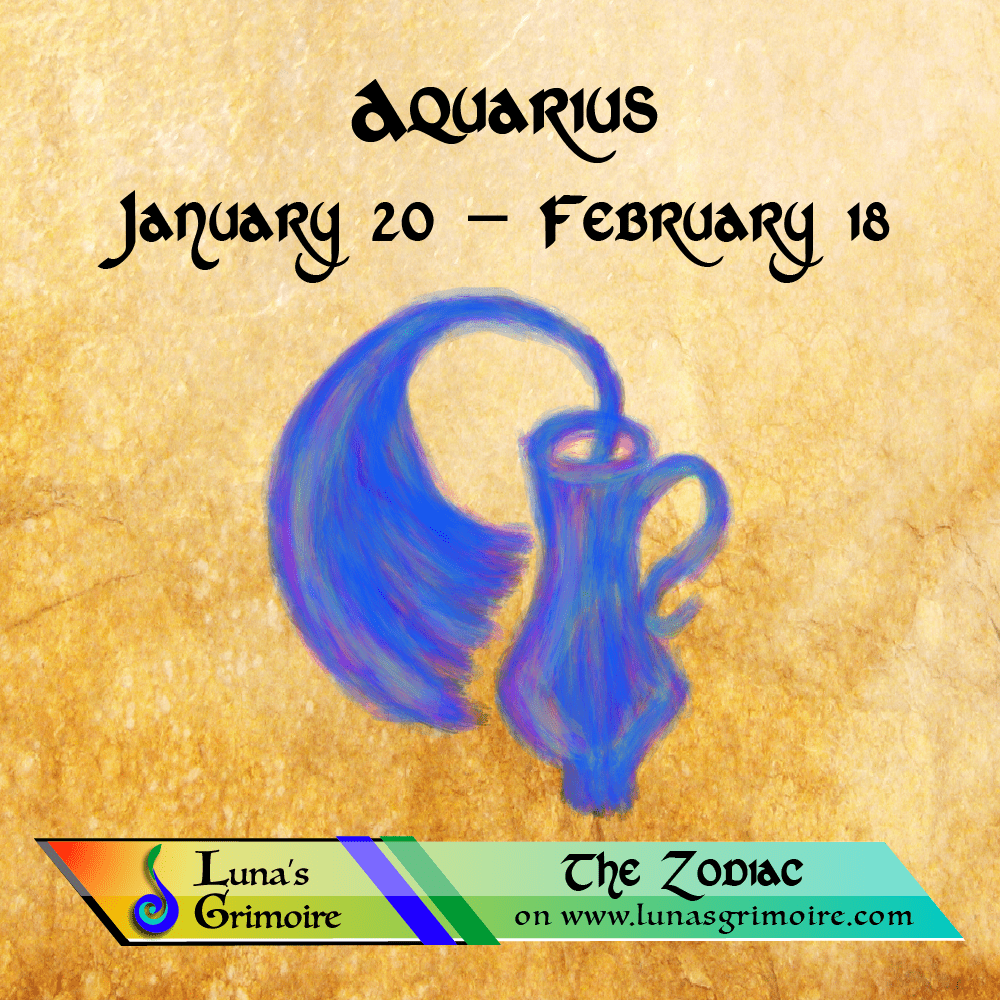 Aquarians basically possess strong and attractive personalities. They fall into two principle types: one shy, sensitive, gentle and patient; the other exuberant, lively and exhibitionist, sometimes hiding the considerable depths of their character under a cloak of frivolity. Both types are strong willed and forceful in their different ways and have strong convictions, though as they seek truth above all things, they are usually honest enough to change their opinions, however firmly held, if evidence comes to light which persuades them that they have been mistaken. They have a breadth of vision that brings diverse factors into a whole, and can see both sides of an argument without shilly-shallying as to which side to take. Consequently they are unprejudiced and tolerant of other points of view. This is because they can see the validity of the argument, even if they do not accept it themselves. They obey the Quaker exhortation to “Be open to truth, from whatever source it comes,” and are prepared to learn from everyone.

Both types are humane, frank, serious minded, genial, refined, sometimes ethereal, and idealistic, though this last quality is tempered with a sensible practicality. They are quick, active and persevering without being self-assertive, and express themselves with reason, moderation and sometimes, a dry humor.

They are nearly always intelligent, concise, clear and logical. Many are strongly imaginative and psychically intuitive, so that the Age of Aquarius, which is about to begin, is much anticipated by psychic circles as an age in which mankind will experience a great spiritual awakening. The Aquarian philosophical and spiritual bent may be dangerous in that it can drive the subjects into an ivory-tower existence where they meditate on abstractions that bear little relevance to life. On the other hand it can help the many who have scientific leanings to combine these with the Aquarian yearning for the universal recognition of the brotherhood of man, and to embark on scientific research to fulfill their philanthropic ideals of benefiting mankind. When some cause or work of this nature inspires them, they are capable of such devotion to it that they may drive themselves to the point of exhaustion and even risk injuring their health.

Both types need to retire from the world at times and to become temporary loners. They appreciate opportunities for meditation or, if they are religious, of retreats. Even in company they are fiercely independent, refusing to follow the crowd. They dislike interference by others, however helpfully intended, and will accept it only on their own terms. Normally they have good taste in drama, music and art, and are also gifted in the arts, especially drama.

In spite of the often intensely magnetic, forthcoming and open personality of the more extrovert kind of Aquarian, and of their desire to help humanity, neither type makes friends easily. They sometimes appear to condescend to others and take too little trouble to cultivate the acquaintance of people who do not particularly appeal to them.
They do not give themselves easily – perhaps their judgment of human nature is too good for that – and are sometimes accounted cold. But once they decide that someone is worthy of their friendship or love, they can exert an almost hypnotic and irresistible mental attraction on them and will themselves become tenacious friends or lovers, ready to sacrifice everything for their partners and be faithful to them for life. However, they are sometimes disappointed emotionally because their own high personal ideals cause them to demand more of others than is reasonable. And if they are deceived their anger is terrible. If disillusioned, they do not forgive.

Aquarians work best in group projects, provided that they are recognized as having a leading part in them. They have a feeling of unity with nature and a desire for knowledge and truth that makes them admirable scientists, especially astronomers and natural historians. They may excel in photography, radiography, electronics – anything connected with the electrical and radio industries – aviation and everything technical. On the arts and humanities side their progressive tendencies can be expressed in writing, especially poetry, and broadcasting, or as welfare workers and teachers. Some have gifts as entertainers and make good character actors (having an ability to mimic) and musicians. The more psychic among them possess healing gifts, especially in curing the mentally sick.

Among the faults to which they are liable are fanatical eccentricity, wayward egotism, excessive detachment and an inclination to retreat from life and society, and a tendency to be extremely dogmatic in their opinions. Aquarians can be a threat to all they survey or a great boon for humanity in general. Circumstances – for example, continuous opposition to a cause they hold dear – may cause the atrophy of the openness of mind that is one of the Aquarian’s most attractive traits. They may express a lack of integrity in broken promises, secretiveness or cunning. Simmering anger and resentment, rudeness or, worse, a tense, threatening silence which may suddenly burst out in eruptions of extreme temper, these are all part of the negative side of the Aquarian. This can also reveal itself in a sustained hatred for enemies that is capable of enlarging itself into a misanthropy toward the whole of mankind.

As Aquarius is said to govern the legs from knees to ankles and the circulation of blood, its natives are susceptible to ailments particularly in the legs and ankles, such as cramps, and are also liable to spasmodic and nervous complaints, as well as wind, catarrh, diarrhea, dropsy, goiter and delirium tremens – so that the avoidance of alcohol is important for those Aquarians who have a taste for it.

The beautiful Turquoise is your starstone. The name comes from the French “turquoise”, which means “Turkey” as in the original localities in Persia (today Iran). Since before 4000 BC Turquoise has been used and coveted. It can be pure in color or may contain secondary minerals. If the matrix forms a pattern of interlocking polygons it is called “spider-web” turquoise.