Android MUST HAVE Apps 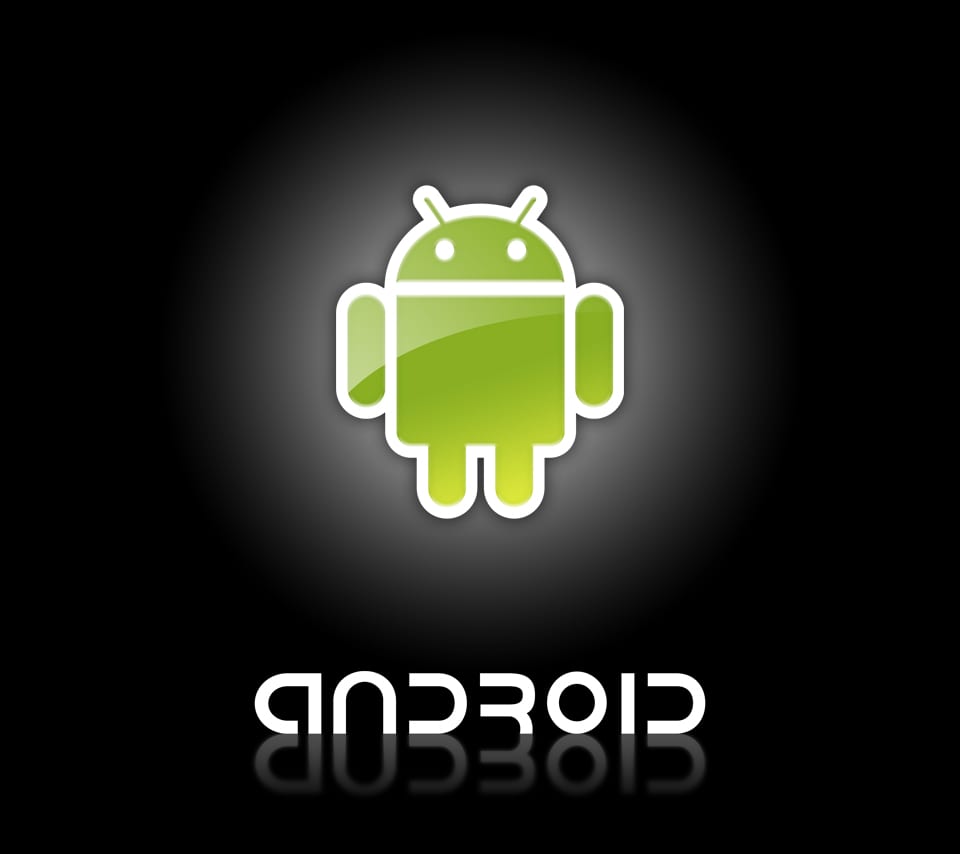 I’ve been an Android user from June 2012, and I’ve never regretted a moment of it. My boyfriend owns a Samsung Galaxy S2, which I fell in love with, and I had a Blackberry Bold. Moving from a Blackberry was super easy, because I HATED Blackberry Messenger (anyone with a BB would understand how annoying it can be, unless you’re a teen – then you’d love it!).

My journey with Android began with a tablet, a Motorola Xoom. It’s the best Android tablet on the market and I think it’s only rival right now would be the highly anticipated Nexus 10.. which I DO have my eyes on, but the Xoom has sentimental value and works GREAT!

Let’s talk OS. My tablet came with Gingerbread, but of course, within minutes that changed to Ice Cream Sandwich (ICS). I liked ICS and it does WELL with battery power, but I swiftly upgraded to Jellybean (JB) because of the Project Butter reviews. Now there’s one thing I don’t like about JB, it’s the fact that is eats more battery than ICS, but that’s sort of an obvious trait.

So here are the must have apps for me.. and the reasons behind them. These are all free apps, as Android is so awesome, there are few apps you have to pay for! Please remember, I use an Android JellyBean TABLET, and not a phone, and I work all day on my tablet, and honestly, I wouldn’t be loading up a phone with apps, but that’s because I have the tablet! However these apps also work pretty great on phones too 🙂

Launchers: Now I actually love the stock JB & ICS launchers, but for those who want more customisation, I think Apex Launcher is great! I just prefer the stock launcher, so that’s what I use.

Email: I use GMail because I like it. But for those with a corporate account that cannot sync with your GMail, then the stock email app would be fine. I’m assuming it’s like using MS Outlook. I have never set up anything on it, so I have no clue how well or terrible it works.

Calendar: I use the stock calendar because it syncs well with my Google Calendar. And it looks just like it too 🙂

Contacts: I use the stock address book. It’s neat, it’s fast, and it syncs well with my Google contacts. AND it backs up to Google Contacts as well, so I’ll never lose a contact again!

Camera & Gallery: I use both stock camera and gallery apps. I have NO problems with the stock JB camera app, and the gallery is awesome because it has the Swipe-to-Delete feature.

Agenda Widget: I use my calendar and my tasks A LOT, but there was no way to get them both in one widget, until I found Agenda Widget. Now, it lists everything in one convenient widget, providing you’re adding dates to your tasks 😉

AirDroid: A must have for any Android device. It syncs your device with your computer so you can drag and drop and upload stuff. No need for wires and USB connections anymore!

Amazon Kindle app: For anyone who likes an E-Book or for those who need to open PDF’s!

Angry Birds: Everyone who has an Android should have this loaded, even if you don’t play!

Antipaper Notes: I was searching for a handwriting app, and I found this.. I think it’s PERFECT! It has lines, and when you hit zoom, the box opens up for more accurate writing. I think the iPads have a similar app.

Calorific: For those who are watching their diet, rather than weight, this is the app for you. You input what you ate today, and the pie chart has three colours, green for good, yellow for okay and red for bad. At the end of the day, you can see what colour your pie chart is to monitor how well or terrible your eating habits are!

Google Chrome: If you’re a Google Chrome user, you should have this but even if you’re not, it’s a better browser than the stock browser. It syncs all your bookmarks from Chrome too 🙂

Dictionary.com: Because you always need a dictionary 😉

Documents to Go: I’ve had this loaded for quite some time, but haven’t actually used it much. I just leave it in the case that I need to open an email when I’m not at home that contains a document attachment.

Google Drive: If you use Google Drive, then you should have this. It just syncs with your Google Drive on your PC. My problem with this app is that you cannot add things offline unless the document is saved offline and you can’t add new documents or notes. Which is a big waste for someone like me.

DropBox: Another must have. It auto-syncs your photos as you take them (or when you hit a wi-fi spot depending on your settings). I think it’s great because you can just move photos and items from your dropbox and save them to your desktop or external hard drive.

eBay: If you use eBay or even shop online, this is a handy tool. I don’t use it much because I hunt on the desktop, but if I’m feeling lazy and someone asks me the price of something, I can fetch it from my tablet with ease. So, it’s a nifty little thing sometimes.

Evernote: I cannot stress how absolutely FANTASTIC Evernote and Evernote apps are. I use the Clipper for Chrome, Skitch on both my desktop AND my tablet, and I use Evernote for Windows Desktop too. It’s a great great app, and no review I write will do it justice. AND you can add notes when you’re offline, and when you go online they sync. This made me think Evernote: 10   Google Drive: 0. AND they have a widget (which you have to download separately) and you can add notes that are Speech-to-text also. I just LOVE Evernote. If you are doing research, this is the BEST thing to use.

Expense Manager: Need to keep track of your finances? Look no more this expense manager is the best I’ve found and it’s soooo easy to use. And it has a great widget that comes with it too!

Four Square: If you like sharing your location with everyone, then this is great. It also has an Explore feature that tells you where all the locations are near you. An easy way to find restaurants  sports bars and more that aren’t on Google Maps.

Friendcaster: I use this purely for uploading photos to Facebook because I’m able to select which album I’m uploading to. The layout is great too 🙂 The only reason I still have Facebook for Android is because I hate seeing a status update that has a Friendcaster tag on it. The browsing on Friendcaster is also MUCH better on a tablet device too.

GO Weather EX: I’m not sure if I actually use this, but it’s on my status bar and if I remove it, it looks somewhat odd. But it’s pretty accurate for my zone (I know that in the winter months abroad it would be difficult to use because of how unpredictable winter weather is).

Google Sky Maps: The most amazing app after Evernote. If you’re a star gazer (like me) then this is a wickedly cool app, and if you’re not, this is a fantastic seller to those without an Android device.

GTasks: The best app to sync your Google tasks with. I love this app and will never change that!

Home Design: A fun app to get some ideas from if you’re building or remodelling your house. I have had the app for a couple days and got some nice ideas from it. But it’s not worth holding on to once you’ve already clipped everything to Evernote 😉

Instant Heart Rate Monitor: I must say, this is great, even the FREE version is. It’s very very accurate and very nifty to have.

Google Maps: Something everyone SHOULD have now. I download the map for the entire island just to ensure that I have access to it when I’m offline. It’s quite accurate and something nifty to have. Trust me, it will come into use in your darkest times.

Memories: This is a great diary/journal app with a password protection system on it. I don’t write as often as I should but it’s good for storing things you don’t want anyone to see, like Christmas lists and perhaps your thoughts or feelings that day. I use mine as a dream journal and I’m able to go back and see what dreams I’ve had and when. The FANTASTIC thing about this is the built in Moon Phase. So you can look back and see if the moon phase affects your mood or dreams.

Netflix: If you have a Netflix subscription and a 10 inch tablet, this is a nice addition when you want to watch Supernatural or Criminal Minds and someone else wants to see something gay. LOL 😀

Out of Milk: For those of you who make shopping lists, this is the app for you! I love this app and use it all the time for the groceries!

OvuView: Ladies, this is your app. For those who wish to track your menstrual cycle and see when your fertile phases are and when you’re ovulating, this is a great app to use. Very accurate in my opinion and it’s a simple, clean app that’s very easy to use.

Recipes: I use this to get a new recipe when I’m not sure what to cook. There are TONS of recipe apps out there, but I like this one.

Self Cure: A great app chock full of quick home remedies for your common and not-so-common ailments. A good app to have as a quick first aid reference.

Skype: Anyone with a front facing camera should have this for video chat.

Swipe Keyboard: I use this for fast typing emails. It’s takes a couple days to get used to but it makes typing in a vehicle or one-handed MUCH easier. The dictionary is pretty good as well.

Google Talk: Anyone with a google account can use this as a instant messenger. It’s nice and clean 🙂

YouTube: The new interface for tablets is great. And if you have a PS3, you can use your Android Device as a remote and view videos on your TV (once the TV is connected to the PS3). I watch funny cat videos to unwind after a rough or long day.

Other great apps that I no longer have because of a lack of use: