A Dream with a Message 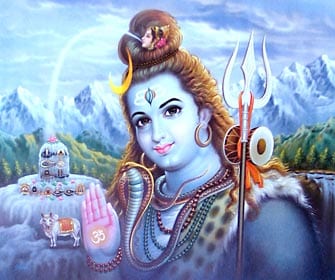 For the last few days I’ve been feeling out of sorts. It might be all the work that’s going into this grimoire and it’s web store, or it might be my body acting up again. Either way, my body is reacting with fevers and a sudden need to sleep. I listen to my body, so I do as it says (which puts me behind schedule). Anyway, when I’m sick, I meditate a lot more than I usually do (honestly, I should meditate way more than I currently do), so my third eye is open for business, and when I say business, I mean receiving information. On Thursday night however, when I was up late working (on the grimoire of course), I felt a strange but good feeling. I was working in a trance mode – I do that sometimes to concentrate. It’s sort of like working like a drone. I felt a light, tingly feeling. Not a presence, but a feeling. I wish I knew what that was. I suspect though, that the deeper I get into this project and making a career as a lightworker, the more at peace my spirit is.

About this dream. I’m not sure what to think when I dream of gods, especially Hindu gods. I was previously Hindu when I was a young girl until my teens (then I rebelled until I found myself here), so I’m very very familiar with their representation. But when you dream Lord Shiva, what does that mean? To me, he’s one of the gods I respect to a fearful level. It’s not a bad fear. More like a “Daddy has a stern hand” kind of fear.

For those of you who are unfamiliar with the Hindu deities, Lord Shiva represents the aspect of the Supreme Being (Brahman of the Upanishads) that continuously dissolves to recreate in the cyclic process of creation, preservation, dissolution and recreation of the universe. As stated earlier, Lord Shiva is the third member of the Hindu Trinity, the other two being Lord Brahma and Lord Vishnu. (Read more here)

Pretty much, I was instructed (by Him) to get my Shiva Lingam Stone and place it under my pillow… and light a candle for him, meditate, chant and my sickness will go away. This I shall do. Why? Because I never ignore my dreams, and “Daddy” said so. Last time I meditated and thought about him, I was in a state of Om for 3 days. I felt like a bubble-head, so light and free and a constant, resonating “Om” in my ears. I felt at absolute peace. So there, another reason to listen.