Which Witch is Which? Labels & Titles

Home Which Witch is Which? Labels & Titles 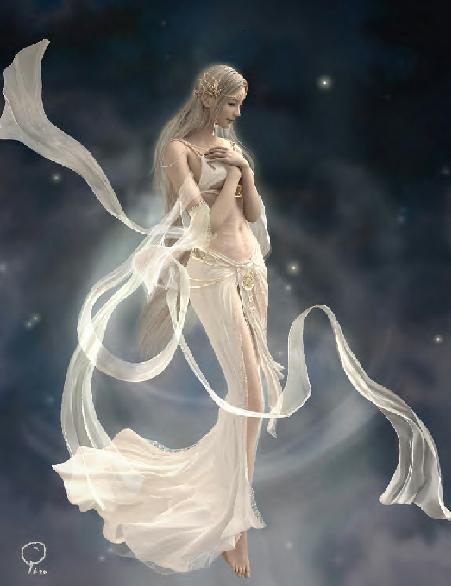 Labels
Almost everyone wants to put aspects of life into categories. To give it a name or label to segregate this group from that group. Pagans are no different than anyone else in this regard. People want to be able to call them self something that represents who they are and what they believe, or their standing within their community. Labels and titles are simply a way to do that. Not everyone feels the need to take on a label. And that’s ok too.

For those that do, whither you call yourself a pagan, a witch, eclectic or a Celtic pagan, the label you chose should feel comfortable. To do that, you should learn about the label you chose, what it means and how it relates to your perceptions of your path.

What is a Witch?
A witch in a simple definition is a person who practices the art of energy manipulation; what we call Magik. This label is typically associated with Anglo-Celtic, Celtic and Southern Teutonic magik traditions. However, the label “witch” is not specific to any one religion.

There are Witches in Witchcraft, Christian Witches, Jewish Witches (more often called Mystics), Satanic Witches, Voodoun Witches and many more. Each of these religions use the label witch, or variations, to describe a person who includes magik as part of their beliefs and practices.

Being a witch is a choice, not a birth right or predestined path. A person can chose to work with energy through healing; but that doesn’t make them a Witch. Lighting a candle in church and saying a prayer to Jesus, doesn’t make someone a Witch. There is no witch DNA, or witch chromosome. So it’s important to know that no one is ‘born a witch’ or can claim to be a ‘natural witch’. Even people with natural talents must first accept them and chose to use them. And then chose how they are to be used and on what path. Being a witch is a choice and nothing more or less.

Finally, not all who walk on the religious path of Witchcraft practices magik. Therefore they don’t claim the label witch for their own use. And not all who practice magik, use it on a spiritual path at all. Most of these follow the principles of Spellcraft and not a religious path view such as Witchcraft. Spellcrafters often prefer the label Mage, instead of Witch, to make a distinction between their magik practices and those of spiritual witches.

What is a Warlock?
Warlock is also often associated with a male witch. However it is important to note the 2 distinct meanings of the word, because using this label is not accurate from a Saxon perspective.

Warlock comes from two root words and has 3 meanings:

What Is A Wizard?
(Anglo-Saxon) Includes both sexes; One who is born with naturally given talents, energies and great knowledge of Magikal practices. One who adheres to the pagan traditions. A wizard usually acts alone and is sometimes considered to be a semi-divine authority. Merlin would be a good example. However, this divine perception is often rejected and most often redirected to the proper deities by the wizard himself/herself.

Everyone is born with gifts and talents, however, a wizard is born with an inner instinct toward magikal practices. That person still has to make the ‘choice’ to use those gifts on the pagan path. A witch or wizard is making a choice to follow the principles and beliefs of the pagan path and exercise their given talents. They are not born with an all knowing wisdom. Just like everyone else; they have learning to do and wisdom to achieve.

What Is A Shaman/Shamanka?
(Sanskrit) In the strictest definition “one who lives life in self-denial for spiritual purpose”. However, this word is more often viewed through it’s secondary meaning “one who is dedicated to a spiritual life achieving a level of leadership and teaching”. The term began in India and slowly migrated in two directions. The first moved through Germany, Scotland, Ireland, and on to North America. The second moved through the Orient, Russia and on to the North western sections of North America . Shaman is the masculine variation, Shamanka is the female version.

Magikal Path Labels
There are typically 3 labels used to define the practice or an individual within the Craft community.

Solitaire
A person who has dedicated their spiritual life to a pagan path and are practicing alone or within their immediate family unit.

Practitioner
A person who has dedicated their spiritual life to a specific tradition and practices alone or within their family unit.

Coven Member
A person who has been initiated within a formally organized coven, clan, grove or the like

Hierarchical Titles
Titles are a little different than labels. Titles are labels that are earned. Not taken on to be impressive or to create a false sense of importance. So when it comes to saying you’re a Shaman, Priest or High Priestess, make sure you have the right to take on those titles and you’re not misrepresenting yourself to others. There are many Hierarchical labels, Wizard, Mage, Sage, Sorcerer/Sorceress and so on. Each tradition might take on a variation of these labels to represent different initiation levels within the tradition as well. Or to represent different roles and/or responsibilities.

The most common titles are:

Here’s another example in detail. Within my clan each level of membership defines an individuals role within the Clan and the Clan community at large. These titles are earned, they are not given out just by being a member of our organization.