Home What is Wicca? 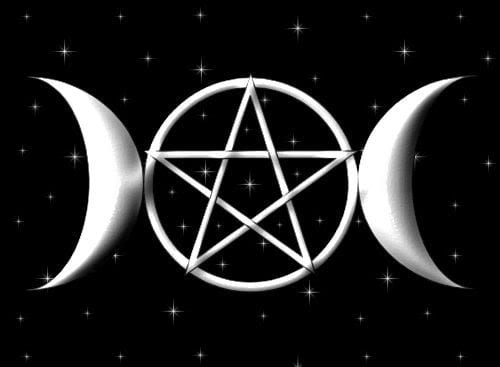 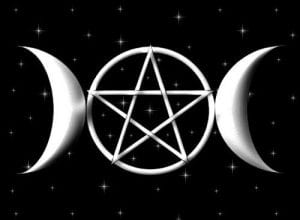 Wicca is a peaceful and harmonious modern day religion based on the reconstruction of pre-Christian traditions and beliefs originating in the Celtic British Isles. It is a balanced and natural way of life, fostering a oneness with the Earth, the divine, and all that exists.

Archaeological research shows that the Paleolithic peoples of prehistoric Europe worshipped a Hunter God and a Fertility Goddess. Cave paintings dating back more than 30,000 years depict a man with the head of a stag, and a pregnant woman standing in a circle with eleven people, as represented in modern day Wicca.

Witchcraft in ancient times was known as “The Craft of the Wise”. It was the practice of shamans, medicine men and women who worked spiritually with the forces of nature on all levels. They had knowledge of herbs and medicine, they gave council, and they were the Shamanic leaders of their tribes. They possessed the metaphysical understanding that man is not superior to Nature, but simply one part of the whole, one comprised of many levels, both seen and unseen, material and ethereal. They understood that as we take we must return, in order to maintain balance and equilibrium in our individual lives, and in the Universe as a whole.

How Did Wicca Return to Modern Times?

The Gardnerian tradition is named after Gerald Gardner (1884-1964), a well traveled British civil servant, who spent much of his service in Southeast Asia. An intelligent and curious man, he educated himself, and was an enthusiastic researcher in the study of local folklore and archeology in the colonial outposts where he lived. He knew and collaborated with many famous occultists, most notably Aleister Crowley.

Gardner believed that folk magick in Great Britain and Celtic Europe were remnants of pre-Roman, and possibly even pre-Celtic religion of Western Europe. When he returned to England permanently shortly before World War II, he devoted himself to the research of the occult and of “the old religion” full time. During his research he encountered members of a secret group called “The Wicca”. He found the Witchcraft practiced by the Wiccans spiritually rich and multi-dimensional, and he devoted the remainder of his life to it?s preservation and promotion. He believed the Wiccans were the last living, practicing descendants of pre-Christian and pre-Roman religious practice. Under Gardner’s guidance, the group grew slowly, and in secrecy, as “witchcraft” was still illegal in Britain. In 1951 the Witchcraft Laws were replaced by the Fraudulent Mediums Act, and Gerald Gardner went public, actively promoting his “new” old religion. He won many new followers, and his association with Raymond Buckland spread Wicca across the Atlantic.

Since Gerald Gardner opened the door in the 1950’s for a 20th century understanding of the world’s most ancient religion, Wicca has grown into many new and diverse traditions.