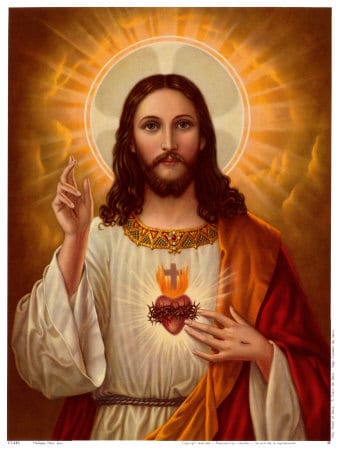 Thirteen reasons why Jesus, if he were here today, would be a Witch
by Carl McColman, author of Embracing Jesus and the Goddess

No single one of these reasons prove the Witchiness of Jesus; but taken as a whole, they make for a compelling case.

1. Jesus criticized the hypocrisy and legalism of the religious status quo, and chose to embrace an alternative spiritual path. Matthew 23:1-36. In Jesus’ day, the religious establishment included the Pharisees and Sadducees, dominant factions in first century Judaism. Jesus’ alternative path followed the radical teachings of his mentor, John the Baptist. Nowadays, in Europe and the Americas the status quo is mainly Christianity; the path of the Goddess — Wicca — is one of the most compelling of available spiritual alternatives. Many people who embrace Wicca have the exact same criticisms of Christianity that Jesus is said to have had about the religious establishment in his day. Hypocrisy, legalism, blind obedience of the rules to the point of ignoring spiritual values like love, trust, and freedom — these are the problems Jesus attacked in the official religion in his day, and that many Wiccans today see in the religious status quo of our time. Perhaps Jesus, were he here today, would join Wiccans in criticizing mainstream religion and trying to find an alternative way.

2. Jesus was a psychic healer. Luke 6:19; John 9:1-12. Luke comments that “all in the crowd were trying to touch him, for power came out from him and healed all of them.” And John recounts how Jesus made a magic healing paste by mixing his saliva with soil from our Mother, the Earth. For Jesus, healing was a central part of his spiritual identity. Witches, likewise, rely on herbal wisdom, natural foods, and psychic practices like reiki to bring healing and comfort to themselves and their loved ones. Sadly, the Christian religion rarely encourages its followers to take responsibility for their own healing, but rather colludes with a medical establishment that keeps people passive in regard to their own wellness. Jesus the healer has much more in common with Wiccan healers than with church-going “patients.”

3. Jesus acknowledged the divinity within each person. John 10:34-36. All he was doing was quoting the Psalms, but Jesus emphasized it: “You are gods.” Throughout the Bible, Jesus uses mystical language to illustrate the essential unity between humanity and divinity. How sad that the church founded in his name lost that sense of human divinity, and has instead stressed the “fallenness” and “separation” that keeps humanity alienated from the divine. Incidentally, this is an indirect affirmation of Goddess spirituality, as well — for if we are gods, as Jesus quoting the scripture insists, then both men and women partake of the godly nature; implying therefore that God encompasses both the masculine and feminine dimension of life. So the “God” whom Jesus worships incorporates both the God and the Goddess as revered by Wiccans.

4. Jesus lived close to nature. Matthew 8:20; Mark 1:12-13; 3:13; Luke 4:42; John 18:1. Jesus took a vision quest in the wilderness; he loved to pray in the mountains, slept in gardens, and made a point of telling his followers that he had no house to live in. Frankly, it’s hard to imagine him driving an SUV or worshiping in an air conditioned church. If Jesus were here today, I suspect he’d live in an ecologically sustainable intentional community, and he’d advocate a sacred duty to the Earth with the same zeal which which he advocated care for the poor and the downtrodden.

5. Jesus believed in magic. Matthew 7:7-11. Only he called it prayer. “How many of you, if your child asks for a fish, will give them a stone?” “If you ask for it in my name, it will be done.” Church-goers often see magic as different from prayer, because prayer is timid and uncertain: “Not my will, but thine.” By contrast, magic assumes that the Divine Spirit loves us and wants to bless us in accordance with our highest desires. When Jesus prayed, he prayed with confidence, not timidity. And he taught his followers to do the same. Nowadays, magic may have fancy window dressing (light this candle, recite this incantation, etc.) but it still comes down to the same thing: making a request for spiritual blessing. Jesus’ vision of prayer is like Wicca’s vision of magic: it’s based on trust and love, unlike the prayer of church religion, which is based on fear, self-criticism and self-doubt.

6. Jesus could command the weather. Matthew 8:23-27. Witches have a long-standing reputation for being able to conjure up storms and otherwise control the weather. Jesus, like any accomplished weather-witch, possessed a similar set of skills. He did this both actively (like when he calmed the storm out in the Sea of Galilee) and indirectly (as he was dying, he caused darkness to reign in the middle of the day).

7. Jesus had a profound relationship with the elements. Matthew 14:22-26; Luke 3:16; Luke 8:22-25; John 9:6. Jesus could walk on water; he could command the wind; he baptized with fire, and he used the soil of the Earth to make healing pastes. His spirituality was primal and grounded in the power of the elements. Modern-day Christianity is abstract, sterile, and anti-septic — it is a religion of books, words, and mental concepts. But Jesus, like most modern-day Wiccans, found vitality in the energies of the natural world.

8. Like a shaman, Jesus could channel spirits. Mark 9:2-8. One of the most profound stories in the Bible is that of the transfiguration, when Jesus conjured the spirits of Moses and Elijah. To his followers, this demonstrated Jesus’ authority as a spiritual leader. Later on, Jesus tells his followers that they will do greater works than his (John 14:12); ironically, though, Christianity does not permit its followers to invoke or conjure spirits. But invocation of benevolent spirits has been a part of shamanic spirituality since the dawn of humankind, and modern-day Witches follow in this shamanistic tradition when they Draw Down the Moon and the Sun, calling the spirit of Goddess and God into their Circles.

9. Jesus was comfortable with sensuality and eroticism. Luke 7:36-50. One night, while dining at a respectable home, Jesus received a sensuous foot washing from a woman, who used oil and her hair to wipe the teacher’s feet. The host and the other guests were scandalized, but Jesus saw it as a perfectly lovely statement of affection and hospitality. In fact, when comments were made to Jesus, he responded by saying basically, “What’s your problem?” Alas, the religion that bears his name has evolved into an erotically-repressed spirituality, more like Jesus’ uptight host than Jesus himself. Paganism and Wicca, meanwhile, are spiritual systems that celebrate sensuality, sexuality, and the basic goodness of pleasure. Jesus, who got criticized for being a pleasure lover himself (Matthew 11:19), would no doubt be at home in Wicca’s celebration of the goodness of nature and the body.

10. In his own way, Jesus practiced the Wiccan Rede. Matthew 5:21-22; Matthew 22:33; John 8:32. The core ethical principle in Wicca is the Rede: “If you harm none, do what you will.” There’s two components to this teaching: non-harm, and freedom. It’s a basic principle; you have spiritual freedom, but not to the point of harming your self or others. Compare this to several of Jesus’ teachings. Matthew tells us that Jesus was so committed to the principle of non-harm that he regarded the intent to do violence as bad as violence itself. Meanwhile, John quotes Jesus as saying “Truth sets you free.” But what is the truth that sets us free? The truth of love, trust, healing, and divine grace; in other words, the universal truths that can be found in any spiritual path. The opposite of harm is love. “Harm none” is another way of saying “Love your neighbor as yourself.”

11. In his own way, Jesus advocated Perfect Love and Perfect Trust. Matthew 5:48; Luke 6:32-36; Luke 12:22-34. John quotes Jesus as saying “Do not let your hearts be troubled” and “love one another as I have loved you.” Throughout the Gospels, Jesus says “Do not be afraid.” He suggests his disciples “become like little children” — in other words, be trusting and open-hearted. It’s such a simple message, and today Wicca embodies the spirit of perfect love and trust; indeed, traditional covens require the phrase “Perfect Love and Perfect Trust” as a password to gain entry into circle. Christianity, meanwhile, preaches a message based on perfect anger and perfect fear: God is wrathful, and unless a person is fearfully obedient, he or she will be tortured for eternity. That’s the opposite of what Jesus stood for. Love and trust leads to healing and liberation, whereas fear of judgment leads to depression and spiritual passivity.

12. His enemies accused Jesus of being under the influence of demons. John 8:48; John 10:20. It’s an old tactic. When the people who have religious power want to dismiss their critics, they accuse the critics of being demonically possessed. That’s what the Pharisees said about Jesus, and nowadays that’s what the religious right says about Wicca. Jesus was someone who loved the average person on the street, but had little patience for religious bigotry and self-righteousness. No doubt Jesus would feel he has more in common with Wiccans than with the fundamentalists who attack them.

13. Jesus was killed, unfairly, for his “blasphemy.” Mark 14:63-64. Thankfully, Wiccans nowadays don’t get burned at the stake. But tens of thousands of people — mostly women — did get killed in Europe for the “crime” of Witchcraft. Even if these people weren’t Witches, the fact remains: they were brutally murdered for religious reasons. Well — so was Jesus. Modern day Wicca looks to the victims of the Witch burnings as heroes of the Goddess faith, just like Christians see in Jesus their own spiritual hero. Jesus, meanwhile, was the kind of man who would rather side against the killers and the executioners. Given the fact that, throughout history, far more Christians have killed Witches than vice versa, it’s easy to see Jesus embracing the Goddess, working to heal her children, and calling those who bear his name to repent of their violence.

About the author: Carl McColman is an independent spiritual writer. His books include Embracing Jesus and the Goddess, The Aspiring Mystic, The Well-Read Witch, and Spirituality. He lives in Stone Mountain, GA. If Jesus Were Here Today, He Would Love the Goddess