The Wiccan Way ~ The Principles of Wicca

Home The Wiccan Way ~ The Principles of Wicca 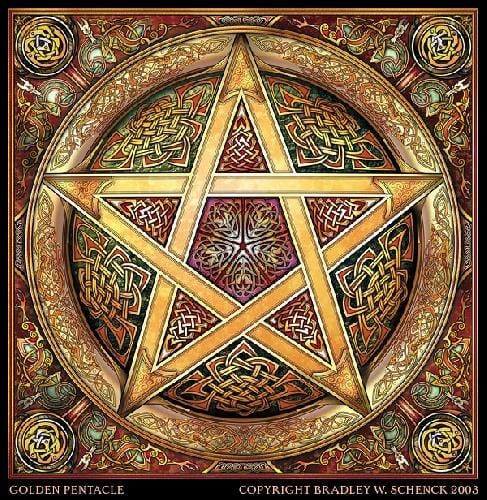 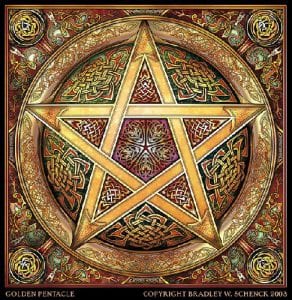 There’s an old saying that if you ask any ten Wiccans about their religion, you’ll get at least fifteen different answers. That’s not far from the truth, because with nearly half a million Americans practicing Wicca today, there are dozens — perhaps even hundreds — of different Wiccan groups out there. There is no one governing body over Wicca, nor is there a “Bible” that lays down a universal set of guidelines. While specifics vary from one tradition to the next, there are actually a few ideals and beliefs common to nearly all modern Wiccan groups.

Wicca as a religion was introduced by Gerald Gardner in the 1950s. Gardner’s tradition was oathbound, initiatory, and secret. However, after a few years splinter groups began forming, and new traditions were formed. Today, many Wiccan groups owe their basic foundation to the principles laid out by Gardner. Wicca is not an ancient religion, but Gardner did incorporate some old esoteric knoweldge into his original tradition, including Eastern mysticism, Kabballah, and British legend.

Who Is a Wiccan, and How Do You Find Them?:

Wiccans come from all walks of life. They are doctors and nurses, teachers and soccer moms, writers and firefighters, waitresses and computer programmers. In other words, anyone can be Wiccan, and people become Wiccan for many reasons. In fact, there are nearly half a million Wiccans in the United States today. As to where to find them, that might take a bit of digging — as a mystery religion that doesn’t proselytize or actively recruit, it can sometimes be difficult to find a group in your area. Never fear, though — the Wiccans are out there, and if you ask around enough, you’ll bump into one eventually.

Calling Upon the Divine:

Wicca acknowledges the polarity of the Divine, which means that both the male and female deities are often honored. A Wiccan may honor simply a non-specific god and goddess, or they may choose to worship specific deities of their tradition, whether it be Isis and Osiris, Cerridwen and Herne, or Apollo and Athena. In Gardnerian Wicca, the true names of the gods are revealed only to initiated members, and are kept secret from anyone outside the tradition.

In most Wiccan covens, there is some form of initiation and a degree system. Initiation is a symbolic rebirth, in which the initiant dedicates themselves to the gods of their tradition. Typically, only an individual who has attained the rank of Third Degree dedicant may act as a High Priest or High Priestess. Study is required before an individual may advance to the next degree level, and often this is the traditional “year and a day” period.

Someone who is not a member of a coven or formal group may choose to perform a self-dedication ritual to pledge themselves to the gods of their path.

The belief in and use of magic and spellwork is nearly universal within Wicca. This is because for most Wiccans, there’s nothing supernatural about magic at all — it’s the harnessing and redirection of natural energy to effect change in the world around us. In Wicca, magic is simply another skill set or tool. Most Wiccans do use specific tools in spellcrafting, such as an athame, wand, herbs, crystals, and candles. Magical workings are often performed within a sacred circle. The use of magic is not limited only to the priesthood — anyone can craft and perform a spell with a little bit of practice.

The Spirit World is Out There:

Because the concept of an afterlife of some sort is typical in most branches of Wicca, there is a general willingness to accept interaction with the spirit world. Seances and contact with the unknown are not uncommon among Wiccans, although not all Wiccans actively seek communication with the dead. Divination such as tarot, runes, and astrology are often used as well.

Wicca does not embrace the concepts of sin, heaven or hell, the evils of sex or nudity, confession, Satanism, animal sacrifice, or the inferiority of women. Wicca is not a fashion statement, and you do not have to dress a certain way to be a “real Wiccan.”

While not exclusive to every single tradition, the following are some of the core tenets found in most Wiccan systems:

– That there is above all the Goddess in her threefold aspect ( Maiden, Mother and Crone) and many are her names.

– That there is the God. Consort and son, giver of strength and most willing to sacrifice.

– That and it harm none, do what you will, this be the law.

– That each of her children are bound by the Threefold Law and whatever we create, be it joy or sorrow, laughter or pain, is brought back to us threefold.

– That as She is our Mother and we are her children, we seek to live in harmony not only with each other, but with the Earth that is our womb and home.

– That death is not an ending of existance but a step in the ongoing process of life.

– That there is no sacrifice of blood, for She is the Mother of all living, and from Her all things proceed and unto her all things return.

– That each and every one of the children who follow this path has no need of another between themselves and the Goddess, but may find Her within themselves.

– That there shall not by intent be a desecration of another’s symbols or beliefs, for we are all seeking harmony within the one.

– That each person’s faith is private unto their selves, and another’s belief is not to be set out and made public.

– That the Wiccan Way is not to seek converts, but that the way be made open to those, who for reasons of their own, seek and find the Craft.

And as it is willed, so mote it be!

A.) We practice rites to attune ourselves with the natural rythm of life forces marked by the phases of the Moon and the seasonal quarters and cross-quarters.

B.) We recognize that our intellegence gives us the unique responsibility toward our enviroment and each other. We seek to live in harmony with Nature, in ecological balance offering fulfillment to life and consciousness within an evolutionary concept.

C.) We acknowledge a depth of power far greater than is apparent to the average person. Be cause it is far graeter than the ordinary, it is sometimes called “supernatural” but we see it as laying within that which is naturally potentialto all.

D.) We belive int he Creative Power in the Universe as manifesting through polarity….as masculine and feminine…and this creative Power lives in all people and the functions through the interaction of the masculine and feminine. We value neither one abve the other, knowing each to be supportive of the other. We value sexuality as pleasure; the symbol of the embodiment of life, and as one of the sources of the energies used in magickal practice and religious worship. Ones sexuality should not be used for coercion to gain power, fame, or friends.

E.) We do not recognize any authoritirian hierachy but do honor those who share their knowledge and wisdom, and acknowledge those who actually courageously give of themselves in leadership for the “craft” not one out to impress others, gain followers, or fakes.

F.) We acknowledge that it is the affirmation and fulfillment of life, in a continuation of evolution and development of consciosness (some in this community don’t have and don’t even try but like to take credit in thinks unworked for themselves.) That gives meaning to the Universe we know, and to our personal role within it.

G.) We see religion, magick, and wisdom-in-living as be united in the way one views the world and lives within it- a world view and philosophy of life, which we identify as Witchcraft and the Wiccan Way

H.) Calling oneself “Witch” does not make a witch! But neither does heredity itself, or collecting of titles degrees, initiations and nest/group co-ordinators. A witch seeks to control the forses within themselves that make life possible in order to live wisely and well. Without harm to others andin harmony with nature. Our only animosity towards Christianity , or towards any other philosophy of life, is to the extent that its institutions have claimed to be “the only true way” and have sought to deny freedom to others and to supress other ways of religious practices and beliefs.

I.) As American Witches, we are not threaten by debates on the history of our Craft, origin of various terms, the legitimacy of various aspects of different traditions. We are concerned about our ppresent and future. We in the Wiccan community must police ourselves from those who exploit it from within and who only follow the Rede when it is convenient.

J.) We do not except the concept of “absolute evil”, nor do we worship any entity known as “Satan” or the “Devil” as defined by Christian tradition. We do not seek power throught the suffering of others, nor do we make those suffer by race, apperance,how their income is made, or sexual orientation.

K.) We work within Nature for that which is contributory to our health and well being.

L.) We acknowledge that reading one book or others does not make one an expert, only time/ age / experience can do that. So take notes when studying.