Ten Factoids You Need to Know About Paganism and Wicca

Home Ten Factoids You Need to Know About Paganism and Wicca 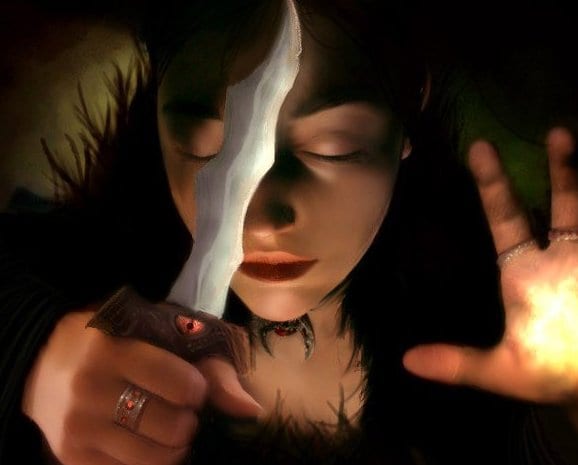 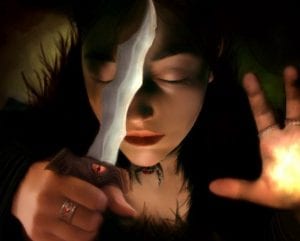 There’s a lot of information out there on Wicca and Paganism, in books, on the Internet, and through local groups. But how much of it is accurate? How do you learn to separate the wheat from the chaff? The fact is, there are several basic things you should understand about Wicca and Paganism before you make the decision to join a new spiritual path. Let’s eliminate some of the misconceptions and talk about actual facts… it will make your spiritual journey all the more valuable if you understand these issues from the beginning.

1. Yes, Even Wicca Has Rules
Sure, a lot of people think that just because there’s no Grand High Wiccan and Pagan Council that there must be all kinds of magical carnage going on. Truth is, there are some fairly standard guidelines followed by a number of different Pagan traditions. While they vary from one group to the next, it’s a good idea to familiarize yourself with some of the concepts. Learn more about the rules of magic before you continue your studies.

2. Not All Witches are Pagans are Wiccans
There are dozens of Pagan traditions, and as many different versions of Wicca. Not all are the same, and just because someone is a witch or Pagan doesn’t necessarily mean they practice Wicca. Learn about the differences in paths found among the umbrella term “Paganism.”

3. Wicca is a Religion, Not a Fashion Statement
Contrary to what many popular movies might have you believe, you don’t have to be a teenage goth princess to be Wiccan. In fact, you don’t “have to be” anything at all. Wiccans come from all walks of life — they are parents and teens, lawyers, nurses, firefighters, waitresses, teachers and writers. Pagans come from all different walks of life, all socio-economic groups, and all sorts of racial backgrounds. There’s no Pagan Dress Code that says you have to toss away your polo shirt or khakis in favor of capes and an all-black wardrobe. On the other hand, if you prefer the goth look, go for it… just remember that goth and Wiccan are not synonymous.

4. Religious Freedom Applies to Wiccans and Pagans Too
Believe it or not, as a Wiccan or Pagan you have the same rights as people of any other religion. Despite the fact that some members of other faiths might disapprove of the existence of Wicca and Paganism, the fact is that if you live in the United States, you’re entitled to protection just like anyone else. It’s against the law for anyone to discriminate against you because you practice an earth-based faith. Learn about your rights as a Pagan or Wiccan parent, as an employee, and even as a member of the United States military.

5. It’s Okay to Be Out of the Broom Closet… or Not
Countless numbers of Pagans and Wiccans have made the choice to “come out of the broom closet”… in other words, they’ve stopped hiding their spiritual path from others. For many people, this is a huge decision. You may feel that it’s not in your best interest to make your religious beliefs known, and that’s okay too. If you feel you could be in danger if you reveal that you are Wiccan, or that it might put a strain on family relations, going public might be something you should postpone. Get all the pros and cons on coming out of the broom closet.

6. Wiccans and Pagans Are Not Satanists
Ask any Pagan or Wiccan about the cornerstone of their faith, and they’ll probably tell you it’s a reverence for their ancestors, a belief in the sacredness of nature, a willingness to embrace the Divine within ourselves, or an acceptance of polarity between the male and female. It may be a combination of those principles. It will not have anything to do with the Satan, Old Scratch, Beelzebub, or any of the other names attributed to the Christian devil. Pagans and Wiccans aren’t devil worshippers, Satanists, or Diabolists. Learn more about how Pagans and Wiccans feel about such an entity.

7. Join a Coven, or Practice Solitary?
Many Wiccans and Pagans choose to join a coven or study group because it allows them the chance to learn from like-minded people. It’s an opportunity to share ideas and get new perspectives on any number of things. However, for some folks it’s just more practical or desirable to remain as a solitary practitioner. If you’re considering joining a coven, you’ll want to read these tips.

8. Parents and Teens
Nothing will set a teenager at odds with a parent quite like coming into the house wearing a giant pentacle, toting a candle, and yelling, “I’m a witch now, leave me alone!” Fortunately, it doesn’t have to be that way. Parents, you may have some concerns about Wicca and Paganism… and teens, you probably aren’t sure how to talk to mom and dad about your newfound interest. Rest easy, though. With a little bit of good communication, both parents and teenagers should be able to find a happy medium.

9. You Don’t Need a Lot of Fancy Tools
Many people think they need to stock up on hundreds of dollars worth of incense, herbs, wands and candles before they can even begin to practice Wicca or Paganism. That’s simply not the case. While a few basic magical tools are nice to have, the key element of most traditions are the beliefs, not the tangible, physical items. If you’d like to gather a very basic “starter kit” of tools, there are several which are common to nearly every tradition.

10. You Can Write Your Own Spells and Rituals
Despite a commonly held (and generally Internet-based) belief, anyone can write a spell. The trick is to recognize what the key elements are to successful spellcrafting — intent or goal, components, and putting it into practice are all key. Don’t let anyone tell you that beginners can’t write a spell. Just like any other skill set, it will take some practice, but with a little work you can become a perfectly effective spellworker.