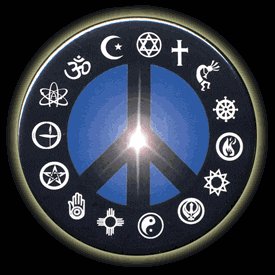 There is no point at which spiritualism can be said to have begun. In prehistoric times, people were motivated to seek out unseen and unknown entities that controlled things. This is in keeping with the Spiritualist doctrine, which maintains that a spiritual order of beings — including souls — might be every bit as real as bodies that make up the material world.

Hence, a Spiritualist could attribute sun or rain to a sun god or rain god, which he worshipped because the sun and the rain were essential to well-being. Other gods were instituted to suit the needs of the people, who had no direct control over events. If things went wrong, the people felt they had displeased the gods somehow. One way of dealing with that was to make offerings and sacrifices.

Spiritualism is a philosophy characteristic of any system of thought that affirms the existence of immaterial reality imperceptible to the senses. This leads some to conclude that there is something going on out there. But what?

Spiritualists believe there are other planes of existence. For example, the next higher plane is similar to this earthly one but operates at a higher rate of vibration and luminosity. One method of service in spirit is to communicate and help illuminate those who are living on the earthly plane.

Mediums in the spirit and physical worlds adjust their vibrations to enable communication between the two planes to take place. Life moves in a gradual state of evolution, culminating in the arrival in the spiritual realm. Like Spiritism, Spiritualism believes the understanding gleaned on the earthly plane continues to the next level; what are left behind are the pains, struggles, and frustrations of the material world. Life is about continuous growth, and consciousness never dies because it is part of God and the infinite.

How does a person become a Spiritualist?
You could start with a book: Teachings and Illustration as They Emanate from the Spirit World by Mary T. Longley. Or you could write to the National Spiritualist Association of Churches in Lily Dale, New York. The association has been in existence since 1893.

True Spiritualists believe in the core philosophy that each human is a soul clothed in a material body through which mental and spiritual faculties function, and that it is within this material body that the spiritual or etheric body resides.

The Spiritualists Declaration of Principles is published not as a binding creed but as a consensus on the fundamental teachings of Spiritualism by Spiritualists. In part, it says:

A medium is a person whose body is acutely sensitive to vibrations from the spirit world. Because of that sensitivity, the medium is able to participate in prophecy, clairvoyance, clairaudience, laying on of hands, visions, revelations, healing, and a host of other esoteric actions.