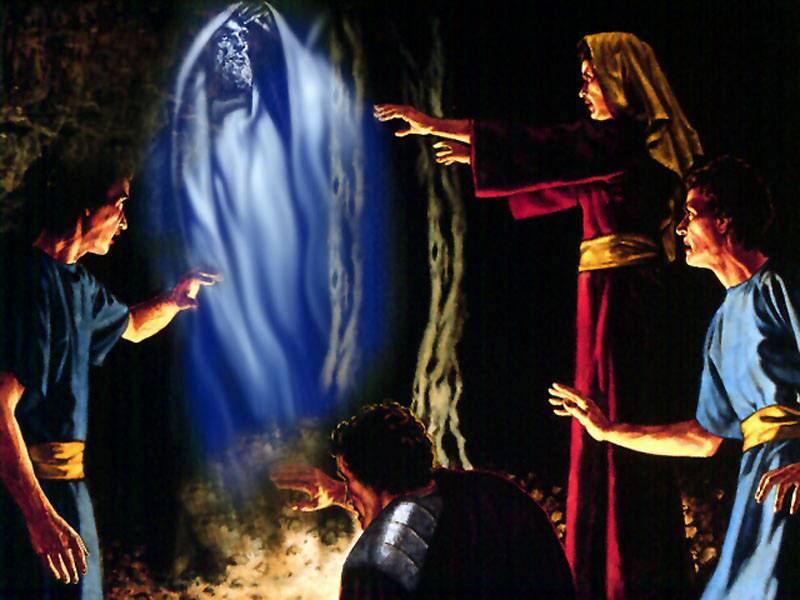 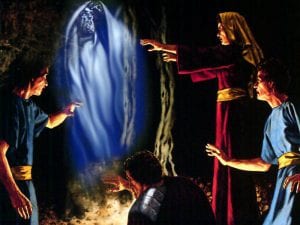 Spiritism should not be confused with spiritualism. Spiritism is a modern and mainly Christian belief centering on the communication with spirits of the dead. The dead retain their personalities and are accessible through a “medium,” a person trained to channel communications between the earthly world and a world of spirits. Spiritualism is a doctrine of belief in a spiritual order of beings as real as the material world and a belief that the soul is a spiritual substance.

Judging by scripture, some form of Spiritism goes far back in history. In spite of the assertions of traditionally religious people that the Bible strictly forbade attempts to communicate with the dead through spirit mediums, there is a very clear indication in the Bible that such an attitude was not universal.

For instance, 1 Samuel 28: 7–19 reads, in part: “Then said Saul unto his servants. ‘Seek me a woman that hath a familiar spirit, that I may go to her, and inquire of her.’ Saul puts on a disguise and goes to the woman. He says to her: ‘I pray thee, divine unto me by the familiar spirit, and bring me him up, whom I shall name unto thee.’” (He was seeking out Samuel.)

The woman prevaricates and points out that those with familiars and wizards have been punished. Saul assures her she won’t suffer. The woman obeys, and Samuel appears to Saul, whereupon they have a conversation in which Saul asks Samuel’s advice.

Many religions indulge in one form or another of Spiritism, including Yoruba, Native North Americans, and sects in Haiti. Other religions, while adhering to their traditional beliefs and practices, also dabble in Spiritism. It is estimated that there are at least 20 million people who are Spiritists.

Modern Spiritism is said to have begun in the home of the Fox family in Hydesville, New York, in 1848. The Fox sisters, quite by accident, discovered their mediumistic powers when they heard strange knocking noises and pieces of furniture moved as if by invisible hands. Eventually, whoever was doing the knocking and moving the furniture about began to answer questions. The story spread and attracted widespread interest, since to some it provided tangible evidence of an afterlife.

Other disturbances of the same kind were reported in the house of a Presbyterian minister, the Rev. Dr. Phelps. None of these happenings could be objectively confirmed, but that did not lessen the public’s enthusiasm. The claims of such stories remain controversial, though Spiritism survives as a minor religious movement in many Western countries. In fact, it bears similarities to spirit possession in many non-Christian religions.

There is no ministry within the belief of Spiritists; neither are there vestments, altars, banners, candles, processions, talismans, amulets, or sacraments. Those who profess to be serious Spiritists believe that God is the supreme intelligence and the primary cause of all things. The universe is God’s creation and encompasses all beings. Beyond the physical world is a spiritual world, which is the habitation of incarnate spirits. All the laws of nature are divine moral laws and man is an incarnate spirit in the material body.

Probably the most important and most used Spiritist practice is trying to get in touch with those who have died. Communication with the spirit world manifests itself in various psychical ways: telepathy, clairvoyance, and trance speaking. Physical phenomena include levitation, automatic writing, poltergeists, and the mysterious substance called ectoplasm. There is also the practice of reading auras, a sort of invisible dressing around your body that can be seen only by a person versed in reading auras.

According to Spiritism, the relationship of spirits and man is constant and has always existed. The good spirits lead you toward goodness and aid you in your troubles. While humans have free will, they must take responsibility for their own actions.