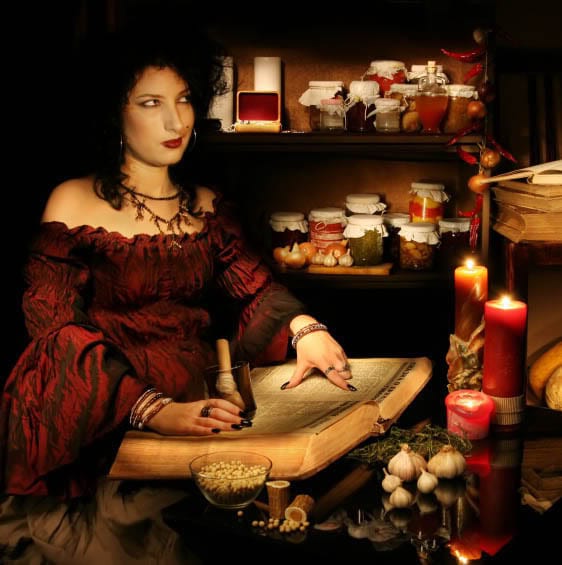 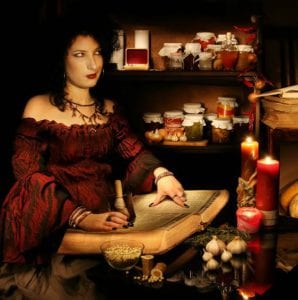 The Sorcerer is characterized by an inherent need to explore the deepest, darkest parts of his or her self. Few are willing to do so, and even fewer can readily accept what they find when delving into the hidden regions of their own psyche. The Sorcerer, however, finds the pain and effort to be well worth it. The realization of one’s primal desires, obscure passions, and emotionality brings great power, and raw power is what a sorcerer strives for. As such, most Sorcerers adopt an aggressive stance in their magical works. They tend to ignore whether or not they use their power for “good” or “evil, and often dismiss such concepts from their lives altogether.

Though most of the Sorcerer’s lesser abilities are shared by many castes, there are some powers accessible only to those who walk the path of Sorcery. The first of these unique abilities is known as glamour. Glamour, a form of advanced mind magic, grants its wielder immense powers of persuasion. As a result of exploring the darkest regions of one’s own mentality, the emotions and desires of others become apparent to the observant Sorcerer. With a little ingenuity, one can learn to bend those emotions and desires to his or her will. This is the basic underlying principle behind glamour. Through glamour, a Sorcerer becomes the pinnacle of persuasive ability, able to cause desires and emotions in others. For example, a Sorcerer speaking in front of a crowd may use glamour to help illustrate a point and win the group over to his view. This Sorcerer says the word “fear” and at the same time his entire audience becomes afraid. Though this aspect of glamour is powerful and useful in its own right, when coupled with its other element, glamour becomes a truly awesome force.

It is common knowledge that each person’s point of view is colored by his or her desires. The Sorcerer makes good use of this knowledge to create illusory changes in reality. Using glamour, one can effect changes in one’s appearance or create illusory objects or creatures. This is a difficult ability to master, for each person’s desires effect them in their own way, but the Sorcerer is up to the challenge. The potential uses for this power are innumerable. Glamour is a force to be reckoned with, but not one to be used unwisely.

Various myths, legends, and stories speak of sane and goodly individuals who somehow come in contact with their shadow-selves, beings with no regard for others who are obsessed with getting that which they desire most. Notable examples include the story of Dr. Jekyll and Mr. Hyde, the evil twin mythos, and tales of opposite realities accessed through mirrors. These ideas have a common root in the Sorcerer’s ability to create Shades. A Shade, also referred to as a shadow-double, is an external projection of the Sorcerer’s primal desires that has been imbued with aspects of its creator’s mentality. Shades are semi-intelligent constructs that have only one purpose: obtain what it (and therefore its creator Sorcerer’s) desires most through any means necessary. Shadow-doubles can be directly controlled by their creators, or they can be set off on their own, and allowed to use their own limited intelligences to fulfill their goals. Either way, a Sorcerer rarely creates more than one Shade at a time, because maintaining even one shadow double for a long period of time can be taxing. This is no hindrance, though, for even a single Shade is an enormous asset to any Sorcerer.

As stated above, the Sorcerer’s power stems from hidden passions, primal desires, and emotional obsession. The ability to truly know and harness one’s raw emotionality and desires, though a useful tool in its own right for increasing the potency of spells and for the creation of Shades, opens the gateway to an entirely new level of power. That level is Twilight. Called “the waking dream” by some, Twilight is a dark wonderland at the edge of consciousness where the real and the unreal collide to form a world of unparalleled, if twisted, beauty. This realm of the mind is characterized by its extreme distortive properties, roiling energies, and occurrences bizarre enough to shock even the calmest, most accepting individuals. The manipulation of reality from this abstract level is perhaps the mightiest of the Sorcerer’s abilities.

The Twilight has many uses, the first of which is fairly similar to remote viewing. It is possible to look back upon the material world from the waking dream, though one may not like what they find. A Sorcerer’s view of the material through Twilight is warped and often disturbing. The perpetual distortion of Twilight causes the world itself, the very fabric of reality, to appear to ripple and twist. Phantasmagorical experiences such as the melting and reformation of seemingly solid objects before one’s eyes are commonplace. A majestic city can seem a crumbling ghost of its former self, and blood or flame (or both) may fall from the clouds during a storm. Virtually nothing appears in Twilight as it does in the material, not even the Sorcerer’s loved ones. In fact, people, when seen in the waking dream, often take on a form that expresses their deepest wishes and most hidden secrets. Many are wary to look in on those they care for, for that reason alone.

When the sorcerer is not focused on viewing the material plane, Twilight often appears even more chaotic and unreal. It is an unforgiving environment, and as such, must be explored with caution. Once in a while, one may come across another being while navigating the realm. Though by no means common, the entities that reside in Twilight can be a great asset to the Sorcerer. They are self-contained intelligences and have an intimate knowledge of the interpretation and use of their phantasmal realm. The familiarity and ease with which these creatures can navigate and manipulate the waking dream is truly frightening, yet the Sorcerer works among them with reverence and wisdom. It is unknown how long precisely how long they have existed, and it can not be determined precisely how they came into being, but the fact remains that they exist and are greatly resourceful within their native environment. As in all dealings with otherworldly entities, caution is a necessity, but the benefits of association with these beings can far outweigh the potential consequences.

It is not without good reason that Twilight is otherwise known as the waking dream. Being the border between the real and the unreal, it is a direct link between the mind of the Sorcerer and reality as we know it. This is the final, and most powerful, use of Twilight. The waking dream is affected by the desires and emotions of the Sorcerer, and reality is, in turn, affected by the changes to the waking dream. Creating change from this level is difficult due to the volatile nature of Twilight itself, but with practice, experimentation, and wisdom one learns to anticipate for this distortion. The creation of a dark and blighted landscape filled with decay and death may manifest in the material as a spell to cause despair. With time, a Sorcerer may even learn to turn the distortive nature of Twilight to his advantage. Sorcerers may draw upon the power of the ethers of Twilight to enhance spells that they are already able to perform. Minor Necromantic functions, for example, may be given unique properties when cast from the waking dream. Restraint must be exercised in this practice, for even a slight mishap can produce disastrous results. Nothing short of intense study and cautious experimentation will make this use of Twilight worthwhile.

The unique art known as Sorcery is one which knows no bounds and has no limits, except those which are allowed by the user.