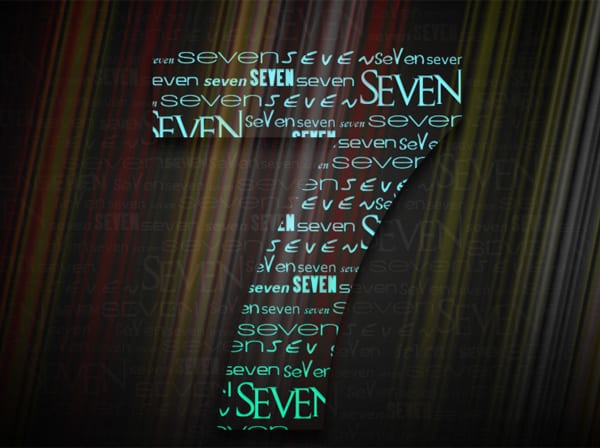 There were seven planets in ancient astronomy, the world was created in seven days, each of the four phases of the moon lasts for seven days, seven notes on the musical scale, seven colours in the rainbow, seven is the number of wisdom, truth and harmony.

From around the sixteenth century onwards, children born into a seventh position in their family were thought to have the power to heal by touch. However, some people viewed the seventh child of the seventh child as being cursed.