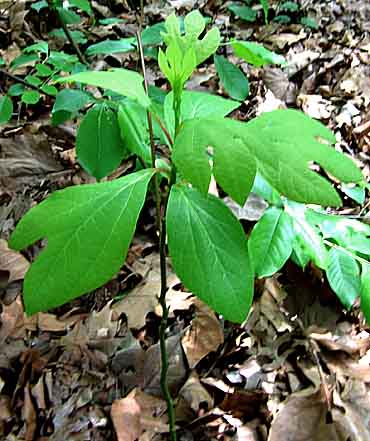 Placed in wallet or purse to attract money and make the money you have go farther.

Used as a prosperity incense.

Added to sachets for healing.

A tea made from the root bark is particularly renowned as a spring tonic and blood purifier as well as a household cure for a wide range of ailments such as gastrointestinal complaints, colds, kidney ailments, rheumatism and skin eruptions.

The mucilaginous pith from the twigs has been used as a poultice or wash for eye ailments and is also taken internally as a tea for chest, liver and kidney complaints.

An essential oil from the root bark is used as an antiseptic in dentistry and also as an anodyne.

The oil contains safrole, which is said to have carcinogenic activity and has been banned from use in American foods – though it is less likely to cause cancer than alcohol.

The oil has been applied externally to control lice and treat insect bites, though it can cause skin irritation.