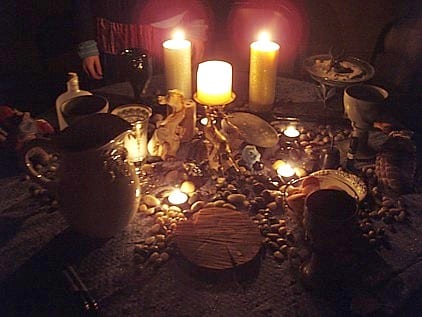 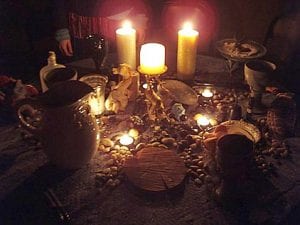 Also called high or ceremonial magic, ritual magic evolved out of the teachings of early mystery schools in various parts of the world. The Hermetic Order of the Golden Dawn, an organization that formed in the latter part of the nineteenth century as a secret society, has greatly influenced this type of magic and its practice today. The group’s philosophy is founded on the Hebrew Qabalah and the doctrines of Hermes Trismegistus, and draws upon the belief systems of the Freemasons, Rosicrucians, Gnostics, and others.

More formalized and intellectualized than Wicca and other pagan spiritual paths, ritual magic involves study of the Qabalah, astrology, alchemy, tarot, and many other subjects. It emphasizes the use of ritual and ceremony, along with mental training, to facilitate spiritual enlightenment, healing, extrasensory powers, and understanding of the cosmic order. Carl Weschcke, president of the publishing company Llewellyn Worldwide, has called this field of magic “spiritual technology.”

The Importance of Ritual and Ceremony

Both religious and secular ceremonies include rituals in their observances. Rituals focus the mind and remove the practitioner from the everyday world into a magical one — that’s the main reason for enacting them. Rituals rely on symbolic associations that the magician’s senses and subconscious mind intuitively understand. Gestures, diagrams, postures, words, images, sounds, scents, and colors all play symbolic roles in magic rituals and ceremonies.

Ritual magic often involves elaborate and carefully orchestrated practices that are designed for various purposes. Purification rituals, for instance, cleanse the mind, body, and energy field. Protection rituals, such as the Lesser Banishing Ritual of the Pentagram, define sacred space and prevent unwanted influences from interfering. Rituals of evocation invite otherworldly entities to assist you or might bring an aspect of yourself into visible manifestation. The rituals themselves are magical acts; however, other facets of magic, such as spell-working or consecrating magical tools, may accompany a formal ritual.

The Qabalah (sometimes spelled Kabbala, Cabala, and other ways) is a body of collected teachings that underlies Judaism mysticism. The Zohar is considered the Qabalah’s central book. The Qabalah includes four sections that cover doctrines, magical practices, orally conveyed wisdom, and techniques for working with words, letters, and numbers.

The Tree of Life as described in the Qabalah plays an important part in ritual magic. It shows the stages of development and pathways to spiritual enlightenment. Usually it’s depicted as a geometric design with ten spheres called sephiroth (which represent emanations of God) connected by twenty-two lines or paths. The diagram symbolizes the descent of God into matter and the ascent of humanity back to the Divine.