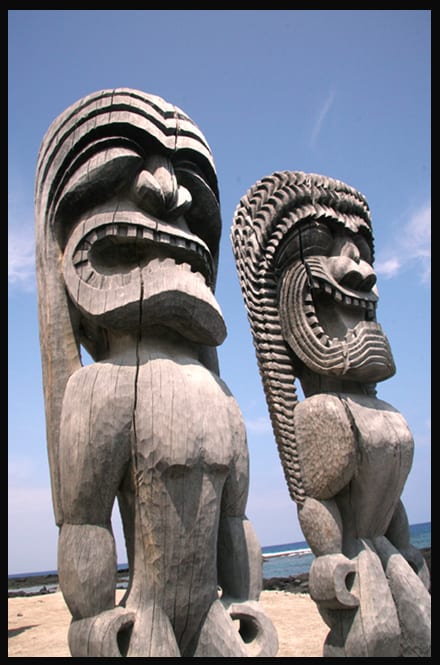 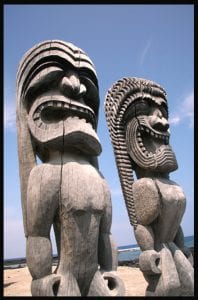 The world of Polynesia is an exotic but complicated place with its many religions and beliefs. The Polynesian myths include a creation myth describing how the cosmos came into being. The cosmos derives from an original emptiness (kore), primal darkness (po), and gradually gave way to sun, moon, and stars. Gods (Atua), Nature, and humankind emerged, each sharing in the creation drama. The uncreated source (numu) is left undescribed or personified as a great creator-god, Tangaroa.

In the nineteenth century, the word mana meant “supernatural force or power.” It was applied to people, spirits, and even inanimate objects. Polynesian chiefs had such great mana that if another person eve

n touched the chief’s shadow, the only way that error could be corrected was by the death of a subject. Everyday life became like a maze through which people had to negotiate to avoid offending mana. It got to the point that almost everything had the mana of a great person or god. When men prepared for battle, they had to go through a ritual of purification that meant eating certain foods, avoiding women, and going away on their own to avoid defilement.

The violation of certain acts such as disturbing the bones of the dead could evoke supernatural punishment. Magic became an important part of society, practiced in ord

er to ward off the vengeance or wrath of mana. This situation gave birth to specialists in magic who were available to offer rituals to protect the people.

Eventually, mana itself was challenged. With the growing belief in Christianity, brought to the islands by missionaries, the meaning of mana was revised to mean the personal attributes of only people in powerful positions, like a clergyman or senior government official. The belief that supernatural aspects of mana were floating around in almost anything was discarded.

Polynesians are a family and group-orientated society, with religion making up an important part of their identity. Like the Maoris, the Polynesians are, in the main, Christians and follow the teachings of the Bible.