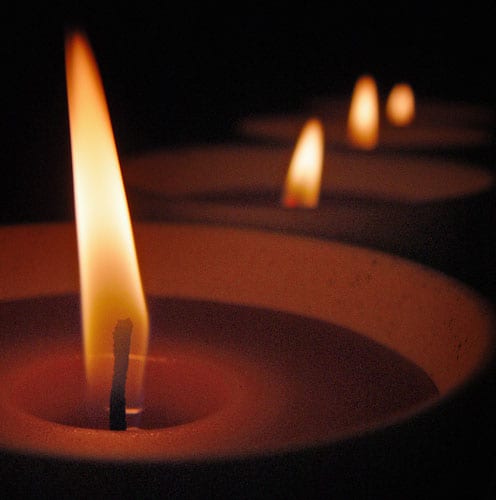 Not common to all Pagans, this is very popular with Wiccans and various Celtic sects. Brigid is the Celtic goddess of fire and inspiration (Poetry, smithcraft and healing) as well as yet another representation of the Fertility of Femininity and Love.  Brigid had such a strong following among the Celtics that the Christian church decided it was easier to assimilate her into their own system, and so there came about the making of Saint Brigit and all the stories they created about her so that her followers would leave their old beliefs enough so they would not side with the Druids, who were known at that time as ‘the snakes’ because of their tendency to have tamed snakes that were used to help produce various healing mixtures via their venom, and who were violently opposing the  Catholic church.

In History, of course, the druids lost against the overwhelming odds presented by the church, led by a man who would then be himself sainted by the church, their Saint Patrick (who was no clergyman but a warrior). Thus Christian rule of various sorts came into Ireland. Handcrafts are often sacrificed to Brigid or dedicated to her as they are started on this day.

Its celebration is done with many candles and as usual much feasting.  The Christians also took, moved slightly and used this date by creating St. Valentine and using the day for one of chaste love reflections.  Imbolc marks the recovery of the Goddess after birth of the God. The warmth of the power of the God fertilizes the Earth and so the earliest beginnings of spring occur. This is a sabbat of purification, a festival of light and fertility. Tis also a traditional time for initiations into covens and self-dedication rituals.

Also known as: Feast of Pan, Feast of Torches, Oimelc.

Brighid’s Cross, for protection and for rituals of cleansing and purification

This time is known by some as the “Feast of the Waxing Light” it is the time of year that we are beginning to notice the Sun Gods growth in that the days are becoming longer. This, like May Day/Beltane, is another pagan holiday which has survived into the current time, now it is celebrated as Ground Hog Day.

ANGELICA–is best in the ritual cup. In this manner is considered to bring one in contact with the inhabitants of Atlantis and to bring Atlantean energies into their lives, visions and understanding.

BASIL–this is the traditional time of year for initiations and the initiate should have been taking daily tonics of basil for at least the last two weeks. It is given now to prepare the innerself for initiation to bring fortitude.

BAY–if the ritual is to be a solemn occasion then it is appropriate to chew one or two (no more than that!) Leaves and meditate upon the growing light and Sun God.

BENZOIN–is used in the incense.

CELANDINE--is used in the ritual cup and tossed into the fire.

MYRRH–is used in the ritual cup and/or incense.