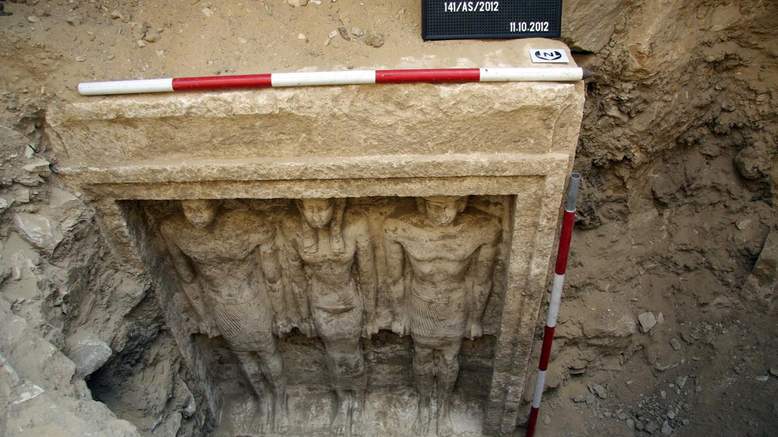 This Thursday,Oct. 11, 2012 photo released Friday, Nov. 2, 2012 by Egypt’s Supreme Council of Antiquities, shows recently discovered statues of two men and a woman in a complex of tombs, including one of a pharaonic princess, in the Abusir region, south of Cairo, Egypt. Egyptian Minister of Antiquities, Mohammed Ibrahim said Czech archaeologists have unearthed the tomb of Shert Nebti’s, a pharaonic princess, daughter of King Men Salbo, dating from the fifth dynasty (around 2500 BC) along with four other tombs of “high ranking officials.” (AP Photo/Egypt’s Supreme Council Of Antiquities)