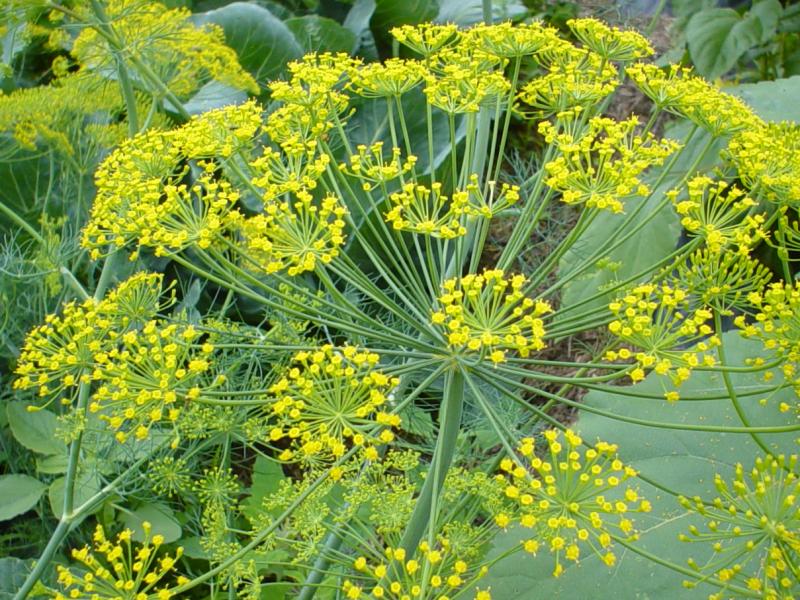 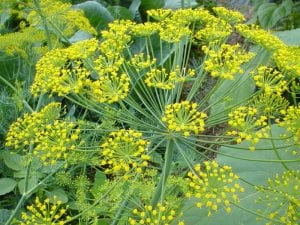 May also be hung in childrens rooms to protect them from evil spirits and protect against bad dreams.

Dill is such a familiar and unique taste that one whiff of freshly picked dill makes your mouth water. Like cilantro, both the leaves weed (dill weed) and seeds can be used for seasoning, and both have the same medicinal properties. Dill is carminative, it eases gas pains, bloating and settles the stomach. Formulas for classic gripe water include seeds of dill, caraway and anise, as well as baking soda and a small amount of alcohol. Nursing moms may want to drink dill tea to increase breast milk, and those women who have a late or scanty period can drink a cup or two to bring on a period.
Dill essential oil is very similar to caraway oil, both consist mainly of limonene and carvone. Dill oil is extracted from the leaves, stems and seeds of the plant and has a clear, spicy, dill scent. A few drops of dill oil in water, gripe…

Dill is a unique plant in that both its leaves (dill weed) and seeds are used as a seasoning. Use the fresh, feather-like leaves to season eggs, fish, dressings, sauces and salads. Flowerheads are used for pickling, often used for dill pickles. Just smelling the plant can make your mouth water!

Dill Side Effects: Pregnant women can eat those dill pickles they crave in moderate amounts, but should not use dill in highly concentrated, or medicinal doses – it contains a compound, apiole, that is a powerful emmenagogue.

Use fresh dill weed for seasoning whenever you have it on hand the flavor is much more nuanced than when dried. Dill seeds are used as a cooking spice,in dill teas, and of course dill pickles. Dill vinegar is made by soaking the seeds in vinegar for a few days. Use 2 teaspoons of bruised seeds per cup of water to make dill tea to soothe an upset stomach.