David Hume: Matters of Fact and Relations of Ideas

Home David Hume: Matters of Fact and Relations of Ideas 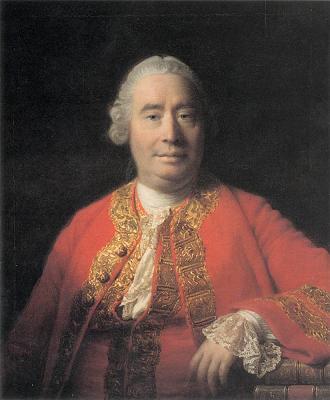 David Hume (1711–1776) was a Scottish philosopher noted for his empiricism and skepticism. According to Hume, all knowledge begins with your experiences and your experiences begin with various “sense impressions” you have of the world around you. Given such a starting point, it is hard to see how you might derive a proof of God’s existence. And Hume, a noted agnostic, says exactly this.

Hume allowed that there were just two kinds of reliable human reasoning. He divides all knowledge into “matters of fact” and “relations of ideas.” This has been called Hume’s Fork. According to Hume, if some object of reason is neither a matter of fact nor a relation of ideas, it cannot count as knowledge at all. In the Treatise on Human Nature, he attempts to show that:

All the objects of human reason or enquiry may naturally be divided into two kinds, to wit, Relations of Ideas and Matters of Fact. Of the first kind are the sciences of Geometry, Algebra, and Arithmetic; and in short, every affirmation which is either intuitively or demonstratively certain …. Propositions of this kind are discoverable by the mere operation of thought, without dependence on what is anywhere existent in the universe.

Matters of Fact, which are the second object of human reason, are not ascertained in the same manner; nor is our evidence of their truth, however great, of a like nature with the foregoing. The contrary of every mater of fact is still possible; because it can never imply a contradiction …. That the sun will not rise tomorrow is no less intelligible a proposition and implies no more contradiction that the affirmation that it will rise.

You are never sure of matters of fact. To follow Hume’s example, you can have impressions of the sun rising on seven consecutive days. Further investigation will tell you that it has always risen, since the earth has rotated around it for billions of years. So you may think you are entitled to say, “I know for certain that the sun will rise tomorrow,” but you cannot know this. All that you know — and all that anyone knows — is that it has always risen; you cannot know that it will continue to rise. You only have sense impressions to this point in time, not beyond this point.

As Hume proclaims, “The contrary of every mater of fact is still possible; because it can never imply a contradiction.” It is unlikely that the sun will not rise tomorrow, but its not rising is still a possibility. As opposed to relations of ideas, which are known a priori, you know matters of fact a posteriori or after experience.

Now if, as Hume contends, the only objects of human knowledge are matters of fact and relations of ideas, then many “spiritual” entities thought to be real will have been lopped off by Hume’s logical scalpel. If you have no impression of metaphysical entities like gods, souls, selves, ghosts, angels, substances, and other nonperceptible entities, these things are not objects of knowledge.

Hume’s View of the Arguments

As a consequence of his division of all knowledge into matters of fact and relations of ideas, Hume is a noted skeptic of God’s existence. Hume was inclined to deny the traditional arguments philosophers used to demonstrate the existence of God.

The fifth way is taken from the governance of the world. We see that things that lack knowledge, such as natural bodies, act for an end and this is evident from their acting always, or nearly always, in the same way, to obtain the best result. Hence, it is plain that they achieve their end not fortuitously, but designedly. Now whatever lacks knowledge cannot move towards an end, unless it is directed by some being endowed with knowledge and intelligence; as the arrow is directed by the archer. Therefore, some intelligence being exists by whom all natural things are directed to their end, and this being we call God.

Aquinas’s design argument — or one of its many variants in the history of philosophy — may be the most popular one among believers, but Hume thinks the argument breaks down. For one, the inference from an orderly universe to a maker of the universe “is uncertain, because the subject lies entirely beyond the reach of human experience.” The whole argument from design rests upon the proposition “that the cause or causes of order in the universe probably bear some remote analogy to human intelligence.” But how can we assign a cause to the universe when we have never experienced the cause? The existence of the universe is surely an empirical fact, but we cannot infer from it the existence of God, since we have sense impressions of neither God nor of the alleged act of creation.

Hume’s early essay Of Superstition and Bondage forms much secular thinking about the history of religion. At the time, philosophers had to be circumspect in their critiques of religion. In fact, less than fifteen years before Hume was born, eighteen-year-old college student Thomas Aikenhead was put on trial for saying openly that he thought that Christianity was nonsense. He was later convicted and hanged for blasphemy.

In sum, such metaphysical substances don’t exist on either prong of Hume’s fork. At the end of the Enquiry Concerning Human Understanding, Hume writes:

As logically and fervently as Hume argues, he cannot be considered an atheist, for atheists say without hesitation that there is no God. Hume has not asserted the nonexistence of God; rather, Hume is an agnostic and so argues that we cannot know of the existence or nonexistence of God since we have no impression of him.