Crystals as Amulets and Talismans

Home Crystals as Amulets and Talismans 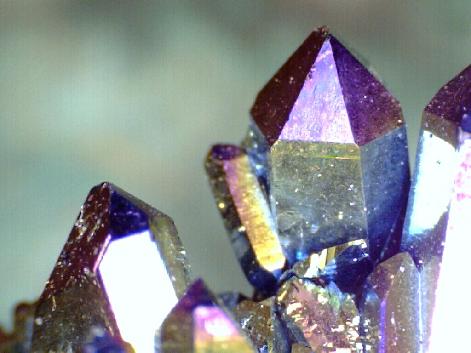 Before continuing, a distinction needs to be made between amulets and talismans. An amulet is used for protection, be it from illness, diseases, specific dangers (such as protection from lightning, while travelling by sea, etc) “evil” (like the evil eye, evil spirits or people) or anything else. A talisman is used to attract desired qualities or situations, such as fertility, wealth, luck, success (in business, litigation, hunting, fishing, etc), strength, etc. A charm is generally an amulet, though the term is often used indiscriminately to describe both amulets and talismans.

One of the oldest uses of crystals, exemplified by the Ancient Egyptians, is making amulets and talismans from crystals: carnelian was a particular favourite, being known as the “blood of Isis”, and seemed to be viewed in the same way as rowan has been as a particularly potent protection from negative witchcraft and sorceries. This protective talisman theme is also seen in ancient myths, such as Prometheus wearing a sapphire ring when he stole the fire from heaven, and Orpheus carrying a piece of agate as a protective talisman when he descended into the underworld,. Protective talismans were considered necessary for any dealings with spirits from the underworld – one Greek manuscript details a heart-shaped amulet of magnetite with the Underworld Goddess Hecate carved on it; reference is made to the amulet being “sweet smelling”, suggesting the use of aromatic oils to anoint the talisman, possibly as part of an offering.

Egyptian amulets were usually small carved crystals of deities (who would protect from a particular ailment or condition) or (afflicted) parts of the body (such as hand, eye, foot, etc). This principle of sympathetic magick can be seen in early Europe through Celtic times right up until recently, with votive offerings (though usually wood, stone or metal) of afflicted body parts being thrown into rivers, lakes and holy wells and springs. Other early cultures contemporary with the Egyptians also used amulets and talismans, so fine examples may be found amongst, e.g., the Sumerians, early Chinese culture, etc, and as time went by, the Greeks and Romans and other cultures continued this useage and maintained the tradition of crystal and mineral amulets and talismans.

Amulets have a long tradition of useage by sea-faring peoples, to provide protection from the fury that could be faced at sea. Many amulets and stones were used for this purpose (especially aquamarine, beryl and coral), and a Greek lapidary from 3-4th century CE details seven amulets to be made for differing forms of protection. The number seven might suggest the amulets were each used for a specific day of the week, though each amulet did provide a specialised form of protection. The amulets were thus:

1. A carbuncle (garnet) and a chalcedony – to protect sailors from drowning.
2. Quartz or corundum – to protect from extreme weather.
3. Aquamarine – to banish fear.
4. Agate – to protect against the evil eye.
5. Coral, placed in strips of sealskin attached to the prow – to protect the ship from winds and waves.
6. Banded agate – to protect from the surging waves of the ocean.
7. Jet – providing major protection for any travelling by river or sea.

The Christian Church decided at an early date to declare its opposition to the use of amulets. At the Council of Laodicea in 355 CE Canon 34 decreed “Priests and clerks must be neither enchanters, mathematicians, nor astrologers, and that they must not make what are called amulets for these are fetters of the soul, and all who wear them shall be cast out of the church”. As the centuries passed this canon was used or ignored as was convenient by those in power in the church, as is witnessed by the talismanic use of gems by the rich and powerful, and indeed the use by the church of differing gems to depict rank and station.

As man entered the Middle Ages, more and more crystal usage became concerned with protection from ailments, particularly the plague. Many stones were thought to protect from plague, the most striking example being the Abraxas Stone. These stones beautifully illustrate the thinking going into the talisman, being engraved on one side with the image of a deity (who is appealed to for assistance/protection) and on the other side with a magickal formula embodying the protective formula – Abracadabra being derived from the Chaldean phrase meaning “to perish like the word”, reduces to an “A” and perishes like the word, so likewise by sympathetic magick any contagion or plague symptoms should also perish.

One of the most common themes found in Middle Eastern charms is protection from snake bites and scorpion stings, a fact of daily life in many countries. Thabit Ibn Qurra (836 – 901 CE) recorded details of an interesting charm to rid a dwelling of scorpions. First an image of a scorpion was made out of either copper, tin, lead, silver or gold whilst Scorpio was in the ascendant in the heavens, and the glyph of Scorpio (Z) and appropriate astrological information engraved on the image. The scorpion charm was then buried under the place afflicted by scorpions, whilst reciting “This is the burial of it and its species, that it may not come to that one and to that place.” It was considered more effective to make four charms and repeat this ritual, burying them at the four corners of the dwelling. This is a lovely example of sympathetic magick, using the image of the creature to be protected against, and the most propitious astrological times, to ensure success in the desired spell.

Protective charms are still in use in some parts of the world today, particularly the Mediterranean and the Middle East. Red coral charms shaped like a crescent moon, representing the protective hand gesture of index and little finger raised are still given to babies and worn through life as a protection against the “evil eye”. Agate eye stones have been used in this manner for many centuries and their use continues still.

Crystals can be found to suit any attribution you may require for a talisman, and are easy to charge and carry indeed simply carrying a crystal and playing with it while you are doing things will help it build up charge and also focus your unconscious mind on the energy of the talisman and help move you accordingly.

Shapes which work particularly well for protection are the sphere and egg. When casting a magick “circle” you are really casting a sphere, representing the universe, with you as the centre of the sphere (and of course we are all the centre of our own universe, so don’t feel this is presumptuous). Having a sphere as your focus can enable you to perceive the balance and uniformity of the sphere and the energies in it, and engender a more protective atmosphere about you. The egg also tends to produce a very protective feeling, corresponding as it also does to the universe (as in many creation myths where the universe is formed from an egg), and to the spirit tatva (tatvas are elemental symbols representing the elements), particularly if the egg is black or purple as the spirit tatva is coloured. Visualising yourself in the centre of the sphere or egg, with the sphere/egg being the centre of the sphere you have created can also produce a “double glazed” effect, increasing the protection around you.

Cut crystals were also used in the past as a badge of rank, though this may well have been due to the crystals being thought to be imbued with magickal properties, as with the lapis lazuli feather of Mayat (representing truth) worn by Egyptian judges set in gold and worn on a heavy gold chain.

Amber is a very good general storer of charge and jet is hard to beat as a protective absorption talisman (though it needs regular cleaning, of course), which may explain the witches’ traditional amber and jet necklace. These were also sometimes interspersed with bones, such as snake spine bones. The reasons for this are not clear, but there are a number of possibilities, such as passing on the enduring qualities of bone, drawing on qualities of the snake such as wisdom, regeneration, etc.

As can be seen from all these examples, crystals have a long history of use to attract qualities or to protect from events, so why not spend a bit more time meditating with one of your crystals, and see what comes up?