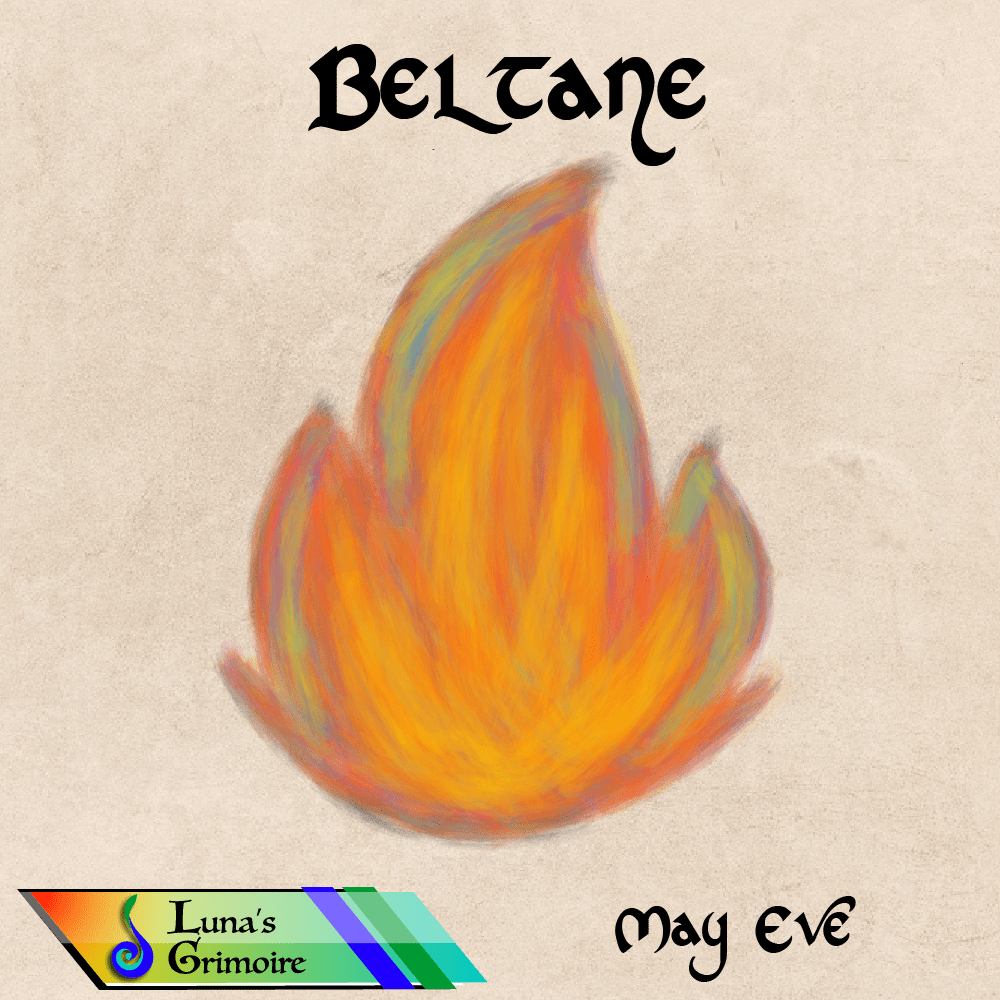 Beltane: Wheel of the Year

Beltane is the most important to all pagans; save for Samhain, the great Fertility rite of life, starting at dusk on the 30th and continuing until the dawn of the 1st.  The union of the God and Goddess to conceive the sun-child to be takes place upon this holiday, no matter which tradition of paganism is involved.

Traditionally, Beltane is a time of marriages and handfastings in the pagan community, and for some it is the point where one chooses to begin and end relationships of a physical nature. Clothing is very optional in most gatherings on this holiday, and it is mostly sensual and colourful; even those sects that are prudish tend to accept the rules of the holiday, as it is the holiday of free love.

The Maypole is a symbol of the union of the God and Goddess to create life; the pole itself a phallic symbol while the dancers and their streamers of flowers represent the fertile womb of the goddess as it takes in the Phallus of the god and takes in his seed.

Besides the Maypole often a bonfire is present, and members of the group are encouraged to jump the flames for luck and their own fertility.

Food, drink and love are the order of the evening. In most sects the celebration of unions of love are enacted.

It is said that a child conceived on this day will grow up to wield great power and knowledge and to be healthier than upon any other.

Beltane is the one holiday most discouraged by the Christians, who didn’t even use it as a point for a holiday of their own because the power and nature of the day involved. However, in some communities, the dance of the Maypole has remained, as does the practice of giving flowers to those you love or care for. 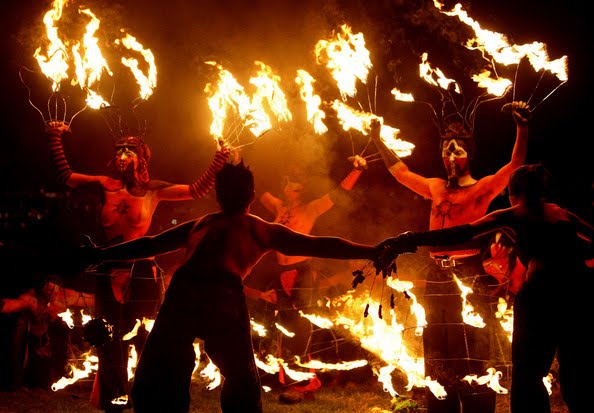 The Beltane fire sends its flames to the sun,
The promise of Summer warmth to come,
The Horned God dances through the green,
Chasing after his Goddess and Queen.
Hawthorn blossoms in radiant white,
And clarity grows in the quickening light,
Now is the time for action and life,
To fertilise plans and banish strife.
Take the leap across the Beltane fire,
And let the energies take you higher.

The Sun has now moved into Taurus, the seeds are now planted in the fields. The trees are again turning lush and green, Earth is beginning to bloom all over. It is the night when the pagan Sun-Prince turns into the Sun-God and makes love with the Goddess for the first time that year. His coming of age and their Union will produce the fruitfulness of the fields and the bounty of the harvest to come.

ALMONDS–if you have an almond tree (you’re very lucky!) Use the flowers to decorate the altar. You may also use some of the ground bark in your incense. Almond has a long history as a Religious herb and if offered as incense in sacrificial rites sacred to Artemis, Hecate and Zeus. It is the source from which Aaron, the high priest of the Hebrews selected his magickal wand. In Greek myth, Phyllis was abandoned by her lover Domophoon and the Gods, unable to bear her grieving over this, transformed her into the Almond. When he came back to her he found only the Almond. It is said that when he feels sufficiently guilty for having left her and he embraces the tree that it then bursts into leaf and bloom. Almond is used to today to capture the essence of love which survives through all strife.

CINQUEFOIL--add some to the ritual cup and/or incense.

FRANKINCENSE–should be the main ingredient in the incense, all other ingredients are secondary to it. It is primarily considered to be a Religious herb, the Hebrew religion regards it most highly using it often in their rites. It is also part of the Roman Catholic tradition, used in ten parts to four parts benzoin and one part storax. It is used primarily to invoke the Male Aspects of the Universe. The Babylonians used it to invoke their Bel, their Sun God. It is also used to invoke Apollo, Adonis and the Golden Haired Sun God (or Princely Aspect) of the Pagan Sun-God. It is also used to invoke the Feminine Aspects of the Universe, Demeter and various Moon Goddesses such as Diana and Artemis. The fragrance aids in focusing concentration and being aware of all that is happening within the ritual. It also holds as an herb of Protection in that its cleansing and purifying properties are excellent for the soul and spirits, keeping you safe when exploring the astral realms.

IVY--wreaths should be worn around the heads of all and adorn the altar. It holds the virtue of fidelity and as such was made into wreaths worn by victors and newly married couples by the Greeks. It is a Religious herb sacred to Dionysus and Bacchus. As such, in magickal workings it is said to prevent drunkenness.

MARIGOLD PETALS–use these to purify and cleanse the Circle. It is an herb of Consecration and as such is used in rituals to the Goddess.

MAYBASKETS--this is not an herb but rather a wonderful tradition. On this night place small baskets of flowers and home made treats upon the doorsteps of your friends.

MEADOWSWEET--if you’re desiring to do some magickal working of the romantic kind on this night, offer some of these to the Goddess.

ROSES: any color is appropriate for decorating the altar or the body

WOODRUFF: take this in the cup or (if possible) check out the local liquor store at this time of year and ask if they sell “May Wine”.

Mix the frankincense oil with the oak moss and then add the remaining ingredients. Stir the potpourri well and store in a tightly covered ceramic or glass container.

Decorate Altar area with a small, potted tree inside the Circle.

Make flower garland, string of beads, or small bags filled with flowers to hang from the tree in honour of the marriage of god and goddess.

Appropriate Foods include dairy and dishes such as marigold custard, vanilla ice cream, and oatmeal cakes.