Home All About Cats 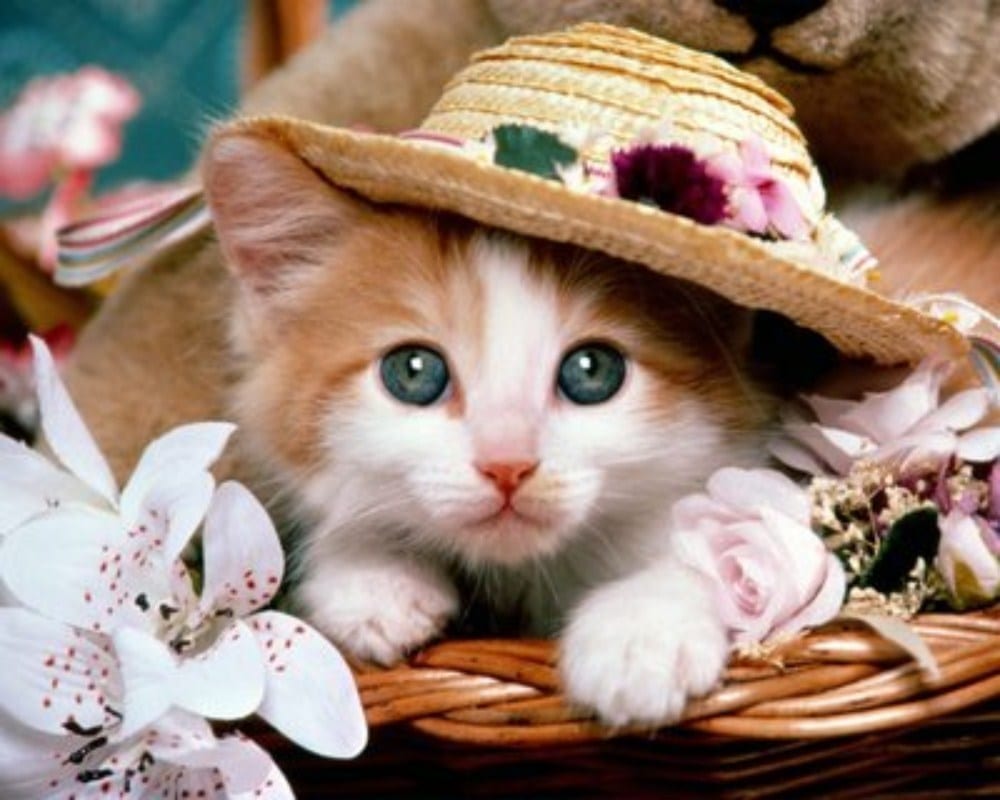 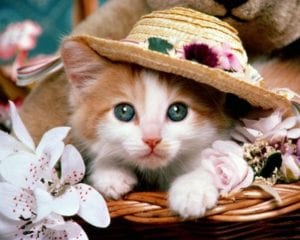 The Cat is a carnivorous mammal of the subspecies Felis silvestris catus. There are dozens of breeds of cat. The Cat has been living in close contact with humans for some 8,000 years. Although the Cat is mostly a solitary breeds, they often form packs in the wild.

Ailurophilia is the “love of cats.”

The most popular names for female cats in the U.S. are Missy, Misty, Muffin, Patches, Fluffy, Tabitha, Tigger, Pumpkin and Samantha.

People who own pets live longer, have less stress, and have fewer heart attacks.21% of dogs and 7% of cats snore.

A cat uses its whiskers to determine if a space is too small to squeeze through.

A cat can live twenty or more years.

The oldest cat on record was Puss, from England, who died in 1939 just one day after her 36th birthday. (We wish we could have them all that long!)

Most cats have no eyelashes.

Cat’s fur easily becomes charged with electricity and sparks can be seen if their fur is rubbed in the dark.

Cats purr at 26 cycles per second, the same as an idling diesel engine.

A cat cannot see directly under its nose.

If your cat is near you, and her tail is quivering, this is the greatest expression of love your cat can give you. If her tail starts thrashing, her mood has changed — Time to distance yourself from her.

A cat keeps purring, no matter if it is inhaling or exhaling.

A cat’s arching back is part of a complex body language system.

The cat was domesticated over 4,000 years ago.

All cats are members of the family Felidae.

A house cat spends 70% of its time sleeping.

There is no single cat called the panther. The name is commonly applied to the leopard, puma and the jaguar.

Cats have true fur, in that they have both an undercoat and an outer coat.

The cat was the symbol of liberty in ancient Rome.

The nose pad of a cat is ridged in a pattern that is unique, just like the fingerprint of a human.

Cats do not think that they are little people. They think that we are big cats.

Cats knead with their paws when they’re happy.

During her productive life, one female cat could have more than 100 kittens.

In 1952, a Texas Tabby named Dusty set the record by having more than 420 kittens before having her last litter at age 18.

The largest known litter (with all surviving) was that of a Persian in South Africa named Bluebell. Bluebell gave birth to 14 kittens in one litter!

A single pair of cats and their kittens can produce as many as 420,000 kittens in just 7 years.

A cat’s normal body temperature is 101.5 degrees. This is slightly warmer than a humans.

A falling cat will always right itself in a precise order. First the head will rotate, then the spine will twist and the rear legs will align, then the cat will arch its back to lessen the impact of the landing.

Give your cat a quality scratching post to deter her from scratching your furniture. Still scratching? Try putting lemon scent or orange scent on the area. Cats hate these smells.

According to myth, a cat sleeping with all four paws tucked under means cold weather is coming.

Egyptians shaved their eyebrows as a sign of mourning when they lost a beloved cat.

In English, cat is “cat.” In French, cat is “Chat.” In German, your cat is “katze.” The Spanish word for cat is “gato,” and the Italian word is “gatto.” Japanese prefer “neko” and Arabic countries call a cat a “kitte.”

Cats get their sense of security from your voice. Talk to your cats! And be mindful of your tone of voice. Cats know when you’re yelling at them (though they may not care).

The more cats are spoken to, the more they will speak to you.

Cats don’t see “detail” very well. To them, their person may appear hazy when standing in front of them.

Cats can see up to 120 feet away. Their peripheral vision is about 285 degrees.

Cats need 1/6th the amount of light that humans do to see. Their night vision is amazing!

A group of kittens is called a “kindle.”

A group of grown cats is called a “clowder.”

Have you ever tried to feed your cat food that was just taken out of the refrigerator? Most cats prefer their food at room temperature, and will boldly REFUSE any food that is too cold or too hot.

Cats are more active during the evening hours.

Cats spend 30% of their waking hours grooming themselves.

According to the Guiness Book of World Records, the heaviest cat on record was Himmy, an Australian cat, who weighed 46 pounds, 15.25 ounces in 1986. Himmy’s waist was 33 inches! The previous record-holder had been Spice, a ginger-and-white tom cat from Connecticut, who weighed 43 pounds when he died in 1977.

Cats love high places. They share this love with leopards and jaguars, who sleep in trees. If a cat begins to fall, his inner ear canal (which controls balance) will help him right himself and land on his feet.

Domestic cats are essentially loners. When placed in a group, they develop their own hierarchy. As long as there is plenty of food on hand, a cat can learn to share it’s domain with other cats.

Unlike humans and dogs, cats do not suffer a lot from loneliness. It is a mistake to project our social feelings onto our cats. Cats are social to a degree, but they are far more concerned with territorial issues than we can even imagine.